It is open to Masters students but it is primarily aimed at PhD students who want to know about Africa and can imagine themselves doing research there. We hope that it will help them identify new and interesting questions. The Masters students will be examined by an exam. The PhD students will have to write a short research proposal on some question on Africa and the last two lectures will be devoted to presentations.

This course has two objectives. First, we will try to convince ourselves that the lenses through which economics and political science have tried to explain “African” “development” are charged with presuppositions that have limited our ability to grasp the logic of those societies. There is nothing specific to those disciplines in that regard, they are part of a given cultural and historical context. In doing that, this course is also about the rich diversity of the societies lumped in the term Africa. Second, we will try to undo the learnings weaved through that lens, but at the same time engage with a fertile ground for research, with a focus on generating new research ideas that carry less, we hope, the heavy veil of our assumptions. We will seek for new notions, ideas, and logics to the fields of economics and politics, many of which African scholars and other social scientists are familiar with. In doing that, therefore, we will explore the set of research topics that have been covered by economists, political scientists, historians and anthropologists, and ask what we can learn about why the diverse African societies have the institutions, economic outcomes, political systems and cultures they have today.

To achieve those objectives, the course begins with a lecture that contrasts the way economists study African societies to that of anthropologists, and offers a few self-reflections about the biases that researchers carry with themselves. This is an attempt to pose the problem. The challenge is then what to do about that. That is the ambitious goal of the remainder of the course.

END_OF_DOCUMENT_TOKEN_TO_BE_REPLACED

How to Influence International Policy: A Workshop on Using Evidence to Brief Executives 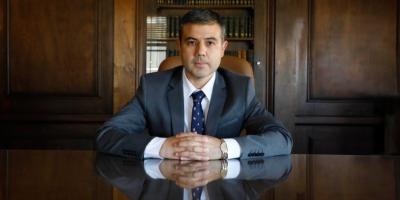