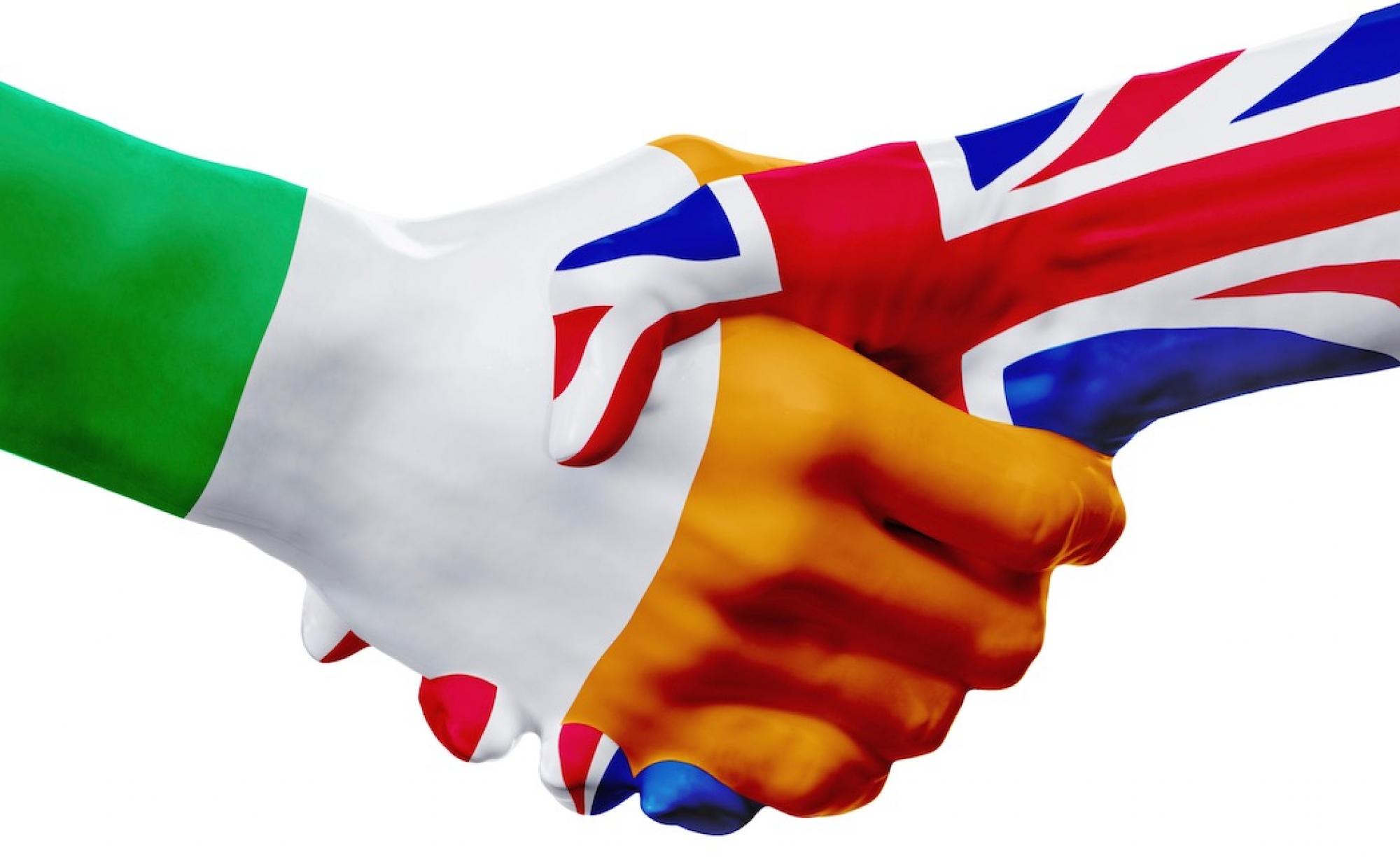 News
Robin Mordfin
At The Reverend Dr. Richard L. Pearson Lecture, Jonathan Powell, who helped negotiate an end to The Troubles in Northern Ireland, explains what it takes to find peace.

The Harris School of Public Policy is world-renowned for its data-driven academic research, but it also embraces the practical. The Reverend Dr. Richard L. Pearson Lecture, proudly presented by The Pearson Institute for the Study and Resolution of Global Conflicts, is an ideal example of that this year, as peace negotiator Jonathan Powell gave a riveting talk on the elements needed for successful negotiations – a good portion of which defied much current academic research.

“I found his emphasis particularly interesting in the sense that most of the academic literature focuses on economic issues as the cause of civil wars and uprisings, which would mean that negotiating those issues would be very salient, but that is not what he is saying at all,” James Robinson, institute director of The Pearson Institute, noted after the lecture. “He is saying that all of these conflicts are really about political issues or ideological issues or identity issues – or something similar.”

The power of grievance over greed

Powell has a long and prestigious history as an international negotiator. As a British diplomat he helped facilitate the return of Hong Kong to China and participated in arms-control talks with the former Soviet Union. As chief of staff to Prime Minister Tony Blair, he led the talks that brought an end to The Troubles in Northern Ireland, a conflict which took place for about 30 years. After his retirement from government, Powell founded the non-profit Inter Mediate, through which he is currently involved in peace efforts in eleven other nations.

That grievance – not greed – is at the core of successful peace discussions was central to Powell’s lecture, in which he emphasized that the only way to reach an agreement is after all grievances have been listened to for as long as those who feel aggrieved wish to share them. “I used to joke in Northern Ireland if we ended a meeting after 30 minutes we would have gotten to the year 1689 and there would be three hundred more years listening to grievances to go through,” Powell said. But even with his knowledge of how long and arduous the process can be, he advocates for a certain level of naiveté in negotiation.

“It is only because Tony Blair and I were sufficiently ignorant that we tried to do something in Northern Ireland, and because we were sufficiently naive, we were prepared to try solutions that had been tried before and failed,” Powell explained. “You will only succeed with a solution that has been discussed before. It's a matter of trying to persuade people that this time it's different and they can try and get to it.”

With this in mind, it can be decades before peace is reached, and Powell is of the opinion that no talks are wasteful. In fact, Powell fully believes that all the talks that took place to end The Troubles, beginning in the 1970s up until the final agreement was signed, were necessary to reach peace, which is in stark contrast to much current political thought. “There is an academic theory of ripeness, that I think is nonsense because how can you possibly know if a negotiation is ripe or not?” Powell said. “You can’t reach up and touch it like a pear on a tree or something to see if it’s ripe. You only know it was ripe because you succeeded.”

This is not to say that greed plays no part in uprisings or civil wars, Powell pointed out. But civil wars are not started because rebels want to make money off of diamond mines in Sierra Leone, for instance. Rather, after a conflict has started, some find a way to make money and therefore want the war to continue. But Powell believes negotiating on economic issues is a waste of time as neither side will feel that it is getting enough money. Other ways must be found to establish common ground.

The art of the peace process

Powell’s talk outlined the elements he deems necessary to reach a successful agreement, along with examples of how these elements have been present or absent in different situations. First among these is inclusivity, by which he means every group involved in a conflict must be represented in the process if peace is to be reached. Unfortunately, he pointed out, this can be difficult to bring to fruition for certain types of governments, especially democracies, which have a hard time being seen talking to those responsible for killing their people.

“We say we won’t talk to terrorists, but we almost always do,” Powell said, explaining that secret channels with various groups are necessary. In fact, Powell himself originally refused to shake hands with the IRA as they had been involved in injuring his father in an ambush and had his brother on a hit list for eight years. Nonetheless, he did talk to them – and the secret channel that allowed communication between British and IRA leadership that operated between 1972 and 1993 ultimately allowed all parties to meet at the negotiation table. But it takes more than communication to reach peace.

A perceived “mutually-hurting” stalemate is necessary to start a successful negotiation, Powell noted. He used the Middle East as an example, pointing out that since one side is not suffering, no agreement is likely to be possible. On the other hand, while at the beginning of The Troubles the British believed they could contain the IRA permanently, by the mid-1980s, that view began to change. “You have people who have been around a long time that have given up on winning the war,” he stated. He explained that generational change is also often needed. In Colombia, leadership of the FARC (Revolutionary Armed Forces of Colombia) are now largely in their 60s, and therefore without much of an appetite for personally engaging in armed conflict and more open to making an agreement with the government.

Of course, a process to reach peace is essential, as without one, there is no way to pursue negotiation. “If you have no process, you have a vacuum. The vacuum is filled by violence because no one has hope there will be a solution. If you have process, people have some hope,” Powell explained. He added that former Israeli President Shimon Peres had said that we know generally what the ultimate agreement for peace will look like in the Middle East, but that there is no process to reach that agreement. According to Powell, he said, “The good news is there is light at the end of the tunnel. The bad news is there is no tunnel.”

Following on the need for a process is the need for a third party, a prospect that worries many governments in conflict. The British government refused to have international participation in the Northern Ireland negotiations until George Mitchell, the former U.S. Senator from Maine and Senate Majority Leader, took over as chairman. Meanwhile, India has never allowed a third party to help them negotiate with enemies in their territories and in Burma neither side has been willing to accept an outside party. While the U.N. played that role in the past, in recent years small governments like Norway, NGOs, or individuals acted as third party intermediators.

Still, blockages will be encountered, and among the worst of these is when parties set pre-conditions. Powell explained that each side will get overly attached to the idea of something being accomplished before talks even begin, which will ultimately paralyze negotiations. “This is especially interesting because that’s not what social science theory would predict,” Robinson said. “Theory would say that if you can commit yourself to something that is a fait accompli for the other side, they will be forced to make concessions. But maybe that is just really bad psychology.”

Powell explained that former British Prime Minister John Major repeatedly insisted that the IRA give up their weapons before talks could take place. And, therefore, they never took place. “If there is anyone on either side who doesn’t want the negotiations to take place, they will use that precondition to stop the negotiations going forward,” Powell noted. The IRA did not disarm until the precondition was no longer required and they could claim that disarming was their own idea.

Building a peace that lasts

Even after an agreement has been reached, the work is not done. Powell explained that peace making is relatively easy in comparison with peace building. “What a peace agreement does is it brings peace, it does not solve problems.” He explained that it doesn’t solve the problems in Northern Ireland, for example, of sectarianism between Catholics and Protestants, which was central to The Troubles. Sectarianism is particularly hard to deal with because it is an intergenerational problem in which people with one point of view have been living with and only speaking with others who have the same point of view and have incredible problems understanding how the other side feels. To change the sectarian situation will take real focus, Powell said, and real determination. The peace agreement allows for that to happen, but it doesn’t make it happen.

“He brought up a lot of things that could change the way we approach studying different elements of negotiation,” Robinson said. “In some ways, the empirical seems to be very different from the theoretical in this area.”

Finally, Powell explained, “You have to have leaders who are brave enough to take risks, who have the patience to stand and take on a long, long negotiation, and most of all, who can remember what happened the last time and learn from it.”

That, he added, is what The Pearson Institute is equipped to do. 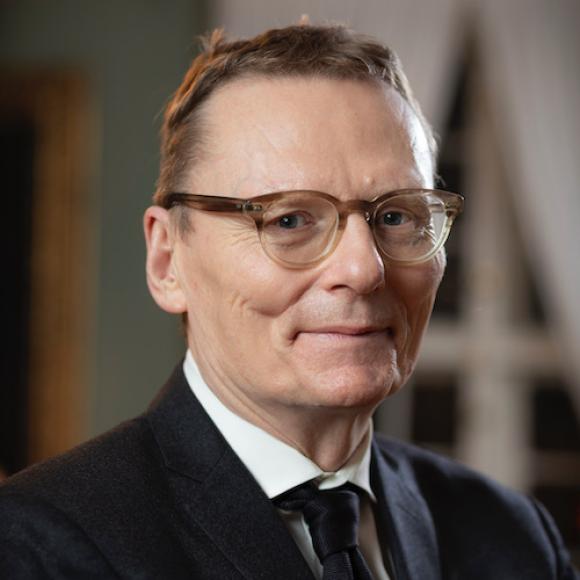 A prominent political scientist and economist, James Robinson has conducted influential research in the field of political and economic development and the factors at the root causes of conflict. His work explores the relationship between poverty and society, and he co-authored "Why Nations Fail."
Back to Top