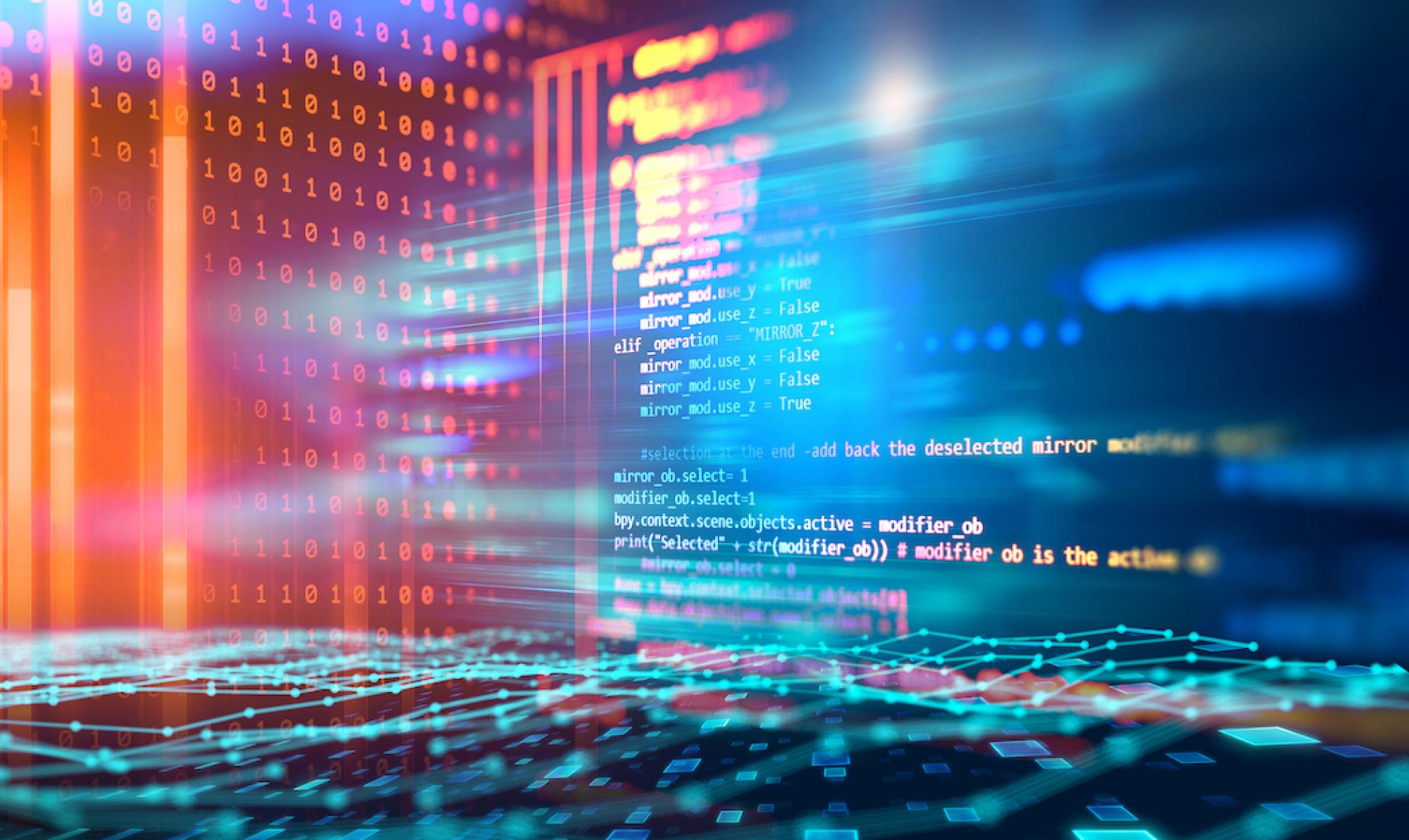 But as MSCAPP prepares to graduate its fifth cohort, the co-founder and co-faculty director is astounded and delighted to see where graduates have gone.

Ferreting out bad landlords. Matching low-income students with colleges that offer the best chance for success. Powering non-profit organizations such as Planned Parenthood and mission-driven businesses like The New York Times.

“They do an amazing range of work,’’ Rogers said. “I am insanely proud of the CAPP alums.’’

The first cohort, just 10 students, gathered in 2014 to begin the two-year master’s in Computational Analysis and Public Policy (MSCAPP).

“We were really, really lucky with the first cohort,’’ Rogers said. “They came with high social intelligence and were interested in creating a healthy culture, and their approach continues to set the tone for CAPP.’’

Natnaell Mammo was part of that group, fresh from Teach for America in Washington, D.C.

A University of Pennsylvania economics graduate with concentrations in statistics and finance, Mammo could have gone down a very different route. He found his fit at Harris instead.

“I enjoy work so much more when I believe it is having an important impact on my community, and this joy and dedication makes me work harder and push myself to continue to grow,’’ said Mammo, who today is a data scientist at The Lab @ DC.

“I’ve been fortunate to be in environments like Harris and The Lab @ DC, surrounded by people with this same passion and dedication.’’

Mammo recalls the first CAPP class, Computer Science with Applications, taught by Rogers. It was tough.

“We all felt like we’d jumped into the deep end,’’ Mammo said. “It was very difficult work, but she was so great at making it approachable. Anne was very caring -- she wanted to make sure you were learning and felt comfortable.’’

“We were really, really lucky with the first cohort,’’ Rogers said. “They came with high social intelligence and were interested in creating a healthy culture, and their approach continues to set the tone for CAPP.’’

Mammo conducts randomized control trials and creates predictive models for The Lab, an applied research team within D.C. government that partners with agencies to ensure their policies and programs best serve District residents.

CAPP courses come into play every day for Mammo. Among his favorite classes was Crime Policy taught by Jens Ludwig, director of the UChicago Crime Lab. Mammo also interned at the New York Crime Lab during the summer.

“I loved how he was able to explain very clearly the different evaluation methods,’’ Mammo said. “He says if you can’t explain with 10 observations by hand, you’re not really understanding it. I really appreciated that start-small, go-big approach.’’

J.P. Heisel, also part of the original MSCAPP cohort, was a high school mathematics teacher in Minneapolis. He yearned for greater impact and he saw that in the power of data.

“I find satisfaction in solving problems and helping people change,’’ Heisel said. “When I decided to transition from teaching to data, I knew it would be data for social good.’’

CAPP looked like the perfect fit. “It was the true integration of data and policy,’’ plus it was in Chicago, a big draw for him and his wife. “So we went for it,’’ selling the house and moving with their one-year-old to Hyde Park.

He is now a data scientist for the City of Minneapolis.

“I cannot stress enough, the program is about using data to better solve problems and deliver services,’’ Heisel said.

“Data is a public asset like water. We procure it, test it, move it, sort it, deliver it through big pipes and little pipes for a variety of uses,’’ Heisel said. Data also is a “very sharp double-edged sword,’’ capable of doing harm as well as good.

“This offered us opportunities to converse on data’s rapidly changing impacts on people’s lives.  We often discussed both the benefits and the harms being done by hastily applying data solutions,’’ Heisel said.

Particularly compelling for Heisel and his fellow CAPP students, for example, was “Weapons of Math Destruction,’’ the celebrated book by Cathy O’Neil exploring how some big data algorithms are increasingly used in ways that reinforce preexisting inequality.

“I came to this job very well equipped to have the conversations I need to have every day,’’ said Heisel, whose clients are the many departments within the city, ranging from housing and health to the fire department.

CAPP specifically equipped him to lead a group crafting the first draft of the city’s data privacy principles. And his work visualizing results of Minneapolis' 2017 Ranked-Choice Voting (RCV) election has led to consulting engagements around the country.

“We all felt like we’d jumped into the deep end,’’ Mammo said. “It was very difficult work, but she was so great at making it approachable. Anne was very caring -- she wanted to make sure you were learning and felt comfortable.’’

Lingwei Cheng, also in the first CAPP cohort, is pursuing a PhD in machine learning and public policy at Carnegie Mellon University.

A native of Chongqing, China, Cheng studied political science at Dickinson College. During her last semester, in Introduction to Computer Science, she used Java to write a program simulating spread of a transmissible disease.

“Looking back, it was a really simple program and there’s not much math behind it. But I was a political science student… and I was very intrigued by its implications,’’ Cheng said. “When I learned about the CAPP program, I knew it would be a good place to continue this interest and an opportunity to push new boundaries in a developing field.’’

CAPP taught her problem-solving skills and resilience, developed from learning disciplines that were completely new to her.

Together, Cheng said, she and her classmates went through several phases: They were excited. They were greatly challenged. They sometimes felt a little lost.

“But ultimately, I believe most people were able to find their perfect fit, that is at the intersection between policy and data analytics informed by computational thinking,’’ Cheng said.

After achieving her CAPP degree, Cheng worked for about three years as a data analyst at the Poverty Lab, part of the University of Chicago Urban Labs network. Bringing CAPP learnings on machine learning and predictive analytics, she took on issues such as predicting homelessness and evaluating working training programs.

Dan Black is Rogers’ partner as co-faculty director and teaches statistics in the program. He reflected on CAPP’s success.

“Today this program seems obvious but five years ago, not so much. But Anne and Chris [Berry] identified a shortcoming and people just looked at it and said, ‘Of course this is what we should be doing.’’’

Because it was a faculty-driven initiative launched by Chris Berry, Bob Goerge, Brett Goldstein, and Rogers, among others, there was immediate buy-in across Harris and the Computer Science Department, “making an excellent program very quickly,’’ Black said.

Initially CAPP was designed it for students with greater experience in public policy than in computer science.

“Now we are finding a second set – students with a very good background in computer science and not as much experience in public policy. And it is very exciting,’’ Black said.

The program has grown quickly, with 60 students in the current cohort. That speaks to a number of elements, Black said – the standard University of Chicago rigor, flexible curriculum and superb faculty.

As much as anything, though, it’s about culture. For that, Black and others give all the credit to Rogers.

“Anne has thought very hard about how to build a sense of belonging to the program,’’ Black said.

Especially valuable is Rogers’ work to keep alumni connected and available to current students. “In a lot of ways we as faculty aren’t as good advisors as alums,’’ Black said. “There’s nothing like a person a couple of years ahead of you saying, ‘You can do this’, or ‘I know of this opportunity.’’’

Rogers, in keeping with her reputation, assigns credit widely.

“I just think that together we’ve created something very special. I genuinely think CAPP is a special opportunity and everyone who participates contributes to that.’’

Read perspectives from CAPP alumni on their time in the program and what it made possible: 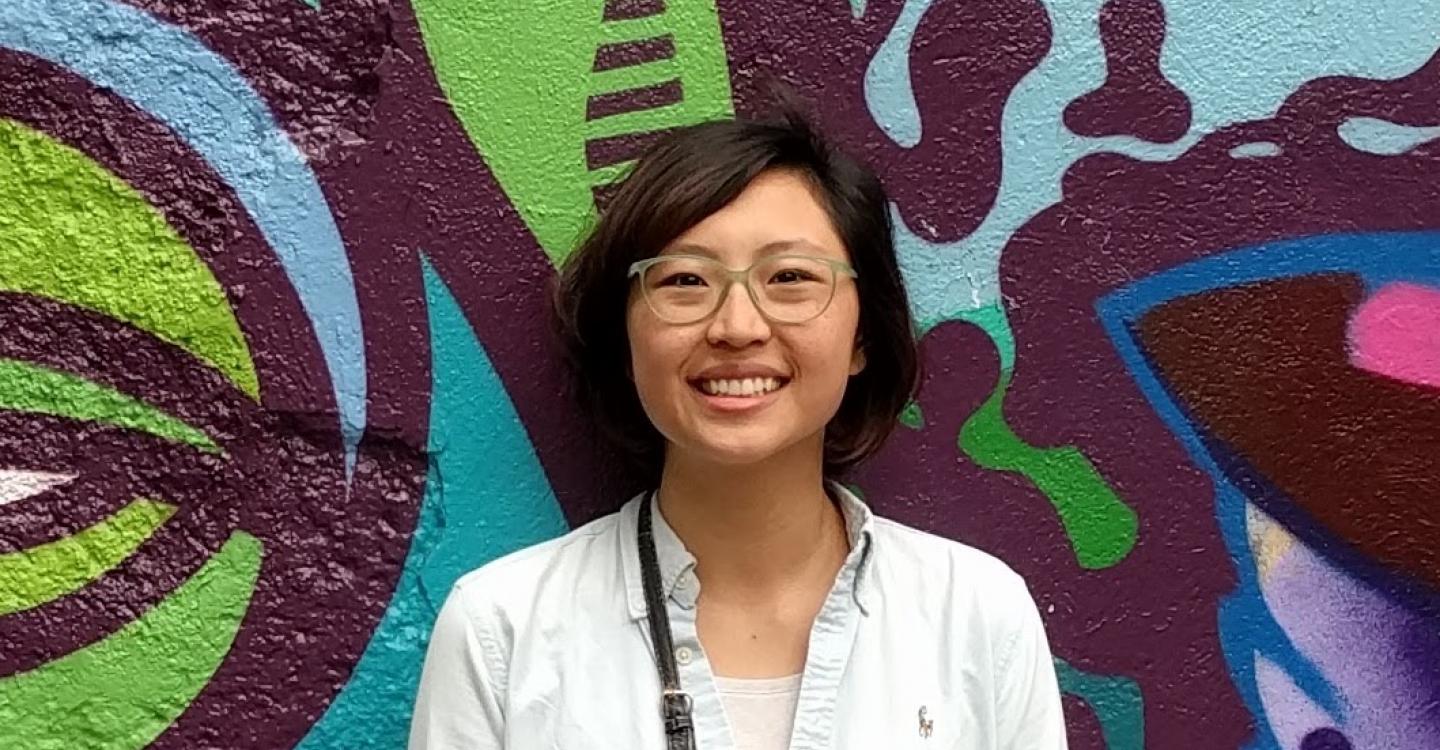 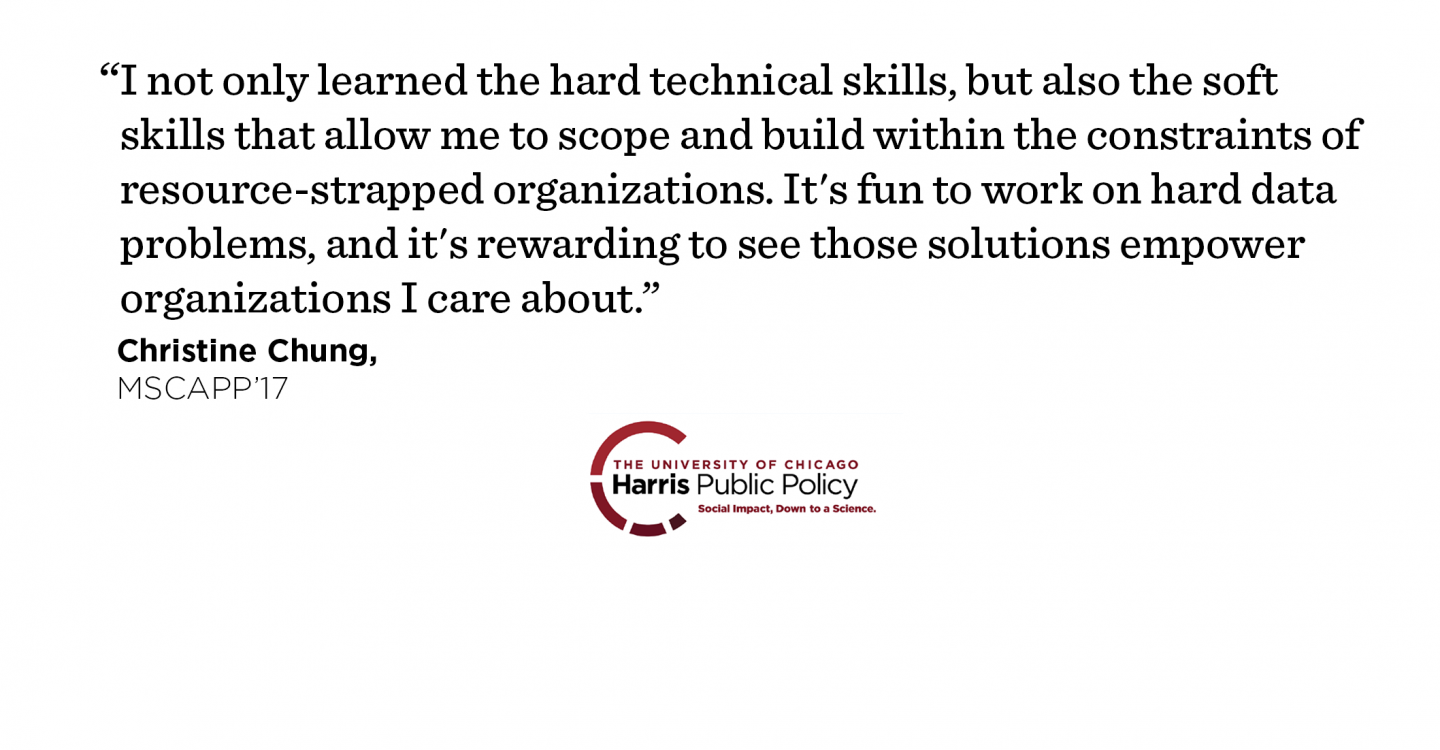 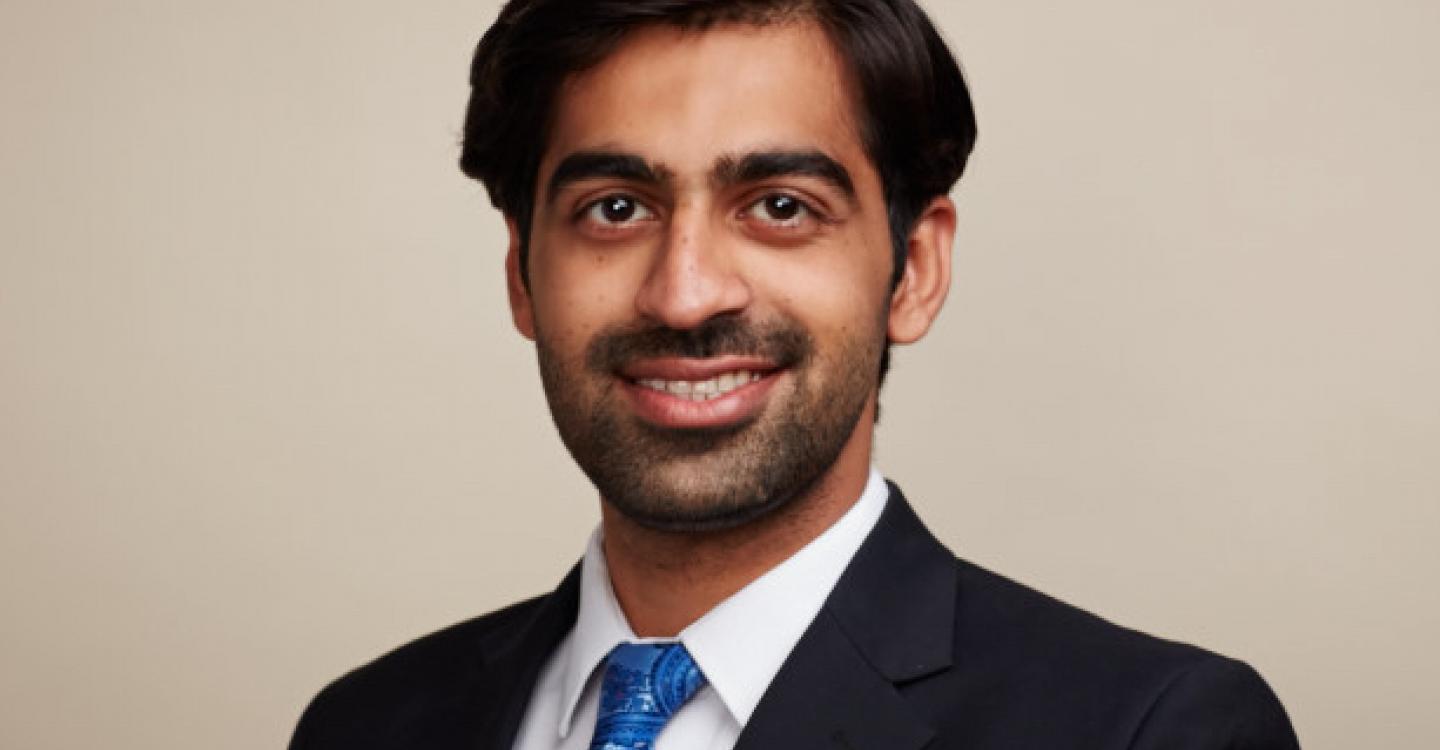 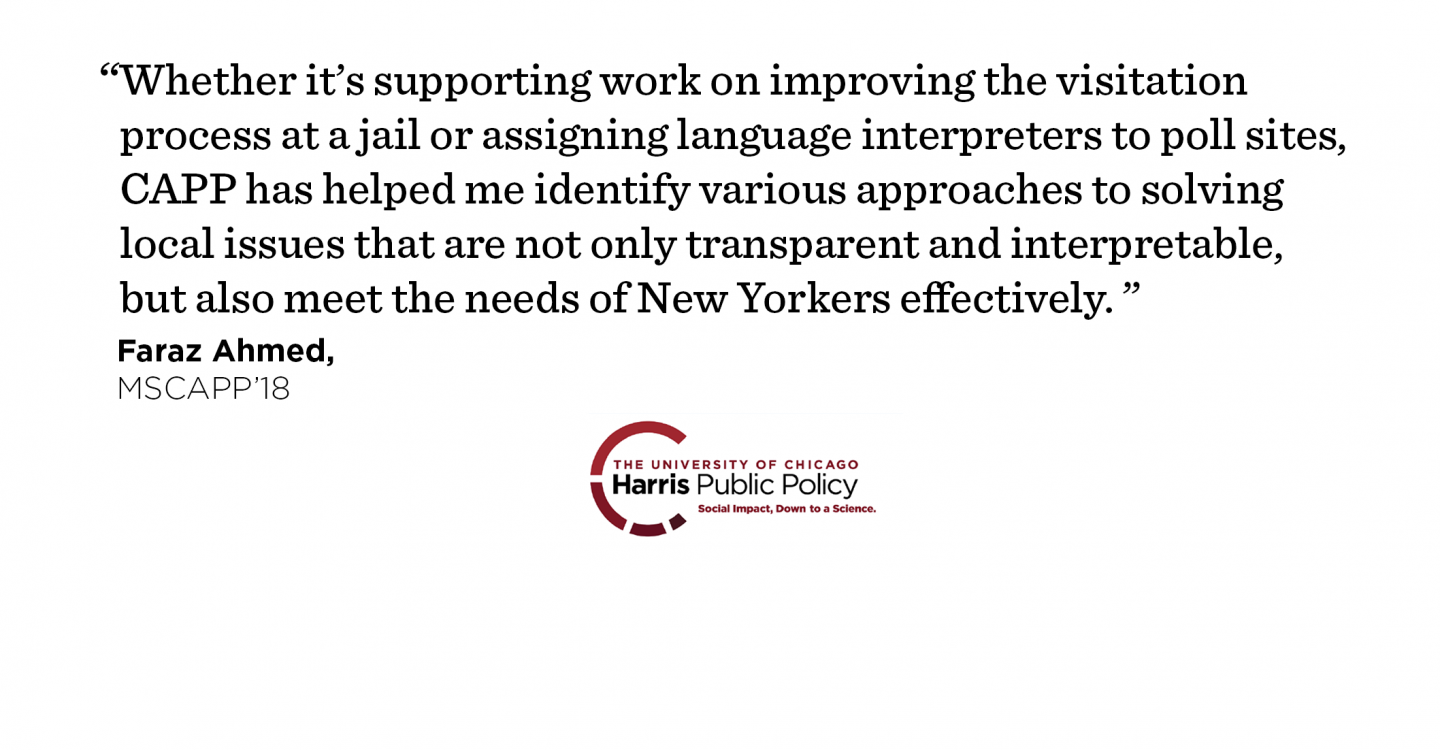 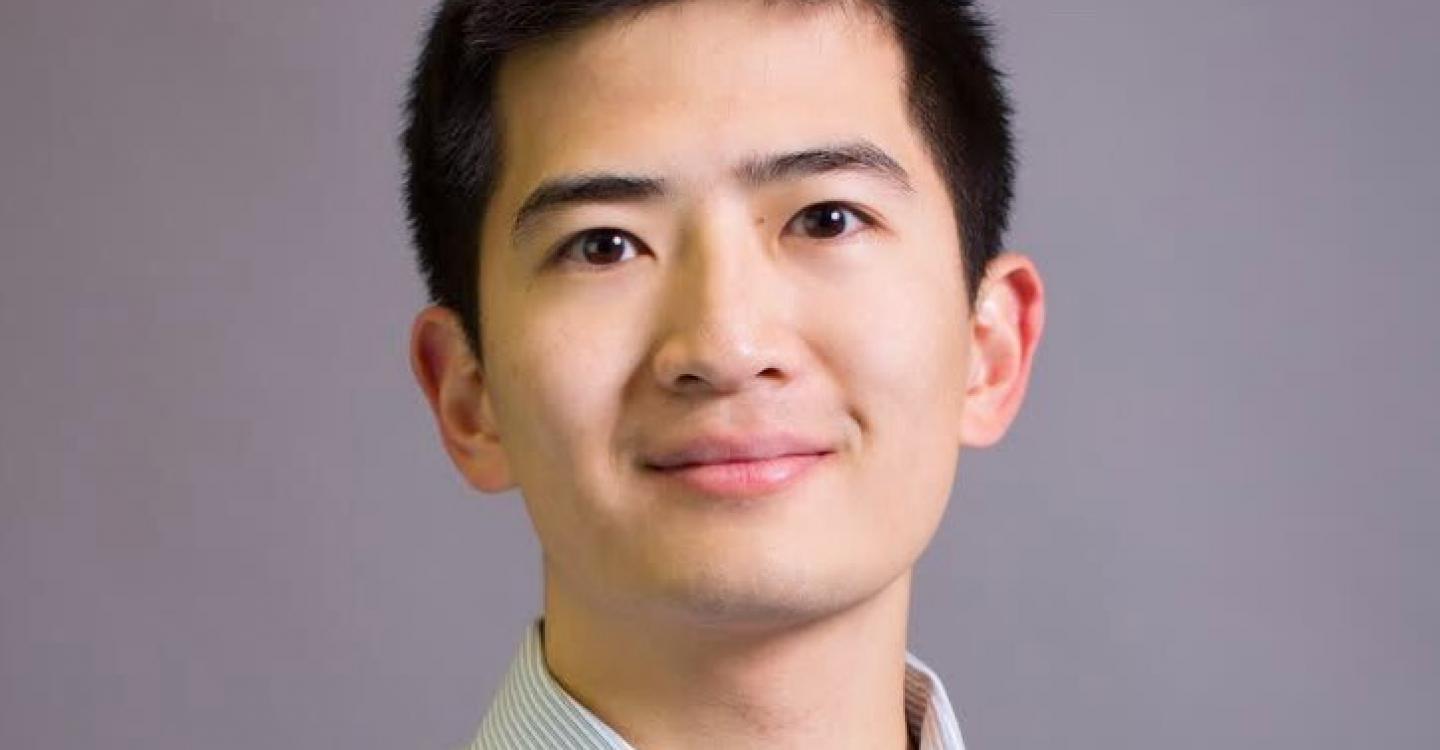 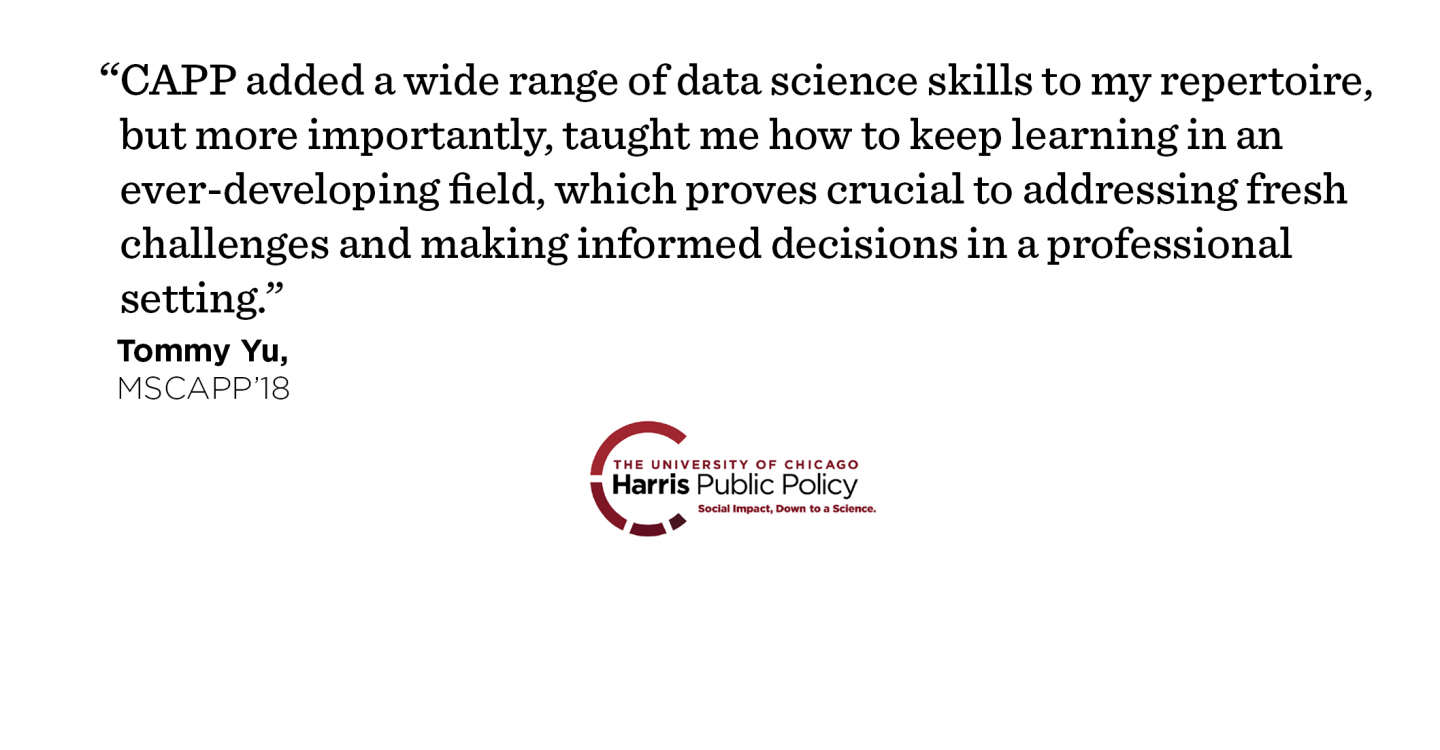 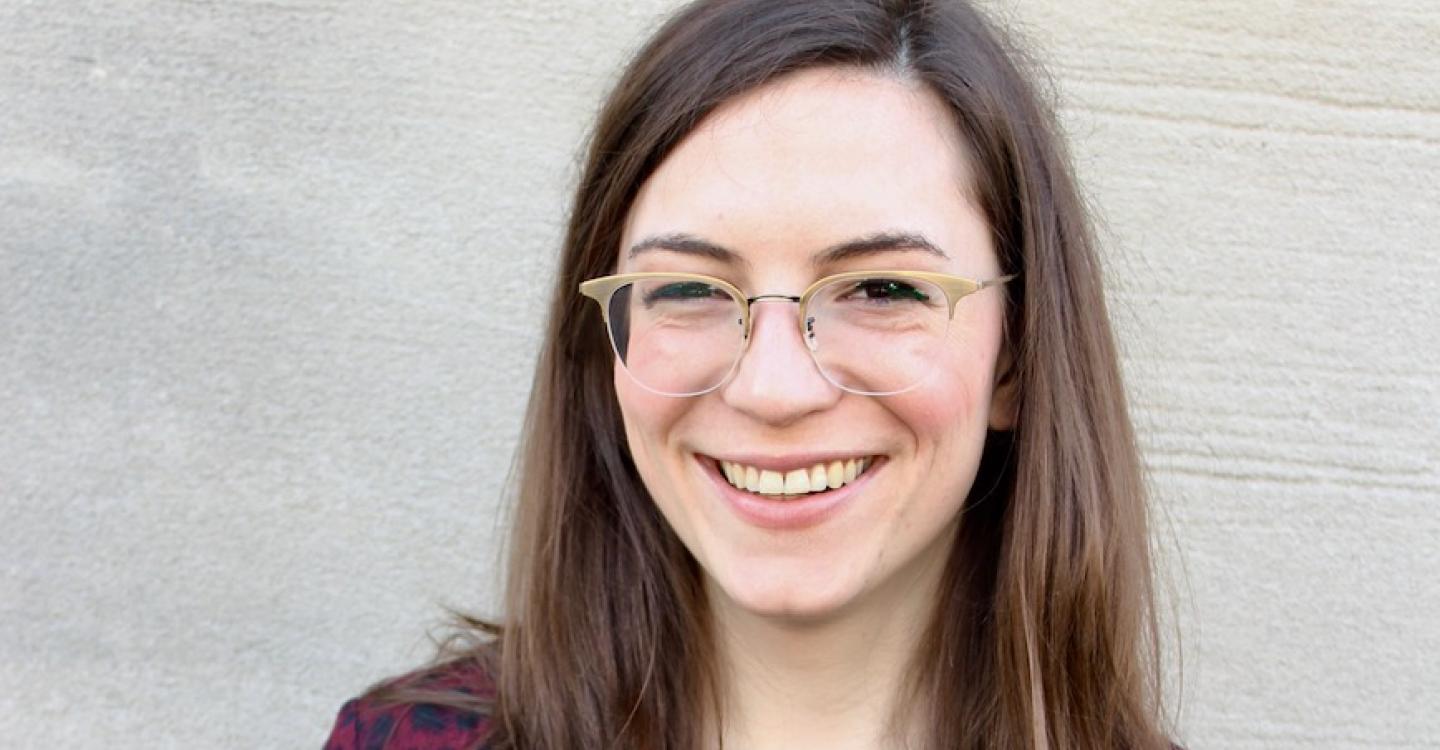 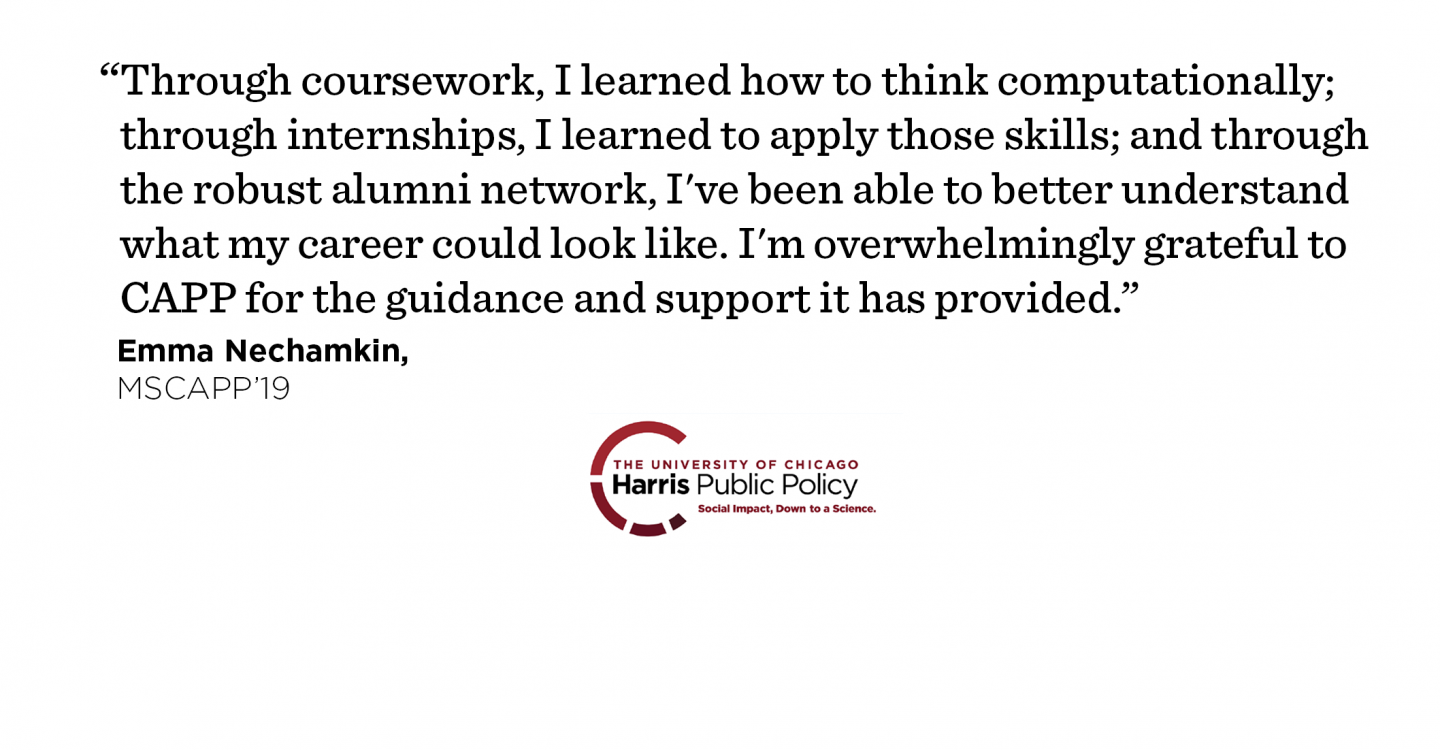 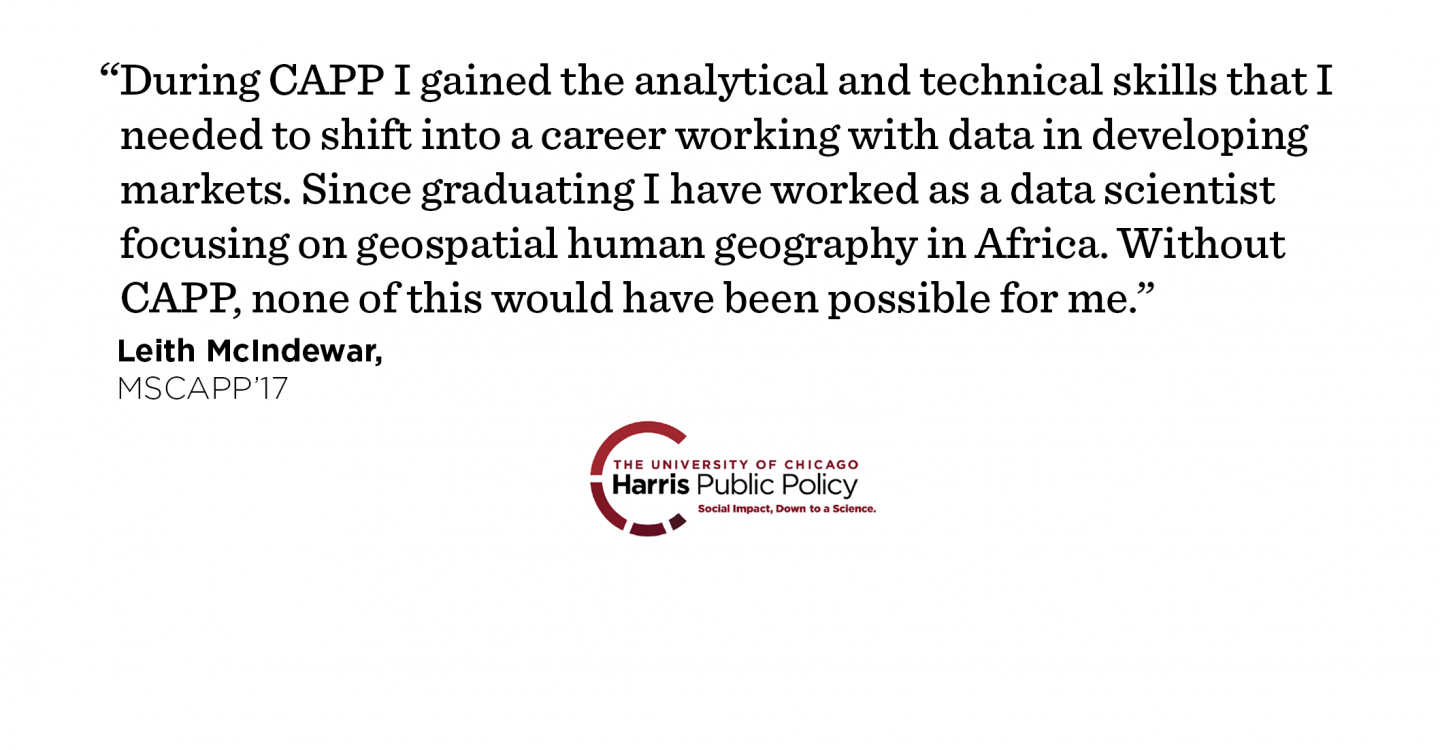 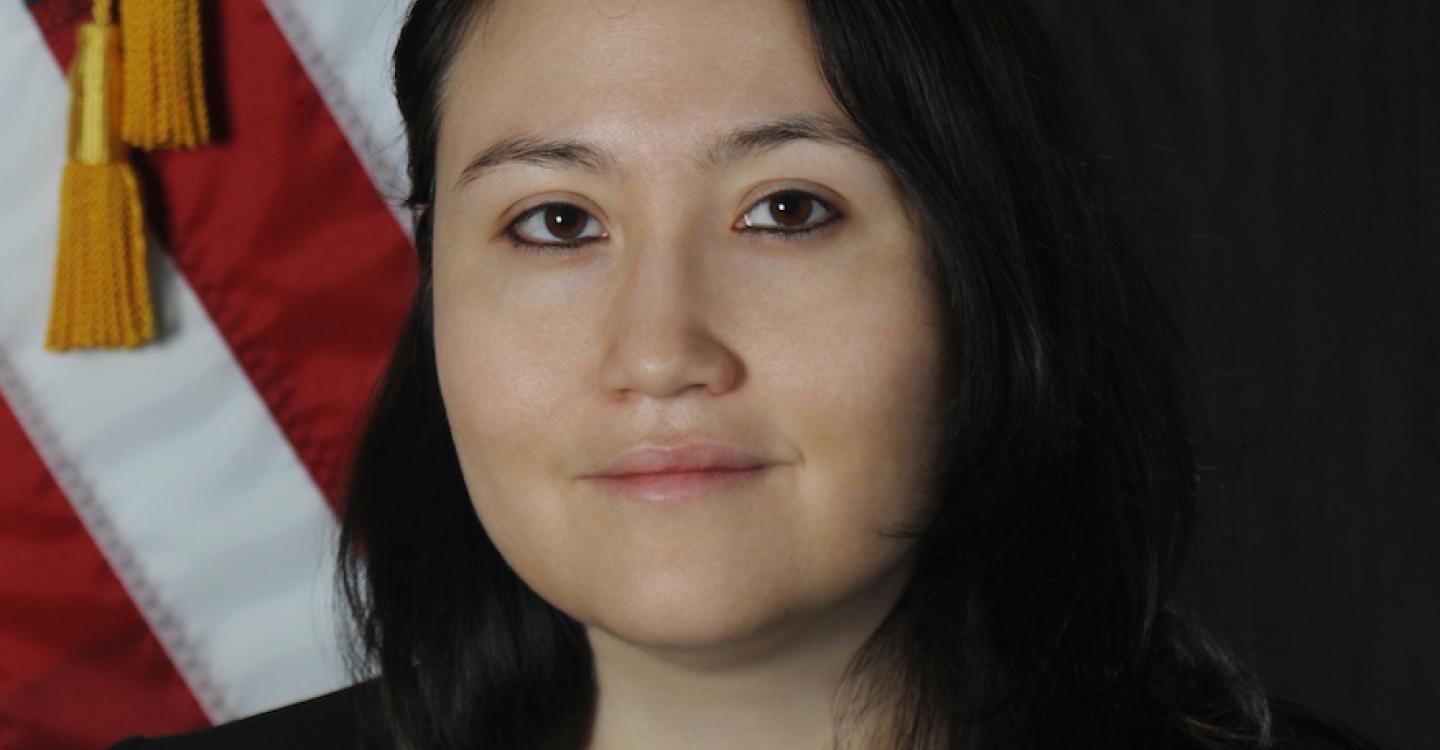 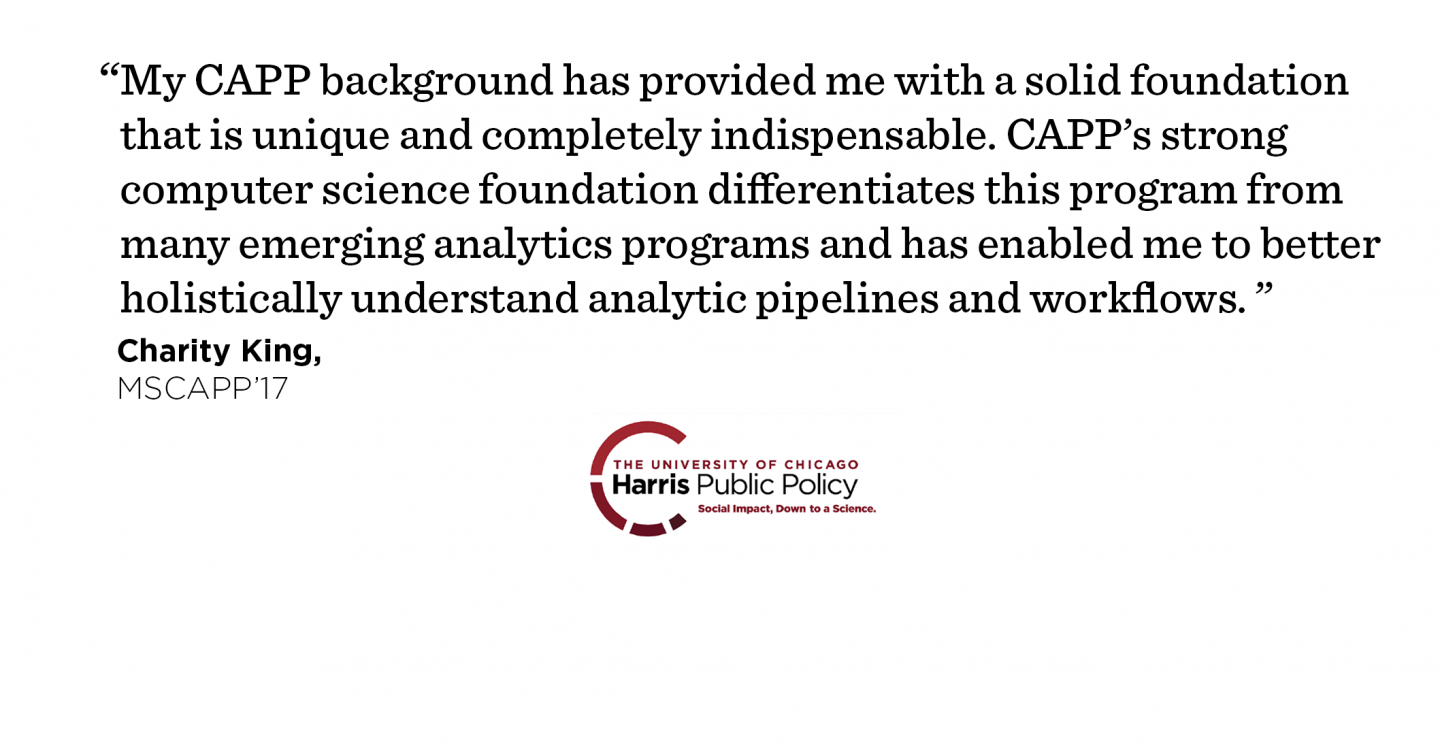 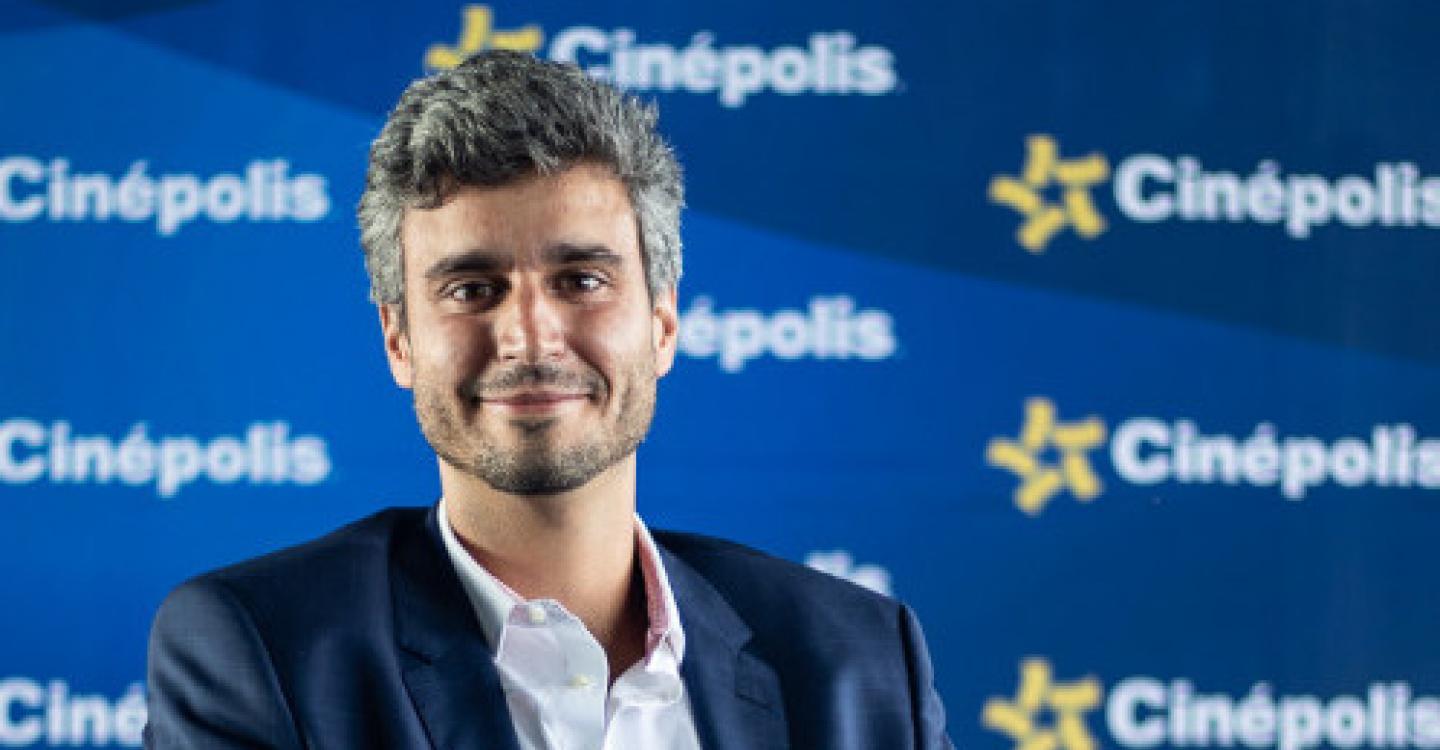 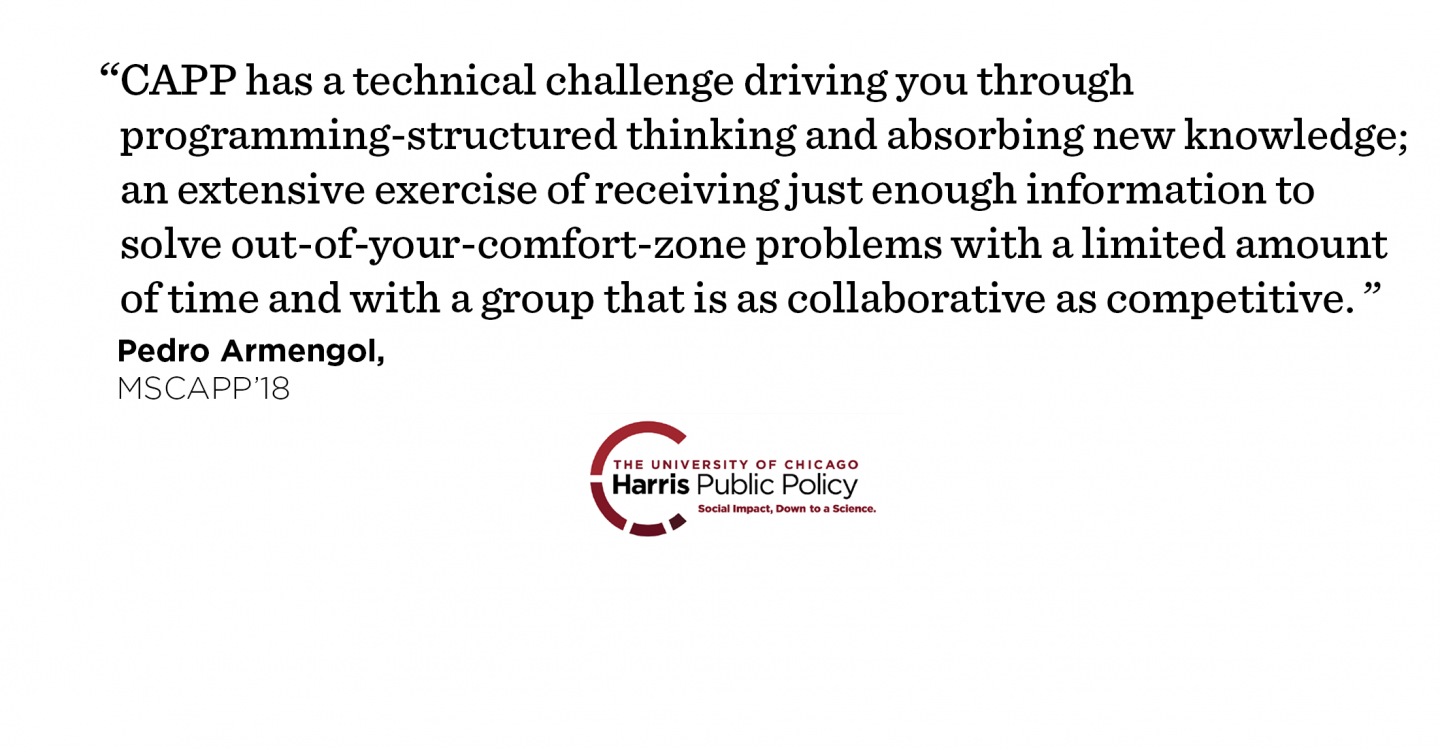