The earnings gap between African-American men and white men is the same now as it was 60 years ago for the median worker, according to a new study from University of Chicago economist Kerwin K. Charles and Duke University economist Patrick Bayer.

In the study, Charles, the Edwin A. and Betty L. Bergman Distinguished Service Professor and interim dean at the University of Chicago Harris School of Public Policy, and Bayer take an innovative look at federal data on the earnings of African-American and white men from 1940 through the Great Recession. Their results provide a sobering picture of the persistence of income inequality for the vast majority of African Americans. The researchers also found the wage gap closing swiftly at the top of the earnings scale, suggesting that targeted, race-specific policies have been effective in expanding access to top-tier educational opportunities and high-wage professions.

Historically, most economists have focused on average earnings when comparing black and white wage differences—an approach that blurs the increasing divergence between the highest and lowest earners. Charles and Bayer decided to look at the data in a different way, ranking black and white men from 0-100 based on their earnings and then comparing them using such a scale. The researchers also included “zeroes” in their analysis—men who are not part of the workforce and who have zero earnings. The resulting analysis captures the impacts of rapidly rising income inequality in the United States and provides a much starker representation of the widening gap between most African-American and white men.

“It’s astounding that, in terms of economic rank, a black man in the middle of his economic distribution is no closer to his white counterpart in terms of earnings than was his grandfather,” Charles said.

“It’s astounding that, in terms of economic rank, a black man in the middle of his economic distribution is no closer to his white counterpart in terms of earnings than was his grandfather."

A major factor in the new findings was the inclusion of the zeroes because they factor in a rapid rise in the number of men in their prime earning years who are not participating in the workforce. Today, roughly one of every eight U.S. males considered prime earners is not working. That number is one of three for African-American men. “Zeroes are growing for everybody, but they are growing more for blacks, and they are growing more for blacks in every dimension,” Charles said.

One major driver of the decline in workforce participation among African Americans has been the implementation of government policies over the past five decades that have resulted in mass incarceration. “Jail has had a terrible effect on young men, especially young African-American men,” Charles said. “You could think of incarceration policy as sweeping ever-larger numbers of men—particularly less-skilled men—out of small positive earnings into zeroes.”

African-American men also have been hit hard by the collapse of U.S. manufacturing, which once was a leading source of middle-income jobs for those with lower levels of education. “Back in 1940, there were plenty of jobs for men with less than a high school degree,” Bayer said. “Now education is more and more a determinant of who’s working and who’s not. The labor market for low-skilled workers has basically collapsed.”

The experience of African-American men at the top of the earnings scale underscores the crucial impact of higher education in narrowing the earnings gap between races. “At the very top of the distribution, young black men today are only a few quantile points below their white counterparts,” Charles said. “If one looks at the same number in 1950, it turns out that the rank gap, which used to be the biggest at the top, is now smallest at the top. It’s a complete reversal.”

The advances made by the highest-achieving African-American men show the positive impacts of race-specific policies over the past decades. “At the 90th percentile, virtually all of the gain comes from race-specific advancement,” Charles said. “It is as if the white distribution stayed the same and the black guys at the top are marching upon their white counterparts. That black men who are at the top of their group in terms of skills are doing ever better shows that the opening up of colleges and the opening up of occupations to African Americans had a marvelous effect.”

Below the 90th percentile, however, the positive impacts of increased educational attainment have been offset by massive shifts in the U.S. economy. The education gap between black and white men has shrunk noticeably over the past 75 years, with the numbers of African-American men with high school diplomas increasing dramatically. But at the same time, the employment prospects for high school graduates with no college education have steadily diminished.

“In essence, the economic benefits that should have come from the substantial gains in education for black men over the past 75 years have been completely undone by the changing economy, which exacts an ever-steeper price for the differences that still remain,” Bayer said.

Listen to Prof. Kerwin Charles break down the key findings from his study as he explores why the median African-American male holds the same position relative to the median white male as his grandfather did.

END_OF_DOCUMENT_TOKEN_TO_BE_REPLACED 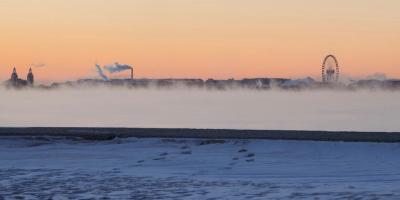