The University of Chicago Harris School of Public Policy has launched a Double Executive Master’s in Health Policy with the London School of Economics and Political Science (LSE) designed for mid-career health professionals interested in accelerating their careers.

Though a newer program, past Harris Public Policy graduates have taken part in summer programs at the LSE. One of those graduates is Jason Helgerson, a 1995 graduate of the Harris MPP program who is now the Medicaid Director at the State of New York Department of Health.

When did you study at LSE and what was your experience like?

While most of my colleagues worked over the summer, I attended the Summer Graduate School Program at LSE in the summer between the two years of my MPP. I lived in a dorm and I took classes on macroeconomics and the Economics of the European Community. It was an experience I greatly enjoyed and recommend. As a Harris alum and a participant in an LSE summer program, I have a sense of the strengths of both places. The quality of the programs, the rigor, and the attention to the analytical approaches at LSE strongly complement and align with those of Harris. I felt very much at home when I was at LSE and it was a great complement to what I was learning at the University of Chicago.

Why would you recommend the Chicago-LSE Double Executive Master’s in Health Policy?

The Double Executive Master’s is such a unique opportunity to share experiences across borders. Human beings are human beings, and health care challenges are not unique to the U.S. There’s a tremendous amount that we can and should be learning from each other. We have far more in common than not.

Through this program, students will have access to a robust curriculum and gain additional skills that will be really important to folks looking to become health leaders. Historically, there has not been much opportunity for cross-national learning or systemic opportunities to share experiences across borders. Sometimes we look at pieces of our health care system and say, “We are so different, there’s not much to learn from the United Kingdom or other systems.” They often think the same. But we—and they—couldn’t be more wrong. For example, the solutions that we’re pursuing in New York have very strong parallels to what is being pursued in England. I was recently in East London and Manchester where areas have been devastated by the end of the coal industry. People are on the ground trying to work across systems. The strategies are very similar to what we’re doing here now in the United States.

There’s a significant desire in U.S. health care for sharing across organizations in order to provide more integrated care and to put the patient more at the center of care. That exact same move is happening in the United Kingdom and is a primary reason why I travel to England and speak to health financial managers there. I want to learn from them because making our health care more integrated is the way to make the system sustainable long-term. The United States is the worldwide outlier on cost. We spend 18 percent of our GDP on health care. In comparison, England spends 9 percent. I know that I can’t point to outcomes that suggest that we get twice as much value in our health care system. Our system is stretched financially and there’s a lot we can learn from other countries.

Why is adding an MA partnership with LSE a boon for students?

I think that Harris and its students will benefit from that depth and breadth of another worldwide university—one of the most respected in the world. For example, the British have focused more on worldwide and European cross-national studies than we have. They see more commonality with their European counterparts and leverage more information sharing. In the United States, when we think of a health system, we define it as a large, single-employed entity. Outside the United States, they typically define a system as a geography across organizations and think more in terms of population health. I believe that we need to think more along those lines. Students at LSE will have exposure to that thinking, which has been old hat in Europe for a while.

The world needs more social entrepreneurs to identify challenges and come up with solutions and learn from each other. The Chicago-LSE Double Executive Master’s in Health Policy is the only one I know of that creates training opportunities for the health care professionals of the future across borders, and encourages the research agenda that will allow us to look across and learn from multiple nations, while getting to live in and enjoy two world-class cities.

END_OF_DOCUMENT_TOKEN_TO_BE_REPLACED

You Can Lead Through a Crisis but Can you Coach Through One? 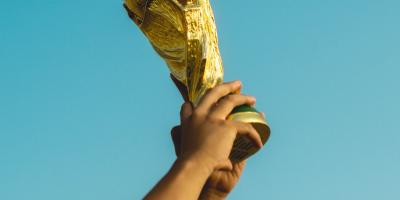