Juan Camilo Mejia, MPP’20, was working as a consultant for a private sector firm in Bogota, Colombia in 2015 when he had an important realization: “While I had worked on a lot of interesting projects and learned useful skills, it struck me that I wanted to make more of a social impact. So I decided to seek out a role where I could help my community and country more broadly.”

He went to work for Colombia’s National Planning Department, which advises the President of Colombia on how policy should be deployed throughout the country. Under the Deputy Director of Telecommunications, Mejia worked to extend internet access to rural areas throughout Colombia.

“It was interesting for me. I didn’t have a background in telecommunications,” he said. “The team was really small when I started, but it began to grow because the issue became really important in the country.” As he worked on telecommunications, Mejia realized he really enjoyed the topic and wanted to pursue it for the rest of his career.

Mejia then moved to become an advisor to the Director of Digital Development, where he focused on the Colombian government’s use of big data and helped to create policies to bring internet access to 10 million people living in rural areas.

In 2018, Mejia decided that he wanted to pursue a second graduate degree. He had obtained both his bachelor’s and master’s of science in economics from Universidad de los Andes, but he wanted formal training on policy development.

“I wanted to learn how to make good policy for the country,” he said. “And a master of public policy degree would be a good opportunity to be exposed to different ways of thinking.”

Mejia chose to pursue his Master of Public Policy (MPP) at Harris because of the rigor of the curriculum, the vast number of resources available at the University of Chicago, and the diverse, international student body.

While at Harris, Mejia served as president of Latin America Matters (LAM) and co-founded Harris Tech, a Harris Student Organization (HSO) focused on promoting issues at the intersection of policy and technology. As president of LAM, Mejia held two forums focused on policy issues in Latin America, brought in several high-ranking members of foreign governments, and made the club one of the largest student groups at Harris.

“The thing I enjoyed the most about Harris was learning from my classmates. I got to talk to people from different backgrounds and learn from their experiences and how they think,” he said. “Learning to make those connections has helped me to be successful in my current job. And I have kept in touch with many of the people I met while at Harris.”

After graduating from Harris in 2020, Mejia worked at Data-Pop Alliance, an organization that works with governments to utilize data to increase citizens’ welfare. Then in January 2021, he joined the Palladium Group as a technical advisor for digital solutions and transformation. He works with the United States Agency for International Development to implement policies around telecommunications and technology.

In the future, he hopes to continue working at the intersection of policy and technology to address the growing global disparity between those who have access to the internet and those who do not.

For current students and those thinking about applying to Harris, Mejia said to remember that graduate school is about more than just academics. “There are many different skills you can learn from the University of Chicago community— take advantage of that from the start.”

END_OF_DOCUMENT_TOKEN_TO_BE_REPLACED 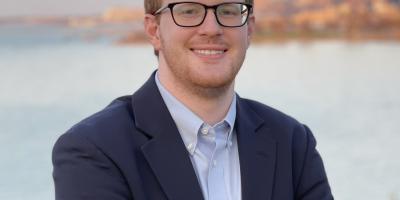