Caroline Johnson was born and raised in Colorado Springs, CO. She attended the United States Naval Academy and graduated with a Bachelor of Science in Economics in 2009. Upon commissioning as a Naval Officer, she joined the elite, Naval Aviation community and began flight training in Pensacola, FL. In 2011, she was awarded her wings of gold and designated a Naval Flight Officer, more specifically an F/A-18 Weapons Systems Officer and she was awarded the Paul F. Lawrence award for top strike fighter graduate and was also recognized as the overall Top Graduate.

Caroline flew F/A-18 Super Hornets as a member of VFA-213 the World-Famous Fighting Blacklions and she embarked aboard the USS George H.W. Bush, deploying for 9 months in 2014. On her historic deployment, Caroline and the Blacklions flew in support of operations in Afghanistan, Iraq, and Syria. Her squadron employed the first weapons on ISIS in Iraq, led the first ever strikes into Syria, and Caroline was the first woman to neutralize ISIS from an F/A-18. At the Blacklions, Caroline completed her SFWT level II, III, and IV qualifications, she earned her qualification as a Combat Mission Commander, and she also graduated with honors from the University of Oklahoma with a Masters of Arts in Administrative Leadership.

During her final tour on active duty, Caroline returned to the United States Naval Academy, where she was a Senior Leadership Instructor and Aviation Operations Officer. During her instructor tour, she developed a new leadership curriculum for 1100+ third year undergraduate students, piloted a Gender in Leadership NOLS course, sat on the Naval Academy Women's Network board, and was consistently ranked as one of the top leadership instructors in the 35+ member Leadership, Ethics, and Law Department. Currently in the Navy Reserves, Caroline continues her service as an advisor and liaison officer for a Fort Worth based task force.

Transitioning to the private sector, Caroline published her memoir, JET GIRL, in November 2019 and was featured on the Today Show, Fox & Friends, MSNBC and currently she is a professional leadership speaker appearing at Google, Harvard, Merrill Lynch, SAP and among others. Professionally she has worked for extended periods at private sector companies like Point72 and Gartner, and has managed her sole proprietorship. In addition to speaking, Caroline is presently a Lecturer at University of Chicago Harris School of Public Policy and is attending University of Chicago Booth School of Business Executive MBA program. 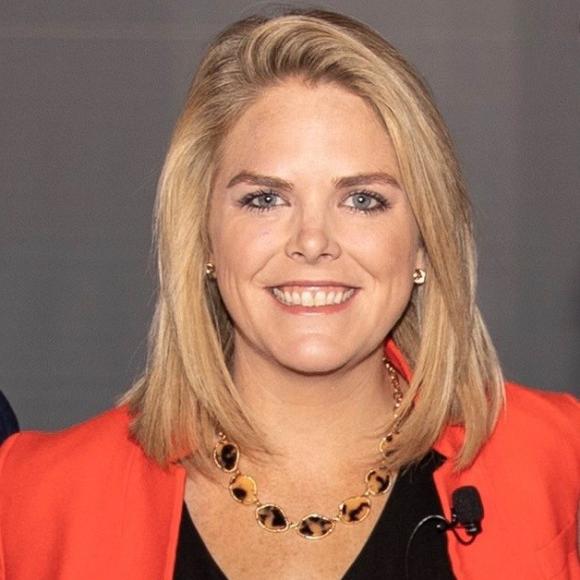