Well before coming to Harris, M. Merritt Smith used data analysis to seek out public policy solutions. As an undergrad at Tufts University, Smith created his own degree program, Data Science in Public Policy, in order to bridge the gap between his interests in computer engineering and philosophy. “I had taken a class on ethics and got to thinking about how I could best benefit others. I then recognized the questions I had are best answered using data, data analysis, and a computational toolkit.”

Smith spent a year studying at the London School of Economics and also took online courses for data science, teaching himself Python for machine learning and pulling together everything he’d learned in order to use data science tools to analyze and improve public policy.

After Tufts, he spent two years at TRACE International, where he researched corruption and bribery as part of an international working group studying how to use nonlinearities to understand corruption. “With corruption and bribery, the people most aware of the crime are those benefiting from it, so normal crime data collection doesn’t work,” Smith explained. “I focused on how to get information on corruption and estimate the level of corruption in a country.” Combined with his few stints as a data engineer intern and his time authoring a chapter of Corrosive, a book edited by a collection of corruption researchers, Smith considers his professional background through the lens of data science. “My work was that of a data scientist, combining process improvements, software development, and research,” Smith recalls.

“My interest in policy has always been about scale: how can I benefit people to the greatest extent? And what touches the most people’s lives? Laws and policy.” Smith said his interest in enacting change back to his initial fascination with philosophy—utilitarianism in particular. “The connection to policy came from my father: his work as a city attorney introduced me to city government and the change that policy can enact. Then, in college, I realized my skills could either be used to make people click on ads or to improve processes such as transportation, development, and others.” His choice, he said, was fairly clear.

After graduating from Tufts and working at TRACE, Smith realized he didn’t have the public policy experience to make the impact he sought. “I needed more experience with things I hadn’t touched before—regression discontinuities, microeconomics, and the like.”

Then, Smith found the UChicago Harris Master of Science in Computational Analysis and Public Policy. Or, more accurately, it found him. “I saw a tweet about someone getting into the program. I started researching the MSCAPP and not only was it exactly what I wanted, there was nothing else like it that I knew of.

“I also was excited about my MSCAPP studies being less isolating than my undergrad studies. In undergrad, no one was doing the same thing as me: I had to constantly explain what I was doing. With MSCAPP, and Harris more broadly, everyone is interested in improving policy with quantitative methods.”

Currently working as a research engineer for the Mansueto Institute on campus, Smith is already looking ahead to his career after Harris. “I’d like to work as a chief data officer for a government agency or continue on as a research programmer with a think tank.” This summer, before his final year at Harris, Smith plans to work at the Census Bureau as a Civic Digital Fellow.

When he has time to step away from his desk and MSCAPP work, Smith participates in competitive powerlifting and enjoys playing chess. He’s also an avid bikepacker: “I load up my bike and set out into the wilderness—it’s essentially backpacking on a bike.”

Reflecting on his journey to Harris, Smith recommends prospective students go all in. “It’s going to be stressful no matter what, but in my experience, just going headfirst into everything is the best way to get the most out of it. The highest grades aren’t what’s important—what’s important is gaining the skills and experiences you’ll need for what you want to do beyond your degree.”

END_OF_DOCUMENT_TOKEN_TO_BE_REPLACED 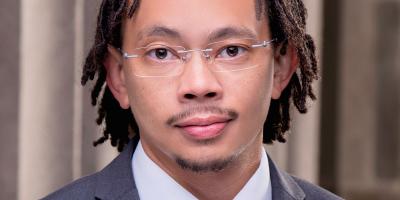