Luis Martinez is an Assistant Professor at the University of Chicago Harris School of Public Policy. Born and raised in Bogotá, Colombia, with a Colombian father and a Venezuelan mother, his main research interest is in the analysis of political institutions in developing countries, with a regional focus on Latin America. His new research employs a novel method to expose the extent to which autocratic governments exaggerate their economic growth. We sat down with him to learn more.

You recently examined whether GDP growth estimates in autocratic countries can be trusted. What did you find?

Governments of all types, no matter how democratic or non-democratic they are, have an incentive to make their economies seem healthier than they actually are. In a democratic regime, there is a set of institutions that keep this temptation in check: A free press can investigate, and an independent legislative branch can demand transparency and accountability. But in autocratic governments, there aren’t the same checks and balances.

I found that autocracies overstate their yearly GDP growth by approximately 35%.

What’s the broader impact here? Why is it so critical that we equip policymakers and citizens with more accurate information on economic activity?

People pay attention to these GDP growth numbers. Individuals and firms make consumption and investment decisions based on how they think the economy is doing. And when people go to vote or to demonstrate, these numbers matter. If the numbers are manipulated, this could lead people to make poor decisions.

Furthermore, if we rely only on the self-reported data, we’d conclude that autocracies are dramatically outperforming democracies economically. By conventional measures, only five democratic countries appear on the list of the 20 fastest-growing economies around the world between 1992 and 2013. But when you adjust the data based on my model, you get a much more nuanced picture: democratic countries actually account for ten of the 20 fastest-growing economies.[1] [2]

You used a very clever method to expose the truth. Can you explain it?

I looked at two primary measures: the self-reported GDP figures that governments produce and nighttime lights recorded by satellites. There’s strong evidence that these lights are a good proxy for economic activity and economic growth. As economic activities expand, places literally become brighter at night. And, of course, the nighttime lights have a nice feature: they’re very hard to manipulate.

I started by establishing a baseline for the relationship between economic growth and nighttime lights in democratic countries with reliable self-reported data. This allowed me to build a model that can estimate the rate at which GDP growth is overstated in autocracies.

I also go further by breaking down the subcomponents of self-reported GDP growth estimates. I find that autocratic governments avoid inflating the data in areas that can be validated by third parties, such as international trade. Instead, the inflated estimates are concentrated in public investments and direct government consumption, for which there is no third-party validation and are much easier to manipulate.

How might these findings change the way we think about the impact of economic sanctions in places like Russia and elsewhere?

This is a fascinating question that is unfolding in real time. Obviously, the Putin regime has every reason to understate and manipulate the impact of sanctions and the economic hardships borne by the Russian people. We’re already seeing this in the wake of the Russian invasion of Ukraine. The handful of independent news sources remaining in Russia have been shut down, protests are being squashed, and so on.

But while it is true that dictatorships are able to overstate economic growth and paint a rosier picture, a catastrophe is hard to hide. Take Venezuela, which has become increasingly dictatorial and is facing an unprecedented economic crisis. As much as the government can try to minimize the situation and blame foreign governments, it’s become immediately clear to people there that things are not going well. In Russia, I think this is starting to happen too. As the situation becomes dire, it’ll be very hard to disguise it and hide it from citizens.

If conventional measures of economic activity in autocratic regimes are unreliable, what alternative measures should we be exploring?

It’s a combination of things. First, we need to continue exploiting innovative data sources that reveal the truth. The nighttime lights I relied on are just one example. Remote sensing can be an even richer source, such as how satellites can measure deforestation through loss of forest cover. Other sources, like mobile phone data, can also give you a sense of true economic activity.

Second, we have to try to cross-validate what is already there. We can break down official statistics and understand how their components can paint a more reliable picture. There have been efforts by organizations such as the International Monetary Fund to standardize and certify the way in which these national statistics are produced. We should continue to explore this.

How would you explain your research focus overall? What led you to it?

My research is largely focused on political institutions in weak democracies and non-democracies. I’m interested in how the functioning of government under these systems affect policy and, ultimately, peoples’ lives. Most of my work focuses on Latin America.

My research tries to answer questions that have been looming in my mind for ages. For instance, the Colombian Conflict, once the longest-running active civil war in the world, was very salient for me growing up. There were parts of the country you dared not visit. And I would read in the newspaper about how local governments would systematically waste revenue on projects that never amounted to anything.

So, when I was deciding what career to pursue, I was attracted to economics because of its ability to speak to these broader debates about poverty, sources of inequality, sources of economic development, and what could be done about them.

END_OF_DOCUMENT_TOKEN_TO_BE_REPLACED 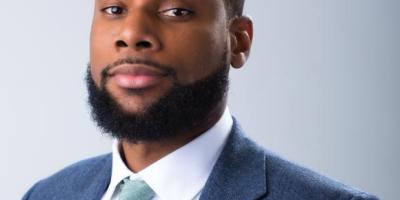