The Journal of Econometrics (JoE) has awarded the 2019 Dennis J. Aigner Award to Professor Bruce D. Meyer and Nikolas Mittag, PhD’13, for their paper, “Misclassification in Binary Choice Models.” The award recognizes the best paper in empirical economics published in the JoE in 2017 or 2018, as selected by a committee of the journal’s fellows. The co-authors will share a $5,000 cash prize.

In their paper, Meyer and Mittag explore the ways in which flawed data—such as that which results when people misreport whether they receive food stamp assistance—can be adjusted to provide more accurate information. Their work allows researchers and policymakers to utilize data that was previously unusable or likely to lead to erroneous conclusions.

Meyer, the McCormick Foundation Professor at Harris, is one of the foremost economists studying U.S. poverty and inequality. His research agenda examines poverty measurement, tax policy, government safety net programs such as unemployment insurance, workers' compensation, food stamps, and Medicaid, and the accuracy of household surveys.  Meyer also served as a commissioner and member of the Commission on Evidence-Based Policymaking, which led to the Foundations for Evidence-based Policymaking Act of 2018.

END_OF_DOCUMENT_TOKEN_TO_BE_REPLACED 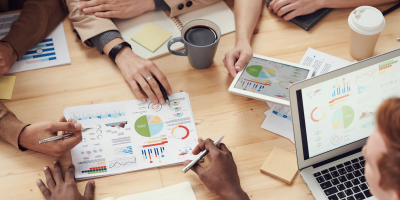