Obama Foundation Scholars Director Jamia Jowers, who served as special assistant of the National Security Council during the tenure of President Barack Obama, was featured in The Washington Post alongside 148 other African-Americans who served in the Obama administration who co-signed an op-ed strongly criticizing the rhetoric and policies of President Trump, from Trump's promotion of "birtherism" to comments and policies in the present day.

"Witnessing racism surge in our country, both during and after Obama’s service and ours, has been a shattering reality, to say the least," they write. "But it has also provided jet-fuel for our activism, especially in moments such as these."

END_OF_DOCUMENT_TOKEN_TO_BE_REPLACED 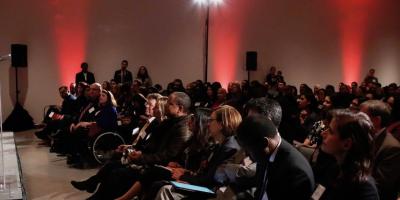