"Here the Client is Truth" 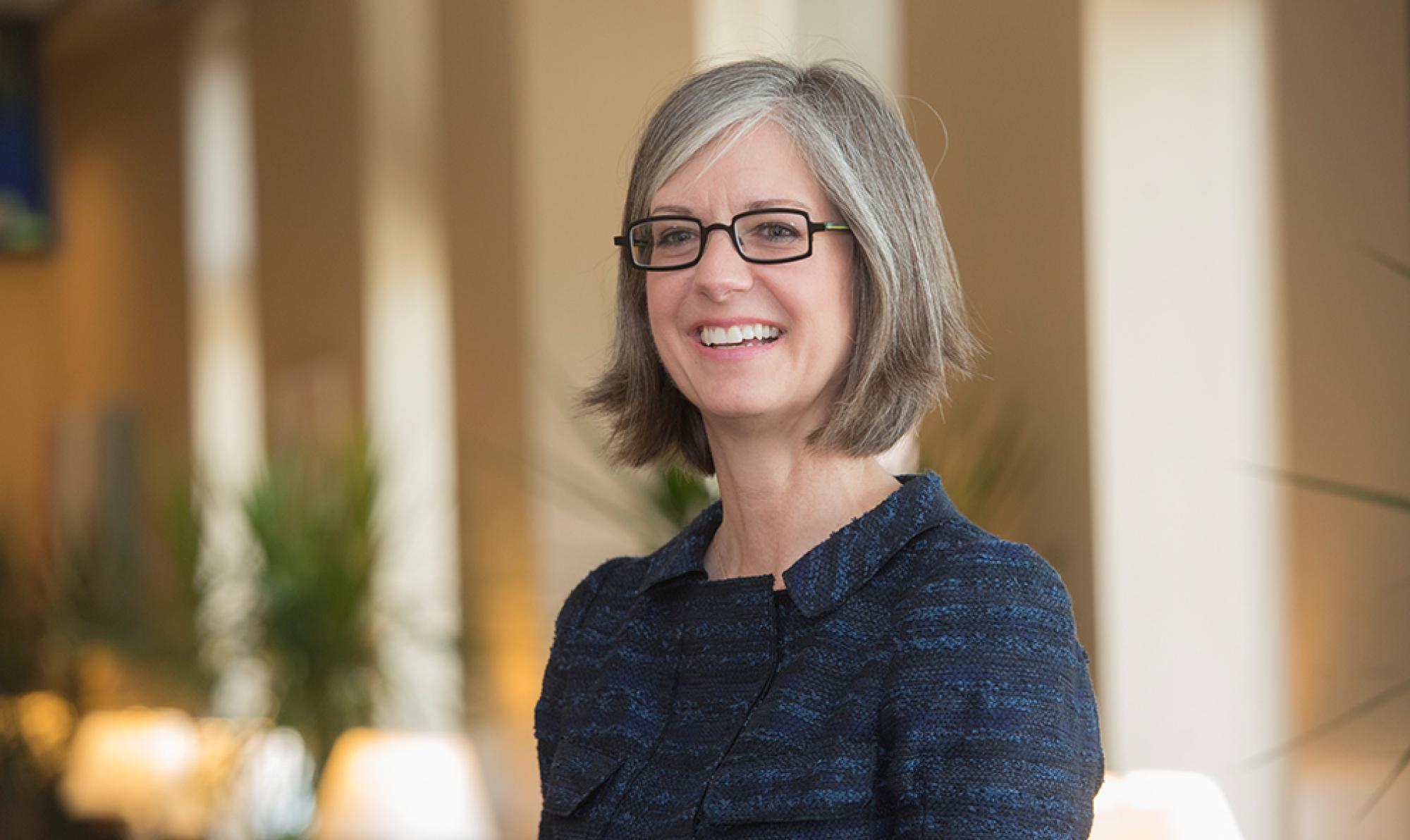 Alumni profile
Aimee Levitt
For Nancy Staudt, a Harris PhD was the key to deeper understanding of the law - and a great career move.

When Nancy Staudt, PhD’10, first considered taking classes at Chicago Harris, she had no intention of enrolling in the PhD program. The nationally recognized legal scholar, who began her first term as dean of the law school at Washington University in St. Louis this fall, was already an expert on taxation and a tenured professor at Northwestern. But she decided her legal training wasn’t enough to help her answer some deeper questions about how, exactly, laws functioned.

“As a law professor,” she says, “I had started writing about how judges decide cases. Lawyers read a handful of cases and make a judgment. But you have to read a large number of cases to understand trends.” The empirical training Harris offered would allow her to explore those deeper trends like a social scientist instead of relying on anecdotal evidence like a lawyer.

Staudt quickly realized that just auditing a couple of courses wouldn’t be enough to get the sort of knowledge she needed. So in the fall of 2007, she enrolled in the fast-track, three-year PhD program.

“It speaks wonders for her,” says Will Howell, the Sydney Stein Professor in American Politics at Chicago Harris, who chaired her dissertation committee. “I’ve never seen anybody do anything like that. It was gutsy. It’s much more comfortable to be a tenured faculty member at Northwestern and enjoy the plaudits that come with the position.”

Initially, Staudt planned to continue teaching while attending school full-time. But she hadn’t bargained on how much time the PhD program would demand. So she took a leave during her second year and returned in her third, when there was less studying and more writing. (As an academic she’d had plenty of practice writing papers; a blank page didn’t paralyze her.)

Staudt says she appreciated the interdisciplinary focus of her coursework. Faculty supported her interest in studying with professors across campus – not just from Harris, but also from the College and the medical school. “It gives you a different insight,” she says. “You have to think about alternative methods to get after empirical questions. Different methods produce different results. You have to keep questioning, and look harder and deeper into the data.”

She also enjoyed the intellectual excitement of her PhD workshop, where her fellow students pushed one another’s projects along and engaged in spirited debate. “Lawyers look for answers and advocate when they find the right one for their clients,” she says. “Here the client is truth.”

Staudt was older than most of the students, but that did not deter her, she says, from forming lifelong friendships. Howell frequently observed her offering advice and moral support to her classmates and believes her warmth and generosity have been as instrumental to her success as her intelligence and determination.

For her dissertation, Staudt investigated how war affects judicial decision-making. “Wars are very expensive,” she explains. “When we’re in a time of wartime crisis, do tax cases get decided differently?” She concluded that they do: when judges believe the nation needs money, they’re more likely to rule in a way that directs private funds toward the government.

Howell, it turned out, was also interested in how wars affect domestic policy. He and Staudt met regularly to thrash out ideas and recommend books and articles to read. Their conversations helped inspire two book projects: Staudt’s dissertation was published in 2011 as The Judicial Power of the Purse, and Howell’s 2013 book,The Wartime President, co-written with Saul P. Jackman and Jon C. Rogowski, explored the complex ways that conflicts have shaped the relationship between the legislative and executive branches.

Although Staudt put her academic career on hold to work on her PhD, it benefited her in the long run. In 2011, the year after she graduated, she accepted a joint appointment at the University of Southern California’s Gould School of Law and Price School of Public Policy, combining what she’d learned in her legal career and at Harris.And when Washington University offered her the deanship this past spring, she jumped at the opportunity.

“Our committee interviewed an amazing group of candidates for the dean’s position,” Edward F. Lawlor, chair of the advisory committee that recommended Staudt for the deanship, said in a statement. “Nancy Staudt impressed every constituency – faculty, staff, students, alumni, Washington University administrators – with her vision, energy, and knowledge of legal education.”

Staudt, though, believes that it’s not just her knowledge of the law that prepared her for her new job. It’s her time at Harris, and the way it taught her to think.

“It was really fun to learn and think about how policies get made,” she says. “I learned how the real world works.”