CHICAGO – July 3, 2018 – Today, the University of Chicago Harris School of Public Policy is pleased to announce it will continue to serve as the academic home of the Civic Leadership Academy (CLA), assuming full management as of July 1, 2018.

Developed by the University of Chicago Office of Civic Engagement in 2014, the Civic Leadership Academy is a leadership development program for emerging and high-potential leaders in non-profit organizations and local government agencies within the City of Chicago and Cook County.  CLA counts 119 fellows as program alumni among its growing network, and will admit its fifth cohort in November 2018.

“The alumni of the Civil Leadership Academy, in the four short years since its founding, have made substantive changes to the ways government and the non-profit sector collaborate,” said Katherine Baicker, dean and Emmett Dedmon Professor at Harris Public Policy. “With Harris’ focus on empowering the next generation of policy leaders, our school is the perfect home for this unique, interdisciplinary program. We’re excited by the potential to help Chicago’s leaders deepen their impact in the city and beyond.”

The mission of CLA aligns with Harris’ broad-based educational initiatives, which foster leadership in the public, private, and non-profit sectors. Included as a part of that initiative is the Harris Leadership Program, a new co-curricular program launched by Dean Baicker to develop Harris students’ critical leadership insights and skills.

“At a time when people need to think creatively about social change, the Civic Leadership Academy distills the very best of the University and City of Chicago. While analytical in focus, CLA fosters open and honest communication across the government and non-profit sectors. While attentive to the conceptual and theoretical underpinnings of leadership, CLA pushes scholars, civic practitioners, and the fellows themselves to think critically about practical applications,” said William Howell, CLA Faculty Director, Sydney Stein Professor in American Politics, and Chair of the Political Science Department.

“In the crowded space of leadership training initiatives, there simply is nothing like CLA,” Howell added.

“We are pleased to have incubated this important University-wide program and know that when managed in concert with the full-scale of Harris’ urban and academic initiatives, CLA will continue its strong track record of developing a pipeline of talented leaders to enable non-profits and government agencies in Chicagoland to thrive,” said Derek Douglas, Vice President for Civic Engagement and External Affairs.

With generous support from the Searle Funds at The Chicago Community Trust, Microsoft Corporation, JPMorgan Chase, and the Robert R. McCormick Foundation, the Office of Civic Engagement and Harris launched the Civic Leadership Academy in partnership with the University’s other professional schools and the Institute of Politics, as well as Local Initiatives Support Corp. (LISC) Chicago, Civic Consulting Alliance, the City of Chicago, and Cook County. Harris has been the academic home of CLA from its inception and jointly managed the program over the past year.

The CLA is currently accepting applications to start in January 2019. To apply, you must be a full-time employee of a non-profit organization, the City of Chicago, or Cook County.

More information about the CLA and the application process is available at cla.uchicago.edu.

END_OF_DOCUMENT_TOKEN_TO_BE_REPLACED 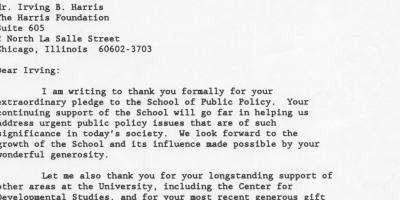 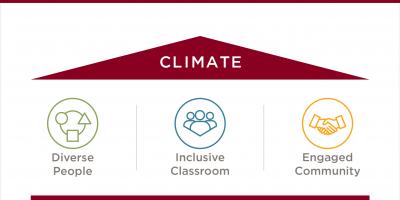 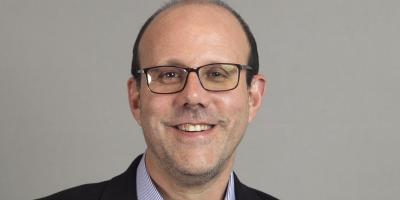