Michael Miklaucic is a Senior Fellow of the Institute for National Strategic Studies at National Defense University, and the Editor of PRISM, NDU’s flagship journal of complex operations.  Prior to this assignment he served in various positions at the U.S. Agency for International Development and the Department of State, including USAID representative on the Civilian Response Corps Inter-Agency Task Force, as the Senior Program Officer in the USAID Office of Democracy and Governance, and Rule of Law Specialist in the Center for Democracy and Governance.  In 2002-2003 he served as the Department of State Deputy for War Crimes Issues.  In that position he was responsible for U.S. relations with the International Criminal Tribunal for Rwanda (ICTR), the Special Court for Sierra Leone (SCSL), war crimes issues and negotiations in East Timor and Cambodia, and the early implementation of the Sudan Peace Act. His university education was at the University of California, the London School of Economics, and the School for Advanced International Studies.  He sits on several academic and professional advisory boards. 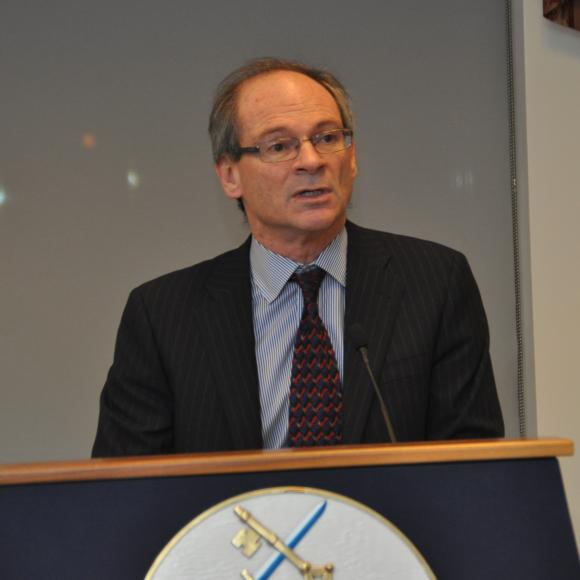