Created  to honor Sen. William H. Benton on the occasion of his 25th anniversary as chairman and publisher of Encyclopaedia Britannica, the Benton Award recognizes persons who have rendered distinguished public service in the field of education.

The committee considers eligible recipients to include not only teachers but also educational administrators, museum directors, librarians, officers of learned societies, foundation executives, philanthropists, broadcasters, and publishers - that is, anyone who has contributed in a systematic and distinguished way to shaping minds and disseminating knowledge.

“Ed Yong delivered extraordinarily high-quality science writing during a time of national crisis,” said Kalil, the Daniel Levin Professor at Harris. "His ability to translate complex science to the public and the rigor, judiciousness, and humility with which he has pursued this effort make him an extremely deserving choice for this year's award."

In addition to the Pulitzer Prize, Yong has won numerous awards for his science writing, including the George Polk Award, the Victor Cohn Prize, and more. He is the author of two New York Times-bestselling books, including An Immense World: How Animal Senses Reveal the Hidden Realms Around Us, released earlier this year. 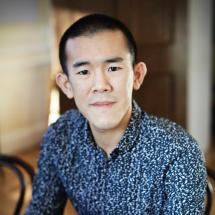 The University of Chicago will honor Ed Yong, the Pulitzer Prize-winning science journalist at The Atlantic, with the 2022 Benton Award for Distinguished Public Service.

In the News
Traffic fatalities are a disproportionately large cause of death in many low- and middle-income countries, but public information could improve safety.

Student profile
“It's important to deliberate and discuss ideas, listen just as much, and ultimately find a middle point—because that’s where many people often are and where a lot of innovation can be found."

News
We sat down with Professor Sonin to discuss the state of the war and what comes next.