“I suppose you could say my roots in Chilean political involvement run deep,” said Ricardo Sande, an incoming class of 2023 MPP student. “My trajectory has confirmed for me that my vocational calling is as a public servant.”

From 2015–16, Sande served as a council member of the political coalition Chile Vamos, and in 2016 he worked for the citizen council of President Piñera’s campaign. Then, in 2017, Sande served as General Campaign Manager for Congressman Jaime Bellolio.

Simultaneous to his political involvement, Sande also worked towards his Bachelor’s degree in Law from Pontificia Universidad Católica de Chile where he served as president of both the Law School’s Student Council and the University’s Student Federation.

Sande said his choice in vocation and studies was initially motivated by unequal access to education in Chile. “I realized that the inequality in my country was a very serious issue, and I started to feel the need to do something about it. I was lucky to have access to good schools and a university, yet there were, and still are, so many talented people in my country that do not.”

However, Sande pointed to a specific moment while working with the Minister of Environment that led him to initially seek a Master of Public Policy at Harris.

“Organizing the COP was not just a fruitful professional experience, but it also showed me a path I wanted to pursue. Chile has the potential of being an example for our region in terms of sustainable development: we have great solar access, more than 2,000 volcanoes, strong winds and rivers, and due to our copper and lithium deposits we are in a position of producing clean energy at a low cost. I want to play an important role in meeting that challenge. I want to push for regulations and public policies that could shape both our energy and development models in the future.”

Sande said once he recognized this path, choosing to pursue an MPP at Harris was his most logical next step. “I always thought an MPP from Harris would be ideal because of the quantitative aspects of data. The skills I gain at Harris will complement the skills I gained in law school and strengthen my view of the larger policy picture.”

In addition to his coursework, Sande is anticipating other opportunities at Harris to broaden his toolkit. “I’m interested in both the Certificate in Energy and Environmental Policy and the Certificate in Survey Research. The survey certificate appealed to me because I have seen how valuable surveys are in policy matters. In democracies, you have this moment every four years where you can ask people, ‘Do you want this person to be your president?’ But that's not enough. You have to constantly seek input from people to make decisions that provide the greatest benefit.”

Sande said he also looks forward to conversing with classmates of different backgrounds with different ideas and opinions. “Harris will be a great place for these conversations. I look forward to gaining new perspectives and sharing mine. I’m excited to learn from and engage with my professor and fellow students.”

Outside of academics, Sande shared a big draw of Chicago for him: the potential to see the Bulls play against his favorite team, the Boston Celtics. “I am a big NBA fan—like a huge NBA fan—even though I have never played a single minute of basketball in my life. Then again, that too might be something I can look forward to experiencing at Harris!”

END_OF_DOCUMENT_TOKEN_TO_BE_REPLACED 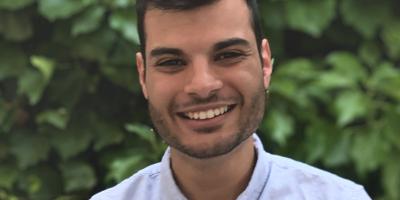