“My first inkling of political grievances and conflict occurred when I was four years old,” said Jose Macias, MPP Class of 2024 and DPSS’21 alum. “A new political party won control over Mexico, and my family joined a caravan, waving their PAN [National Action Party] flags and celebrating the end of an authoritarian regime. Dissenters and supporters of the outgoing political party began attacking vehicles. I remember being strapped into my child seat while people attempted to open our doors and steal my relatives’ flags.”

This event, Macias said, fueled his academic and professional pursuits. “My undergraduate career at University of California, Davis began with studying socioeconomic inequities in the U.S.—as a first-generation Chicano, I experienced many such inequalities. I took courses to better learn what creates and sustains these conditions in disadvantaged communities in the U.S. and abroad,” he said.

Macias’s interest expanded to studying grievances as a driver for interstate and intrastate conflicts, and after graduating, he took on numerous internships and fellowships, including as a Finance Congressional Fellow for Gil Cisneros for Congress in CA and a Policy Intern for the California Governor’s Office of Planning & Research. However, it was while he was a Cyber Strategy Intern for the U.S. Department of Defense, U.S. Army Cyber Command, that Macias chose to explore the Data and Policy Summer Scholar Program (DPSS).

“In the short-term, I wanted to apply the quantitative skills I gained from DPSS to better analyze cyber conflict in the context of the Department of Defense Cyber Strategy of Defending Forward,” he said. "However, long-term, I hoped my exposure to policy practitioners and UChicago faculty would prepare me for graduate study."

After completing DPSS in 2021, Macias served as a Public Policy Fellow at the Congressional Hispanic Caucus Institute (CHCI) in Washington, DC, where he said the DPSS skills he gained were invaluable. “The data set for a brief I wrote was so large I couldn't run it using my U.S. Senate issued equipment: it would crash. I could only run the data in R, and those were skills I got directly from DPSS.”

With more experience and quantitative skills under his belt, Macias pressed on with his plan and applied to the Master of Public Policy program.

“I’ll never forget what I was doing when I learned I was admitted. It was early December—I had applied Early Action—and I was still with CHCI. We had just finished a long day negotiating a cybersecurity bill and it had been an incredibly stressful day.

“I was right in front of the Library of Congress, facing the Capitol Building, when I got the call. I sat on the steps of the Library of Congress, staring at the dome somewhat in disbelief. I was at the end of the five-year plan I had worked towards since my junior year in undergrad: I was on the edge of achieving my American Dream. Both my parents’ American Dream was at a minimum to own a home: mine was to pursue an advanced degree before owning a home. I simply couldn’t believe I made it. I was incredibly excited and humbled. It was an incredible conclusion to a difficult day.”

As for what he hopes to accomplish at Harris, Macias said, “I am looking forward to generating social capital with my peers in the pursuit of social impact. Social capital is critical. A collective approach will breed diversity, enrich analysis, and hopefully lead to policy solutions crafted for the 21st century. Eventually, I would like to pursue the Presidential Management Fellowship or the White House Fellowship and use data science to update grand strategy at the executive level."

END_OF_DOCUMENT_TOKEN_TO_BE_REPLACED 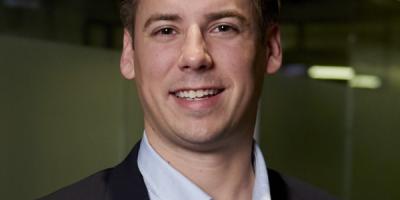