Q&A: Associate Professor Damon Jones Discusses the Council of Economic Advisers, Inequality, and the State of the US Economy

Associate Professor Damon Jones, a Harris economist who explores issues at the intersection of public finance, household finance, and labor economics, recently returned to Harris from a year at the White House Council of Economic Advisers. We sat down with Professor Jones to learn more about his research, the state of the economy, and his time at the White House.

You started working at the White House Council of Economic Advisers in early 2021, when the COVID-19 pandemic was still raging. What was it like working there at a time of such disruption?

Ironically, this made my transition to the position a little easier, as I worked from home for the first few months. Since I had already been spending the prior year at home anyway, I was able to begin the job in a familiar environment. It was nice to eventually go into the office. Even when in-person, however, many of my meetings were still held via Zoom from my work office. I am relatively cautious when it comes to COVID, so I appreciated the protocols in place in the office to mitigate COVID risk while I was there.

What’s the structure of the CEA, and what was your role?

The Council of Economic Advisers is a relatively small unit among other parts of the White House, led by a Chair and two Members. Next are the senior economists, of which I was one, and then additional staff economists and researchers. The environment was very collaborative, and I think some of that flowed from the leadership of the Chair, Cecilia Elena Rouse. As a senior economist, I assist the Chair and Members in giving input into various policy processes, work to put together reports on different aspects of the economy, and contribute to a major annual report, the Economic Report of the President, which comes out once a year, a few weeks after a budget is released.

What were some of the issues you worked on the most while at the CEA?

My areas of focus were social insurance, inequality, and racial equity. This includes policies such as unemployment insurance, SNAP, tax policy, and equity in federal contracting, to name a few areas.

Is there anything about the federal government and how it works that surprised you? Anything that changes your thinking?

This sounds obvious, but I did not realize the sheer scope of what the executive branch has to implement. In addition to proposing new policies, rules, and Executive Orders, there are many, many things that have to simply be carried out, perhaps as a result of laws that are already on the books. It takes a massive effort just to deliver on already agreed-upon government services and actions.

What did you miss about Harris? What was it like coming back?

Shifting gears, let’s talk about your research. Tell us a little about your work on student loan forgiveness.

Back in 2015, I began working on research on a specific program, the Teacher Loan Forgiveness Program. This gives teachers between $5K and $17.5K in student debt reduction if they work for five consecutive years in a high-need school. Ben Keys (formerly of Harris, now at the Wharton School), Brian Jacob (Harris PhD‘01, now at the University of Michigan), and I conducted a randomized controlled trial making teachers aware of this program and encouraging those who were already qualified to sign up for it. We found that our intervention did increase teacher’s awareness of the program, but it did not increase their likelihood of receiving the debt forgiveness. The program involves a lot of steps to enroll, including coordinating with one’s loan servicer, school district, and the U.S. Department of Education. What we learned is that when debt forgiveness programs have a lot of administrative burden, their impact may be limited.

We’re in the midst of a complex macroeconomic environment marked by inflation, a so-far resilient employment landscape, and recession fears. It’s generally believed that inflation does disproportionate harm to lower-income workers. What’s your take on the current economic environment?

For a number of reasons, people with lower incomes may be more vulnerable in a time of high inflation. They have less savings to draw on, they may have more limited ability to shop around, or, if they are already purchasing basic name brands, they have less room to downgrade their choices in the name of finding lower prices. However, during this very unusual economic period, with a tight labor market, wages have grown most quickly for workers at the bottom of the wage distribution. If the economy does slow down, they may experience the greatest disruption to recovery in pay.

One takeaway from our research is that there are significant differences in the amount of liquid assets held across racial groups, with Black and Latino households holding fewer cash savings than their White counterparts. In general, households with fewer liquid assets tend to face greater swings in spending when take-home pay fluctuates. This suggests that Black and Latino households are particularly vulnerable to income volatility from month to month. At the Stone Center, where I serve as associate director, issues related to racial wealth will be a part of our broader discussion on wealth inequality and mobility. An exciting feature of this work will be the chance to have interdisciplinary discussions on these topics.

Your work on the Alaska Permanent Fund, as well as guaranteed income, came at a time when the world was looking to understand these policies in greater detail. Now, Chicago and Cook County have initiated and are studying programs on guaranteed income. What do you see as the future of UBI?

I think there are forms of guaranteed income, such as the Child Tax Credit, that were temporarily considered during the pandemic. Though that policy did not remain in place, interest in such policies does remain and is likely to continue to grow.

END_OF_DOCUMENT_TOKEN_TO_BE_REPLACED 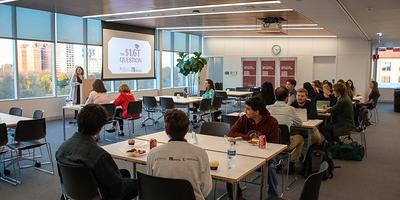 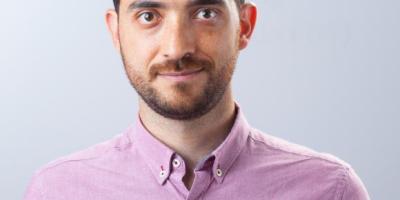 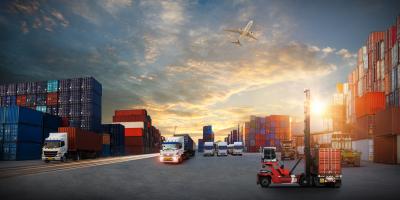 Harris, Bond Dealers of America, Others, to Form Innovations in Infrastructure