Inside the Keller Center: The Art at Harris

Entering the Keller Center, a marvel of green design, is like slipping into an envelope to the future. Floor to ceiling windows and a central skylight lend the space a light, airy feel. Sunlight falls on real plants. Long communal tables adjacent to the cafe range the corridor leading to the west entrance; along the south wall, banquets and movable mini-tables offer individual space. Sofas and low tables near the north entrance, and coveted booths with overhead lights invite students and visitors, speaking myriad languages, to work in solitude or gather in groups. The energy they generate—dynamic, eager, hopeful—fills the building.

Most striking is the Harris Family Foundation King Harris Forum, which occupies its center. Constructed of reclaimed ash trees milled at Theaster Gates’ Dorchester Industries studio, its multi-dimensional design and multi-purpose versatility allow for formal presentations and impromptu collaboration. Students work or talk at tables perched on platforms, and move easily between the first and ground floors. The space is in continuous, fluid motion.

Add to an environment conducive to individual and collective reflection the ubiquitous presence of art. Integrated throughout the building, on the main floor, outside classroom and meeting space on the ground floor, and along the walls in administrative offices, art creates another dimension of experience at the Keller, signaling that creative thinking and creative expression also occupy center space in public discourse and public policy.

On a tour of the art with Harris COO Misho Ceko, who oversees the Keller Center art initiative, Ceko points out Alisa Singer’s The Art of Climate Change, a brightly colored, two-part electronic piece displayed on a rotating LED screen.

Singer, a local artist, founded Environmental Graphiti for the purpose of creating contemporary art to promote understanding of the science of climate change, recognizing that art can dramatize the “inherently aesthetic elements of scientific charts and graphs.” This piece, done in collaboration with the Energy Policy Institute at the University of Chicago (EPIC), uses data from a study about air pollution in China, done by Harris professor and EPIC director Michael Greenstone, to implicate the crisis of climate change. Vivid, seemingly abstract schemes of color draw the viewer into absorbing disturbing facts. “Art,” Singer notes, “can serve as an inviting port of entry toward understanding what is really happening in our world—the art makes the science more accessible; the science makes the art more meaningful.”

Understanding and meaning exemplify the role of artwork at the Keller Center: ports of entry whose subjects—histories of people and places, conflict and injustice, movement and displacement—make the art more meaningful.

Two pieces by David Anthony Geary, another local artist, about immigration and migration line the corridor along the west wing. His Great Migration portraits, painted on Philippine mahogany doors, suggest the sepia tones of early photographs taken to document family histories, when Brownie cameras became affordable and available to working people. Geary fashioned the eight portraits from historic photographs of African Americans, some his own family members, for whom the ephemeral movement from South to North in the US, symbolized by the presence of a bird on each shoulder, gained permanence with photography. A massive personal and collective shift of people through place and time, the Great Migration is captured in images that take on meaning larger than an individual life or family, which Geary represents in archetypes. The Adventurer, Free Spirit, Scholar, Dreamer, and Healer remind us of the uniqueness of individuals and commonalities among humanity.

The student body of Harris is approximately 50% international and represents people from more than 40 countries. For the work he created on chalkboard installed along the south wall—done with liquid chalk on blackboards from a school in Philadelphia—Geary wanted to speak to the experience of individuals building their capacity to shape public policy. American Identity follows the cycle of immigration, the process of newcomers, once “them,” becoming “us.” “To be American,” he notes, “is to be from somewhere else. Outside of indigenous communities, everyone in the US is from somewhere else. It’s an ongoing dance between ‘us and them’; of ‘them’ becoming ‘us.’ With every wave of immigration, ‘them’ becomes ‘us,’ and there’s a new ‘them,’ a cycle that repeats as long as we have a national identity.”

Geary anchors the piece with an image of the Statue of Liberty, who he names “Mother of Exiles,” a bold, disturbing interjection of the iconic symbol of immigration to the US at a time when the historic foundation of American national identity, its essential relationship to immigration, has been deeply shaken. In 2018, the US Citizenship & Immigration Services mission was officially changed, and the phrase, “secures America’s promise as a nation of immigrants” was removed.

Mohamad Hafez, whose exhibition UNPACKED: Refugee Baggage opened at the inaugural ceremony for the Keller Center in May of this year, and who is artist-in-residence at the Keller Center during the 2019-20 academic year, has much to say about the Statue of Liberty and this erasure of the past. Hafez came to the US from his native Syria on a student visa in 2003, and was effectively prohibited from leaving the US by the travel ban imposed on citizens of Muslim-majority countries, including his native Syria, following the September 11 attacks. For eight years he was exiled from his home.

An architect by training, Hafez has traveled the world designing skyscrapers for a Connecticut-based, global architecture firm. But he recognizes that as a Muslim American, with the first name Mohamad, his voice and the message of his experiences will not always easily be heard. Instead, Hafez relies on the work of his hands to convey his stories. UNPACKED, his first exhibition at Keller, presented disrupted scenes of everyday life within opened suitcases, representing the memories of refugees. The four works currently on display present raw scenes of survival, perseverance, and hope in the midst of devastating destruction.

The pieces dispense with tidy visual containers. In each, exposed, twisted rebar seems to fly out in all directions; concrete walls and ceilings are blasted through, leaving jagged edges of colorless, unprotected, unrecognizable structures. What remains are traces of human life and community culture struggling to regain ascendancy, to re-establish meaning. In the first piece, Why Have You Forsaken Us?!, Mother Mary stands as a supplicant, praying in a nave with a rose window. Her identity is ambiguous—it is just as easy to see her as a woman in a hijab. Blended iconography and the use of “us,” rather than “me,” in the title, calls attention to the abandonment of Syria’s tradition as a multi-ethnic, multi-faith society during late-19thcentury periods of war and expulsion.

The other pieces depict the Syria of present-day civil war, with scenes of ravaged cities that appear to be sustained by the will of people to resist and reclaim, who paint graffiti on walls of streets renamed for celebrated artists and writers.

Hafez explains: “Today, attention spans are very short. We tend not to relate the present to the past or to understand the complex nature of experience and humanity. I use the built environment to highlight our commonality. Artists can use performance or dance; as an architect, I focus on the human footprint in the built environment. If I can draw similarities between an Afghani and a white person in the US heartland, they will learn something personal, something intimate about each other. We don’t generally think of how the different dynamics of these groups relate to each other, but they do. Whether we’re talking about war and oil, or destruction by wildfires or hurricanes, we need to realize the common denominator.”

As artist-in-residence, Hafez seeks to foster learning about human experience and consequences beyond the facts of data, and will work with Harris students to collect their stories and the stories of their families. The work of Alisa Singer and David Geary, and other art currently on display at the Keller Center—Theaster Gates’ ceramics, Polly Apfelbaum’s flower flags of protest, Ed Epping’s portraits of exonerated men, Celeste Rapone’s paintings—contributes to this environment of learning. Video-based art of Susan Giles will be installed during the summer of 2020, and woodworker John Preus will install a performance stage at the Center in January.

Harris Public Policy is dedicated to creating a learning environment that surpasses traditional reliance on data and theory developed in isolation. Theaster Gates, a professor at the University of Chicago in the Department of Visual Arts and the College, also serves as the Senior Advisor for Cultural Innovation and Advisor to the Dean and is a lead artist at the Keller Center. “When I think about the complexity of political and social processes, I am convinced that creative practices are sometimes the most useful tools and artists, often great allies when trying to imagine new possibilities," said Gates. "Part of this reason is that the goal is not the absolution or solution to a matter, but rather the willingness to turn a problem over long enough until process generates unexpected possibilities. So much of the work that I hope to do at Harris hinges on new possibilities to pre-existing systemic challenges… [A]t its heart, artistic practice has to do with the capacity to see and amplify the human condition and perhaps, on a good day, respond.” 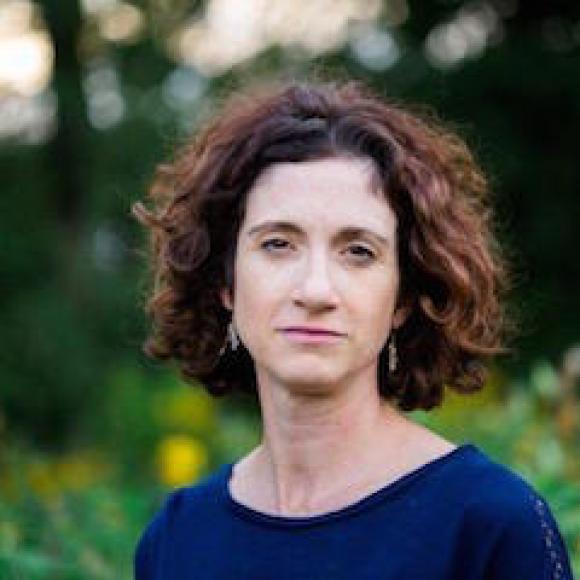 Jeannie Annan is a Senior Research Associate at the University of Chicago Harris School of Public Policy.
Read more

END_OF_DOCUMENT_TOKEN_TO_BE_REPLACED

Community Impact Through the Art of Drag

How to Be a Story Teller, Not a Story Taker: The Ethics of Writing About War, Catastrophe, and Trauma 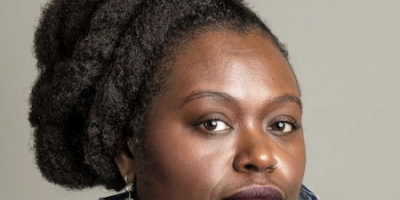 Skyla Hearn (CLA’20): Archiving and Activism on Chicago’s South Side