When Harin Contractor, MPP’08, started college at the University of Georgia in 2000, he wasn’t politically or policy-inclined. He was an accounting major, and he figured that upon graduation, he’d go into IT or finance auditing.

“That changed my trajectory,” said Contractor, who will be honored with the 2020 Alumni Award at the Minorities in Public Policy Studies (MiPPS) Alumni Gala this fall. MiPPS is celebrating its 20th anniversary this year.

“I didn't realize my privilege until 9/11 happened,” Contractor, who was beginning his sophomore year of college at the time, said.

A few weeks after the attacks, Contractor was driving through the middle of the night, en route to visit his dying grandfather in Charlotte, North Carolina, when he was pulled over by the police.

“I took a turn, maybe a little fast, and all of a sudden there's one cop car, and then five more showed up,” he said. The police asked if there were weapons in the car, and instructed him to keep his hands on the wheel.

A fast turn had brought on six police cars.

“I started seeing how government policies could adversely affect communities. Where people who looked like us were being rounded up or treated a different way by people we had lived with for decades, just by the color of our skin. It was such an intense time.”

The intensity of that time is palpable 20 years later, too, as communities across the country confront the systemic racism that not only existed then but pervades society to this day.

A few weeks after the 9/11 attacks, Contractor was driving through the middle of the night, en route to visit his dying grandfather in Charlotte, North Carolina, when he was pulled over by the police.

Following his experience of being racially profiled, Contractor said he began to wonder whether there might be a way for him to apply his skill set — “being decent with numbers” — in a way that could make a social impact within his community.

The MiPPS 2019-2020 executive board decided to honor Contractor with an Alumni Award because of his continuing prioritization of diversity, equity, and inclusion efforts both as a student and throughout the trajectory of his career.

But less than a month after current MiPPS leadership contacted Contractor about his award, the University of Chicago shut down campus in favor of virtual learning necessitated by the COVID-19 pandemic. When Harris Public Policy followed suit, the alumni gala and awards ceremony was postponed.

When Contractor is celebrated at the rescheduled gala later this year, it will largely be for his continued prioritization of diversity, equity, and inclusion efforts both as a student and throughout the trajectory of his career, endeavors that have always been important, but which have become all the more prioritized in the current climate of global unrest.

In 2002, after 9/11 and his experience with police and newly motivated to make a difference, Contractor participated in the Washington Leadership Program, a national non-profit organization that offers leadership curriculum and internship opportunities for the next generation of South Asian American leaders. Contractor was so influenced by his participation in the program that in 2008, while pursuing his Masters in Public Policy at Harris, he and other WLP alumni helped relaunch the program after its original founder passed away. Today, Contractor is co-chair of the program’s executive board.

Contractor started his post-Harris career in government consulting before he began a four-year span at the Department of Labor, where he served as Economic Policy Advisor to former U.S. Secretary of Labor Tom Perez, now chair of the Democratic National Committee, during the Obama Administration.

Following his experience of being racially profiled, Contractor said he began to wonder whether there might be a way for him to apply his skill set — “being decent with numbers” — in a way that could make a social impact within his community.

"Harin was a valued advisor to Secretary Perez and to me because of his sharp intellect and uncanny ability to explain complicated concepts,” said Chris Lu, who served as Perez’s Deputy Secretary of Labor. “His work both in and out of government has helped to create a more fair and equitable society. Harin truly exemplifies Harris' commitment to public service, leadership, and innovative thinking."

Prior to starting his current position at Nexight, a research consulting firm, Contractor served as the Director of Workforce Policy at the Joint Center for Political and Economic Studies.

While at the Joint Center, he led a series of symposiums in large cities around the country to discuss the changing economy’s implications and opportunities for communities of color, with partners from both the private and public sectors. The first event in this series took place in Chicago at Harris in collaboration with Harris Student Organization Black Action in Public Policy Studies (BAPPS).

“From my time at Harris, and in interacting with Harris students today, I know there's passion to drive real practical progress,” Contractor said. “I think that's one of the changes from Harris from when I went to now: it went from being a theoretical model to a more applicable model of doing policy.”

Contractor and the Joint Center partnered with BAPPS to invite leaders from all over the community—workforce leaders, community leaders, business leaders, philanthropy leaders and more—to come together and discuss: “Hey, what is the situation in Chicago?”

“It was really eye-opening,” Contractor said. “Not only was it great to come together in this way that was cross-sector, but the energy and passion and input the students had energized the room and provided a different point of view that these leaders who talk about this everyday do not get to see.”

“I purposely did it with Harris because of where it’s situated, and the talent and ambition and potential it has. It's like coming full circle, because Harris has given me so much and I didn't realize it at the time. One of the reasons I chose to go to Harris was to get these tools to allow me to make an impact.”

During his time at the Joint Center, Contractor designed and implemented the largest study ever conducted by race on sentiments about workforce development and the future of work.

“This idea of the future of work is a hot topic right now, but no one's really dove into the nuances of what it means for people,” Contractor said.

As workplace culture continues to trend further toward widespread automation, Contractor has spent his career considering the populations that will be most negatively impacted by this change—African American and Latino populations, specifically, who are more consistently employed in lower-wage professions as cashiers, transportation workers, etc.

Contractor’s mother is a 20-plus year Walmart employee; she and her colleagues are the people Contractor said he keeps in mind when doing his policy work. When COVID-19 began rapidly spreading across the U.S., their family made the decision to keep Contractor’s mother, who is in her seventies, at home in an attempt to mitigate her exposure at work.

“We don't want my mom to go, but in lieu of these people not being employed, what is the company doing?” Contractor pondered.

“The reason you go into policy is to make an impact. And if you don't have people who look like us or have the same lived experiences as us making those policies, the policies are not going to reflect our communities. Our communities are going to be excluded.” - Harin Contractor, MPP'08

“Harin was a leader on issues related to the future of work and race and the Joint Center,” Fulton said. “His work – specifically, the report he co-authored with Ismail White – was instrumental in helping policy leaders in Washington understand how people of different races might approach the changing nature of the economy. He was incredibly passionate about the work the Joint Center does to advance the socioeconomic status of African Americans in the US. He was also a fantastic connector, and I appreciated that he was willing to use his network to advance the mission of the Joint Center. Networks are like gold in Washington, DC.”

The report Fulton is referring to has only been partially released to date, but it zeroes in on what the future of work as it specifically relates to Black people in the rural South.

“That's an area that has not been discussed,” Contractor said. “After the 2016 election we talked about economic anxiety in Appalachia and the Rust Belt, but persistent poverty in the Black Belt in this country has been there for over six decades. Yet no one talks about an economic engagement plan for them.”

While all recessions disproportionately affect communities of color more than others, Contractor said he thinks the recession that will result from the current pandemic will further exacerbate the racial inequality that’s been growing over the past several decades.

“It is going to be far worse than anything we've ever seen,” he said.

And as the country grapples with widespread racial unrest at unprecedented levels in the midst of a lingering pandemic, equitable, policy-driven solutions, the kind Contractor has championed in all chapters of his career, are essential.

END_OF_DOCUMENT_TOKEN_TO_BE_REPLACED 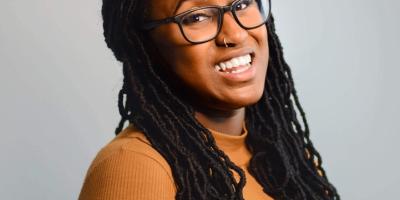