Alexandra Garney, Data and Policy Summer Scholar (DPSS) program Class of 2020,  says she went into education because she wanted to do something that would have an impact. “Education has been such a powerful force in my own life. It’s the surest way I know how to elevate to a different profession or access a different income, so the idea that I could contribute to that was really exciting.”

With the goal of becoming a teacher, Garney earned her Bachelor of Science in Elementary Education from Penn State University in 2014. It wasn’t until she started pursuing her Master’s in Education at the University of Central Florida, however, that her goals started to shift toward a career in higher education. “I wound up working in undergraduate resident life in grad school and specifically loved that within higher education I could talk with students about things like social justice, leadership, and community partnership in a different way, because that was the content they were learning about.”

After graduating from the University of Central Florida, Garney went on to work in higher education in a number of different capacities, first as a Residence Hall Coordinator at the University of Delaware, then during a year with AmeriCorps, where she helped run an internship program for high school students, and currently in her role with Widener University’s Center for Civic and Global Engagement, where she works as a Civic Engagement Program Manager.

It was in these roles that Garney began to ask critical questions about the larger education system and the policies that form it and function within it. She says that when she first heard about DPSS, she saw it as a means to utilize her love of math and data to continue to question these systems. “I’ve always loved math and valued it as a tool to advocate and represent what is happening on the ground level of education in a way that honors the stories of folks that are actually in school. DPSS presented a great opportunity to tell those stories through data. I have used the foundation I built in the R programming language in DPSS to learn python as well. I hope to continue to utilize the skills I learned in DPSS more as I progress in my career.”

Garney also says that some of the most impactful sessions in DPSS were the Writing in Policy sessions, taught by David Chrisinger. “He talked about writing and communicating in a way that I hadn’t thought of before, and about how a lot of data winds up getting lost in translation because of how it’s communicated. Data is essential to progress, but how do you communicate it in a meaningful way? It was a really powerful way for me to think about it.”

Regarding the virtual format of the DPSS, Garney says that it allowed her to continue working full-time in her current role at Widener University. “The fact that DPSS was virtual allowed me to access the program in a way that I wouldn’t have if it meant putting a pause on my career, so I was really excited for this opportunity for professional development.”

END_OF_DOCUMENT_TOKEN_TO_BE_REPLACED 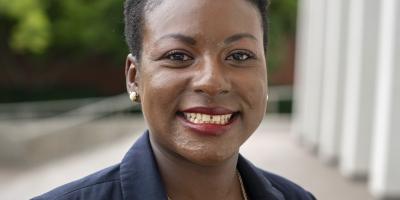 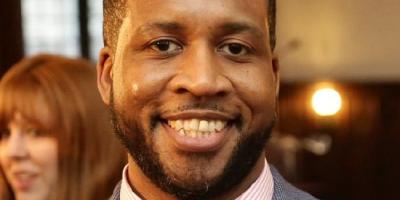