Katie Fanning is an incoming student in the new part-time Harris Public Policy Evening Master’s Program. She joins us as an analyst for prospect research at UChicago but she plans to use her time in the program to transition to the public sector. She plans to make it count.

I chose to pursue public policy because I believe that the sort of education you get at Harris can give you the tools to approach a lot of different problems. You’re really building a sort of analytic mindset to the world.

Do you have specific problems that you want to solve?

I have some very disparate interests, which I think happens a lot. One of the things that Harris is good at is taking people who have a very broad range and giving them what they need to be able to pursue anything. I’m very interested in education. I spent several years working for the Baltimore City Public Schools. I also spent time as an intern with the ACLU of Maryland, working on their public education project. That’s always been a big issue for me. My mother served on the school board for the state of Missouri, so it’s always been a big issue for my whole family.

But I also have an interest in housing policy, particularly post-disaster housing policy. That was something I studied in undergrad and set aside but would love to pick back up. I think about when they rebuilt the Gulf after Hurricane Katrina, and now we are seeing these disasters keep happening, that’s something that is going to continue to be a need: how do we assist people in recovering after they’ve had a traumatic experience? Especially when it’s really a community-wide trauma?

Are you planning to focus on international disaster and humanitarian intervention?

Coming from a city that is struggling right now with issues of education, issues of racial disparity, and issues of income disparity, I feel like I had a front-row seat throughout much of my childhood to these sorts of things. I think sometimes—depending on where you’re from—people might not even realize that this kind of stuff is also happening right here in the United States.

What made you decide to add graduate school to an already full plate?

For me, personally, I feel like if I’m not pushing myself then I’m stagnating. I went to undergrad at another prestigious institution (Johns Hopkins University) and I worked the whole time I was there (for the Baltimore City schools), so it’s not a first for me [to take on school and work]. My reluctance to go to graduate school was really about not wanting to leave a job that I loved doing and not wanting to go back to being a full-time student. When this form of program opened up at Harris, I knew I could balance both school and career. I always considered a graduate degree and I always had an interest in public policy, but having that flexibility was very important for me. I don’t need to take two years off and do only this; I can kind of keep my life moving forward at the same time.

How does your experience at UChicago affect your desire to pursue public policy?

I work for the University of Chicago. But before I came to UChicago, I don’t think I really fully understood the atmosphere of the university itself. But even just working for UChicago, I’ve come to realize that it’s such an intellectually curious environment. Everyone is really passionate about whatever weird thing it is that they love doing. Being exposed to that and being exposed to Harris—I do a fair amount of work for the Harris staff—and then realizing that I can keep working there and also go to Harris, I think I would be a fool not to do it.

You’re currently working as an analyst for prospect research and gifts at UChicago. How do you think that will impact the work you’ll be doing at Harris?

Prospect research is an odd field that attracts people with a variety of backgrounds. But what unites all of us is that we are people who like to solve problems and we like to be able to answer questions. We like to always have that answer in our back pocket. I think that connects to public policy: the desire to give people a solution. For me, part of the reason I want to go to graduate school is that I would like to transition back to working in the public sector. I think that a graduate degree from Harris will help me to translate the skills that I already have into serving in more of a public service role (rather than a nonprofit role).

Do you have any advice for prospective students?

It might be a little premature for me to offer advice because I haven’t even started yet, but I will say this: Go. Go ahead and give it a shot. There are a lot of decision points along the way, and just applying doesn’t mean you have to go right now, but try it and find out. The application is not that bad. You can get through it. Just go ahead and try it.

What is the most meaningful thing that you’ve done recently?

I’ve been helping my mother to recover from lung cancer. It really drives home how ephemeral things can be. Things can change in an instant, so putting your best effort in at all times matters because you never quite know what tomorrow will bring. You’ve got one shot to make it count.

What do you like to have on a pizza?*

I am from St. Louis. We have this horrible cheese that no one else in the world likes called Provel cheese. St. Louis–style pizza always has Provel cheese on it [Note: This interviewer had never heard of such a cheese. A quick Internet search revealed that Provel cheese is a “made-up cheese” and is a combination of cheddar, Swiss, and provolone cheeses, and is rarely used or enjoyed outside of St. Louis.] I have had the great fortune to live in many cities in the United States and in many countries besides the United States; whenever I’m feeling really nostalgic or homesick and I want to feel like I’m back home in St. Louis, I always have this pizza.

*This question appears as part of our new “Pay it Forward” Question Series. Each person profiled will pose a question for an as-yet-unknown future interviewee.

END_OF_DOCUMENT_TOKEN_TO_BE_REPLACED 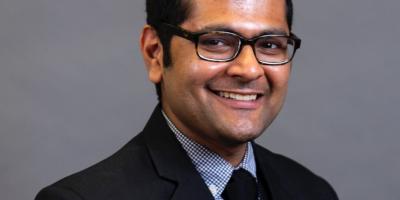 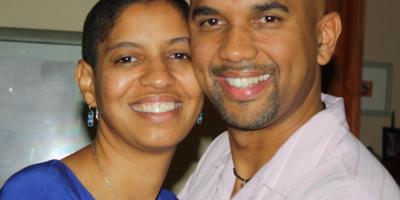 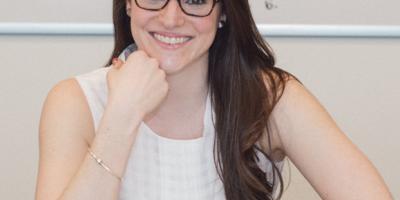