Whether it’s on Twitter or across the dinner table, Utsav Gandhi, MPP class of 2020, cares about how we talk to each other. Originally from Mumbai, Gandhi graduated from the Illinois Institute of Technology in 2014 and began working at the Illinois Science and Technology Coalition. He has held many roles since then, all in the field of technology and startups. Though he almost went to journalism school, Gandhi says, “I was a policy minor and always was thinking that way, and during the 2016 election season I saw an opportunity for political discourse regarding these platforms, so I decided to look at graduate programs in policy to study this emerging space —the policy of social media and regulation.”

Gandhi had been living in Chicago for seven years when he began thinking about graduate school and was excited to find a program he was interested in so close to home. “I hadn’t lived in this part of the city but was aware of events going on at UChicago. I was attracted to the prestige that comes with a UChicago education as a whole, and I was always interested in the role of the university in its immediate community and the city of Chicago.”

At Harris, Gandhi has thrown himself into his area of interest and beyond. During his summer internship, Utsav worked with a professor at Georgetown on a research project studying communication, culture, and technology. “I studied how journalists used Twitter to fact check politicians, specifically during the Indian election season that happened earlier this year… It taught me how academic research works: We spent the first two weeks figuring out the research question to understand what data we might be able to procure and how to structure the project. A lot of Harris skillsets came in handy—I did a lot of R programming from my statistics class, and from the sample of 18,000 total tweets we were able to conduct and complete an analysis of approximately 4,000 of them.

One intermediate revelation from analyzing this subset of tweets during the summer was pleasantly surprising: The general public (at least the one using Twitter) seemed to be defending the role of journalists as gatekeepers of truth and democracy with just as much volume as those attacking them. This is by no means an absolute victory for the field of journalism, as there were several accusations of partisanship and misinformation, and journalists were direct recipients of some of the worst hate speech I saw on the platform. However, it was at least a little heartening to see vocal support for journalists as fact-checkers during times of contentious democracy. That really solidified my desire to work in this space.”

Gandhi’s interest in communication goes beyond the Twittersphere: he’s also interested in how humans with different views interact face-to-face, an interest that he was able to nurture at Harris, with the Center for Effective Government, which focuses on solutions to political polarization. “I’ve been able to lead and host Across the Aisle dinners, where we invite between six and eight liberal- and conservative-identifying students to debate a policy in a civilized manner.”

Gandhi has applied his learnings from Across the Aisle to his studies of how Twitter users interact with one another: “It really gets me riled up when I see the toxic environment online when people aren’t willing to listen to each other—or disagreeing on a basic fact. I’ve been interested in looking at how our online and digital environments are a reflection of our state of affairs.”

As for his professional aspirations, Gandhi wants to continue working in social media and communication. “Professionally, I hope one day that social media companies are able to fix and correct the problems they’ve created, such as the spread of misinformation and issues with cybersecurity, particularly with regard to elections. I think that’s my next career objective: to see if I can help these companies meet these challenges.  I would like to see for myself what these companies are doing, just to understand if they have the bandwidth and incentives to make some of the changes they need to make. Eventually I would actually like to be the CEO of a social media company guided by the principles I’ve seen succeed during my time at Harris.”

END_OF_DOCUMENT_TOKEN_TO_BE_REPLACED 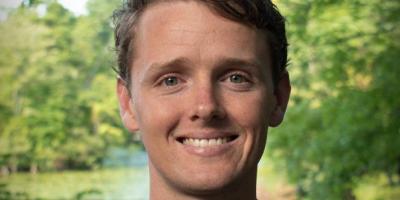 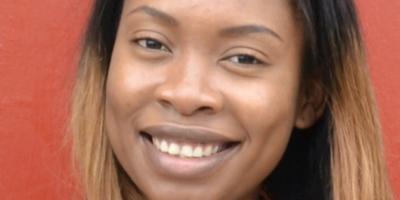