As the co-founder and director of the nonprofit Jugar Y Criar Foundation, Gaviria fought to improve conditions and create programs to help mothers left to raise their children in one of the most perilous places in Mexico: inside prisons.

Fighting to support the children’s development while learning about the societal forces that prompted their mothers’ imprisonments inspired Gaviria to begin addressing the problem from a public policy angle.

“The only way to help larger populations is by changing policies and laws,” Gaviria said. “Harris is preparing me to help do that.”

She first began assisting imprisoned women and children in 2017, following a chance trip to a prison to help her aunt, a psychoanalyst, throw a party for children born behind bars. At the time, Gaviria was a kindergarten teacher with a BA in psychology—and had no idea Mexican law allowed children born in prison to be raised by their incarcerated mothers from birth to age six.

What she saw in the prison shocked her: terrified children—many severely developmentally delayed—living in concrete prison cells with their mothers and almost no amenities or programs to help them.

The visit inspired Gaviria and her aunt to form the Jugar y Criar [Play and Raise] Foundation, and Gaviria soon began working as a project leader and researcher for Reinserta, Mexico’s leading prison inmate rehabilitation nonprofit. There, she created some of the nation’s first programs teaching parenting skills to incarcerated mothers and providing educational opportunities to their imprisoned children.

“Many of these children don’t have family members outside that could take care of them: they’d actually be worse off outside prison,” Gaviria said. “We saw the chance to help a population nobody was supporting. It took time to build trust with these women, but we told them from day one: ‘We are here to help your children, because we don’t want them to end up in the same place you did.’”

All programs found success, with children showing post-treatment improvement in cognitive development, motor skills, and maternal relationships. In response to these successes, the Mexican Senate altered national laws to mandate special child-safe cells for mothers and guarantee early education programs and recreational activities for the children of incarcerated mothers. Additionally, the program Gaviria directed for Reinserta won a grant to expand to two other Mexican prisons, and those developed by Jugar y Criar were replicated in Colombia and Uruguay.

Witnessing government’s ability to affect large-scale change encouraged Gaviria to ponder how to fix the societal problems that caused mothers to end up in prison in the first place, and Harris is equipping her with the tools to address those issues. “During my first year at Harris, I learned to better identify and assess the roots of social problems, to measure the impacts of pro-social programs, and to design more effective interventions. I’ve never been in a place where you can feel such optimism, where you’re surrounded by people who not only want to change the world, but are actually trying to do it.”

Following conversations with her academic advisor and work as a research assistant in UChicago’s Behavioral and Insights Parenting Lab (BIP), Gaviria began focusing on family and labor policy. “In the BIP Lab, I saw how they improve children’s education by involving the parents. We need programs that ensure parents are engaged, know how to care for their children, and have the financial help they need to do so.”

And while Gaviria isn’t certain where she’ll end up after Harris, improving conditions for mothers and children in Mexico is crucial to her. “I want to give parents the support they need to take and raise a child. I want to help Mexico be a better place.”

END_OF_DOCUMENT_TOKEN_TO_BE_REPLACED 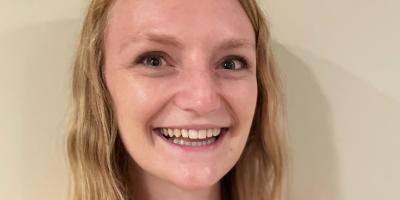