Originally from Boston, Jack Marshall brings a passion for working in East Africa and economic development to Harris.

While earning his undergraduate degree in economics and theology at Georgetown University, Marshall found a summer job working for researchers in Tanzania. The research initiative, Georgetown University Initiative on Innovation, Development, and Evaluation (gui2de), was conducting a project trying to reduce road fatalities.

“Before going to Tanzania, I really didn’t know much about development or empirical research,” Marshall said. “I was always interested in policy and engaged in politics, but during my time at Georgetown I didn’t have a clear idea of what I wanted to do for a career. I thought economics was a good way of looking at the world, and I wanted to do something related to government, but I wasn’t sure what that would look like specifically.”

His experience in Tanzania was the turning point he needed. “That summer I realized I wanted to pursue a career in development.”

Once Marshall graduated, he began working for Precision Agriculture for Development (PAD).

Founded by Nobel Prize winner Michael Kremer, who now teaches at Harris, PAD was a new NGO that took Marshall to Kenya, where he worked to leverage digital tools to spread agricultural information and advice. “Even in really rural areas, most people have a mobile phone,” Marshall explains. “If you can use mobile apps to disseminate information about farming, it can be a very cost-effective way to get agronomic advice to people.”

Marshall also met a few Harris alumni while in Kenya, putting the idea of a graduate degree from the University of Chicago on his radar. He came across the MA in Public Policy with a Certificate in Research Methods (MACRM) program through a post on Professor Chris Blattman's blog: "Finally, the Master’s degree designed for people who want to do serious research or a PhD."

“MACRM is a unique program for an aspiring researcher like me, because you can get really high-quality quantitative training alongside mentorship from incredible faculty members,” Marshall says.

His research interests include agricultural economics alongside occupational change, as well as health outcomes linked to poverty and development economics more broadly. “For development, a really large portion of poor households in the world are involved in agriculture, so you can’t neglect that.”

Marshall envisions pursuing a PhD in economics after gaining more research experience in the MACRM program at UChicago. “I’m really fascinated by the question of how small firms in developing countries can establish themselves and gain a foothold in already competitive markets.” He hopes to eventually conduct innovation-focused research with practical applications.

As for his immediate plans at Harris, Marshall says he’s eager to learn about the many other topics, policy areas, issues his classmates are passionate about. “That’s the exciting thing about Harris—you have students coming from all sorts of backgrounds and interests, with almost endless opportunities for peer-to-peer exchanges of ideas.”

END_OF_DOCUMENT_TOKEN_TO_BE_REPLACED 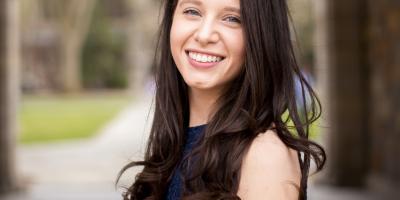