Samantha Simpson, AM’19, Runs to Represent the Southwest Side and Suburbs in the Illinois General Assembly

With a desire to “make our district and state feel like home again,” former Obama aide Samantha Simpson is running to represent the 31st House District in the Illinois General Assembly, where she pledges to promote affordable housing, expand access to healthcare, and fight for safer neighborhoods – issues squarely aimed at increasing equitable access for underrepresented communities.

The 31st district spans neighborhoods from Countryside to Auburn-Gresham, covering a narrow corridor cutting across much of Chicago’s Southwest Side and Southwest Suburbs. Born in Englewood and now a resident of Auburn-Gresham, Simpson knows the area and its challenges – but she recognizes that she “still needs to earn their votes.”

Simpson has known the power of public services to make lives better her entire life. Her mother moved into her Englewood home from the Robert Taylor housing project a few months before Samantha was born through a one dollar home program. That program helped give her a secure life that doesn’t match what she now sees around her in the district; instead, she sees large property tax increases and an economy that threatens the comfort and safety of her neighborhood.

Simpson brings a diverse resume to her first run for elected office. Her experience working in the Consumer Financial Protection Bureau (CFPB) under President Barack Obama gave her skills that she hopes to use in the Illinois General Assembly in pursuit of helping those in her community thrive. Simpson took on various roles during her more than six years there, working in areas as diverse as digital product development, enforcement, and technology investment.

“An early moment where I understood how political leaders and the public sector generally could lead to change in a community was during my time as an Education Policy Intern for President Obama when he was a United States Senator,” said Simpson. “After that, I started searching for ways to apply and strengthen my experience, and that led me to the work during his administration for CFPB, and ultimately to where I am now in my career.”

Currently, Simpson campaigns as her full time job, using her past work experience to fuel her dedication to meeting voters and learning about their perspectives so that she may advocate for them.

Simpson’s enrollment in Harris Public Policy’s Evening Master’s Program (EMP) has given her greater confidence to engage and advocate for her views. She says she’s learned a great deal from her Harris peers who come from a range of backgrounds and work environments. While learning from their experiences and unique perspectives, she has been able to lend her own perspective to the group as someone with extensive community activism, and state and national political experience (in addition to other statewide positions, Simpson has worked as the Communications & Policy Manager in the Office of the Ohio Attorney General).

To Simpson, the decision to run for office dovetailed with her desire to use what she has learned in the EMP, especially “a comfort with data that has been transformative,” to serve her home district. Through the program, Simpson has gained analytical skills, which combined with her on-the-ground political experience, round out the abilities that she intends to bring to bear on the concerns of her neighbors and potential constituents.

“We see a lot of Harris students decide to run for office at some point in their careers,” said Jeremy Edwards, senior associate dean for academic and student affairs. “A common thread among Harris students is the desire to drive change, yet so many policymakers at every level do so without confronting their own biases about what will work. Samantha Simpson, like other Harris students before her, is going about making policy the right way – letting the evidence of what works, and not her own assumptions, guide her quest to make an impact for those who most need it.”

“The intellectually rigorous environment of the program – and the freedom we had to challenge each other’s and even the professors’ thinking, based on our life experiences – prepared me well to look to the next phase of my career, hopefully as the next elected representative of the 31stdistrict,” Simpson explained.

“Samantha Simpson’s natural curiosity shone during and outside of class in the Evening Master’s Program, and the Program community was more vibrant and interesting because of her,” said Krisinda Doherty, the Evening Master’s program director. “The qualities I see in her are those which help people succeed in elected office: Samantha seeks to understand before making herself understood, and she finds ways to bring others into the conversation.”

Her Harris education may have been part of what the Chicago Sun-Times was talking about when they endorsed Simpson, saying, "It’s not often that a first-time candidate for elective office is as prepared as Samantha Simpson to step in and do the job."

The Illinois primary election will take place on March 17.

END_OF_DOCUMENT_TOKEN_TO_BE_REPLACED 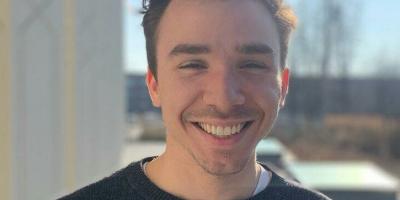 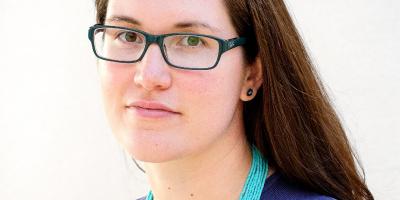 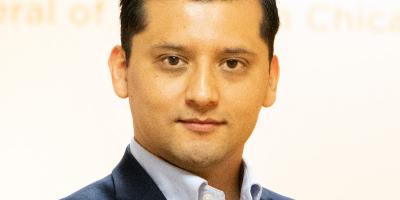