While religions shape cultural norms and values, motivate social group organization, and define the contours of political and economic power, we know little about what influences people’s adherence to religious practices. Religious adherence has been hard to study in part because it is hard to measure. Most studies of religious observance rely on surveys, which are undependable owing to infrequent and sparse coverage over space (especially in conflict-prone regions), and because they use stated rather than revealed preferences. In other words, surveys measure what select people say, and not what they do.

In this new paper coauthored by Oeindrila Dube, Philip K. Pearson Professor of Global Conflict Studies at the Harris School of Public Policy, the authors offer a new approach to measuring religious adherence that they apply to the study of religiosity in Afghanistan. Their approach is based on a simple insight: A core tenet of Islam is to pray five times daily at specific times; therefore, the authors posit that the amount of non-prayer activity observed during the prescribed prayer window provides an indication of religious adherence. 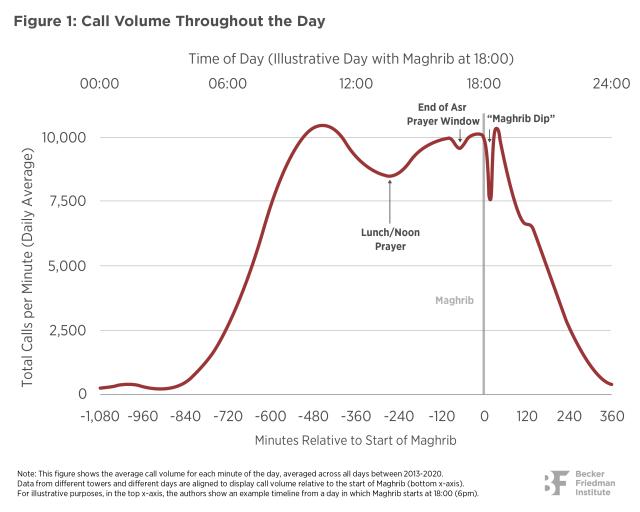 The paper contains both a methodological and applied section, which are briefly described in this Economic Finding (please see the full working paper for more details). In the methodological section, the authors employ anonymized mobile phone data from one of Afghanistan’s largest mobile phone operators to measure religious adherence based on the volume of call drops during the evening Maghrib (sunset) prayer window. Talking to others, including on the phone, is widely considered to invalidate prayer, and the Maghrib prayer window is well-suited to this task because it is short and well-defined, and because it occurs during a time when people are awake and otherwise active. Based on data from nearly 10 million unique phone users and 22 billion phone calls from 2013-2020, the authors find the following:

The authors validate this measure of religious adherence by analyzing survey and geographic connections, to find the following: 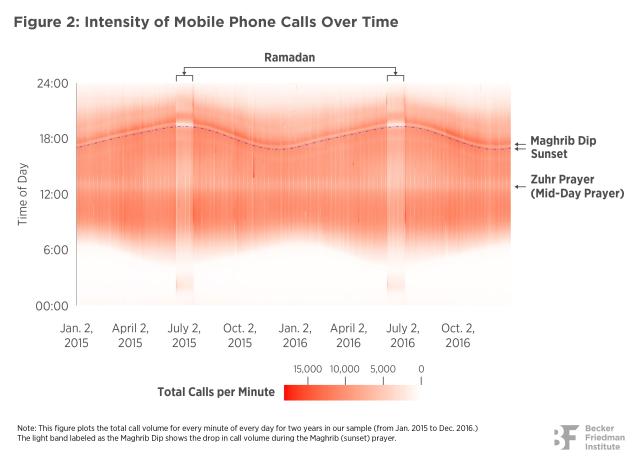 Climate shocks exert the strongest effects on religious adherence during the growing and post-harvest seasons, and have no statistically significant effect during the harvest season itself. Thus increases in religious adherence stemming from adverse climate conditions do not reflect the opportunity cost of time — since the agricultural workload, (and hence the opportunity cost of time) , reaches a peak during the harvest season.  Rather these patterns suggest that people turn to religion to help them cope with the expectation or experience of bad economic downturns.

The authors’ simple—yet powerful—insight that aggregate patterns of technology use (and dis-use) can provide a new, quantitative perspective on religious adherence over time and space in Afghanistan is applicable to other religious environments around the world. Indeed,  the authors’ approach is likely relevant to a wide range of contexts where anonymized digital transaction logs are available.

This finding originally appeared at the Becker Friedman Institute for Economics at UChicago. 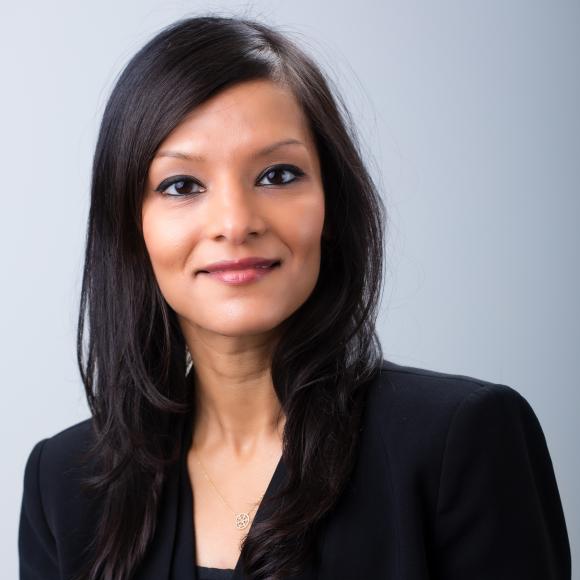 Oeindrila Dube is an economist and political scientist who studies conflict and crime. Her current research interests span from religious extremism in developing countries to effective policing in the United States.