Lured by the prospect of inventing something entirely new and leaving her mark on U.S. housing policy, Kimberly C. Driggins, MPP'95, has taken her characteristic passion back to Washington, D.C.

She is executive director of the newly created Washington Housing Conservancy, molding a fresh model to tackle the affordable housing crisis, aimed at ensuring that middle-income teachers and firefighters are not priced out of their homes by rampant development.

“It’s not just taking what I do and doing it in a new place,’’ said Driggins, explaining what motivated her to leave the Detroit job she so loved, Director of Strategic Planning/Arts and Culture in the Planning and Development Department.

“What gets me going is to be constantly learning and growing – going where the same playbook doesn’t apply,’’ said Driggins, a 1995 graduate of the University of Chicago Harris School of Public Policy.

No one would mistake this market-driven approach for the same playbook.

Rents are rising far faster than incomes in the Washington, D.C. area, creating a housing affordability crisis that will only deepen when Amazon comes to town. The Washington Housing Initiative was founded by the Federal City Council and real estate developer JBG Smith Properties to address the problem.

Their shared mission is to build vibrant and economically integrated communities while delivering a healthy return for investors. With funding from the Impact Pool, the Conservancy will buy, improve and manage existing apartment buildings in neighborhoods deemed “high-impact.’’

A “high-impact’’ neighborhood is one that is a target for development certain to drive up prices and drive out working-class residents. Like for-profit developers, Driggins and the Washington Housing Conservancy seek buildings in neighborhoods with good schools, low crime, grocery stories and public transportation.

“It is a very specific intervention to mitigate an escalating problem,’’ Driggins said. “These high-impact locations are where pressure is greatest for displacement.’’

The Washington Housing Conservancy plans to buy 3,000 apartments in buildings of 100 or more units. It will charge sliding rents to ensure a significant mix of incomes in each property. The broad target is middle-income workers earning between $50,000 and $120,000 though the Conservancy expects at least 10 to 15 percent of occupants to be low-income families with children.

Buying the buildings is only half the equation. Creating healthy communities of mixed incomes is the second half – and that speaks to Driggins’ unusual background and true passion.

“I am an urbanist and a placemaker,’’ said Driggins, fresh from Detroit where she led ground-breaking planning and design projects successful in inviting people back to neighborhoods long vacated.

“They hired me because I understand community building – creating experiences and places where people interact, where people want to be,’’ Driggins said. “It’s how you think about social implications and social impact strategy. We want to be good neighbors – and when this is successful, the whole neighborhood benefits.’’

The search committee saw a unicorn of sorts in Driggins.

Driggins brings a holistic range far beyond technical skills, said David Roodberg, chair of the Washington Housing Conservancy board. She can connect with residents, establish neighborhood partnerships and persuade potential funders, he said.

The Conservancy board was impressed also by Driggins’ access to national organizations and thought leaders, Roodberg said.

That is her broad network of fellow “housers,’’ housing policy professionals. “I have reactivated my kitchen cabinet,’’ she said, many of whom she met through Harris.

One is Mark Joseph, AM'94, PhD'02, noted academic, author and consultant in mixed-income development as a strategy for promoting urban equity and inclusion. Based at Case Western Reserve University in Cleveland, Joseph's research center, the National Initiative on Mixed-Income Communities, was engaged to advise the Washington Housing Conservancy even before Driggins began her role in October 2019.

“I could not be more thrilled and energized to be reunited with my Harris School classmate Kimberly as she takes the helm at this timely and innovative mixed-income housing effort,’’ Joseph said.

Joseph had signed on to helping design and implement a social impact strategy for the Conservancy.

“When we learned that Kimberly had been recruited back to D.C. from her groundbreaking placemaking work in Detroit, we realized that this had now become an incredible opportunity to do something unprecedented in the quest for more equitable neighborhoods in booming metro areas,’’ Joseph said. “Kimberly's technical prowess, flair for creative design and no-nonsense approach in the face of daunting challenges will be invaluable as she leads this work forward."

The Washington Housing Initiative’s core innovation is uniting four elements that have traditionally existed in siloes in the world of housing policy – for-profit developers, non-profit agencies, philanthropists and government.

“This is the first organization that brings all of these together,’’ and for significant advantage, Roodberg said.

“You get the skill sets and equity of the private world, the tax benefits and other attributes of non-profits, the philanthropists that are now excited about participating and making grants, and government to provide policy incentives.’’

Driggins, who began her role in October, is unusual in that she has worked in all four areas.

After earning a bachelor of arts degree in political science at Hampton University, Driggins worked as a White House intern, sparking an interest in policy. She attended Harris, thanks to a Woodrow Wilson National Fellowship in Public Policy and International Affairs. After graduating from Harris in 1995, she spent 20 years in Washington in the urban planning and development field, the last seven as director of citywide planning, where her enthusiasm and talent for creative placemaking were born.

Driggins describes as game-changing her time as 2016 Loeb Fellow at Harvard University’s in Graduate School of Design. There she explored the intersection of design, civic engagement and creative placemaking through the lens of equity and inclusion.

Today she serves on the board of the Project for Public Spaces, a non-profit organization dedicated to building the place-making movement. And she chairs the board of the Gehl Institute, which provides a public life data protocol.

This exceptional brew of experience loomed as Driggins prepared for a crucial meeting in December.

The Washington Housing Conservancy had identified its inaugural acquisition and Driggins was meeting with the building’s residents for the first time to begin the vital communication, engagement and collaboration work that would ultimately determine success.

“It came together quickly, so it really forced us to be crisp and clear about our message,’’ she said. “You have to build trust. We want people to see us as authentic, and an honest broker of information.’’

It will work if the residents are very much involved, Driggins believes.

A for-profit developer steps in and says, “This is what we will do.’’ The Conservancy, on the other hand, seeks to co-create. “It’s resident-driven engagement and resident-led social impact – what they want to see happen.’’

That might involve parks, working with small businesses or child-care and after-school projects. “Everything is on the table,’’ she said.

Other cities are watching closely. Roodberg and Driggins are committed to sharing learnings and fully expect the model to scale.

END_OF_DOCUMENT_TOKEN_TO_BE_REPLACED 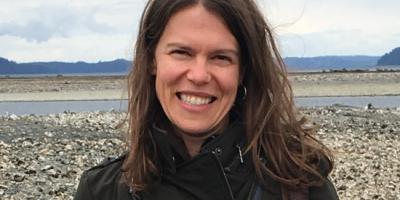