“Harris really appealed to me because it branded itself as Social Impact, Down to a Science,” said Alex Cordaro, MPP’20 and Development Associate with Walters Group Apartments. “The social impact of the program definitely drew me in, but the value of the quantitative toolkit is immeasurable.”

Cordaro's interest in pursuing a career in public policy began with his desire to help people. “As an undergrad at Ramapo College, I double-majored in history and political science so I could get a better sense of context for how political and policy decisions are shaped.” Cordaro also interned for various legislative offices while an undergraduate, including the office of Cory Booker, the New Jersey Senator and Democratic candidate for the 2020 US Presidential election. “I remember examining the effects of the federal budget cuts on the gateway program for revitalizing public transit between New Jersey and New York City,” said Cordaro.

However, Cordaro's most transformative internship was for New Jersey Senator Bob Gordon. “I started working for Gordon after a major train crash in Hoboken. At Gordon’s office, they were very focused on the Gateway Project and the Port Authority and making the Northeast Corridor safer. However, I noticed most of the activities were focused on politics and not so much on policy,” said Cordaro. “I wanted to be more on the front of making things happen and being a part of change, rather than just the politics of it.”

Cordaro subsequently handed out flyers with staffers from the Senator’s office at the Hoboken train terminal. The flyers promoted a public hearing regarding how the state was going to finance a revitalization project to make the Northeast corridor safer.

“That’s where I got a bit more interested in the policy behind it all,” he said. This interest led him to the University of Chicago Harris School of Public policy Master of Public Policy (MPP) program. “So, at that point I knew I wanted a career in policy, but I needed the quantitative foundation that was missing from my undergraduate experience,” Cordaro said. “And Harris was the perfect fit.”

After earning his MPP, Cordaro began working for as Program Analyst at Philadelphia Housing Development Corporation (PHDC). “I began working for PHDC in December 2020, right before the government gave out the stimulus packages. Part of the packages included financing for rental assistance, so we worked on creating a rental assistance program to disburse funds to eligible renters. I found myself leaning into my Program Evaluation class concepts quite a bit: how can I design the most effective program that can help the maximum number of people?”

PHDC went on to disburse $250 million in rental assistance to more than 39,000 rental households. “I’m confident that building a program capable of dispersing that amount of assistance is the kind of social impact component one can really only do with the quantitative tools Harris emphasizes,” said Cordaro.

Now, in his current role as Development Associate for Walters Group Apartments, Cordaro specializes in affordable housing policy research, land use analysis for potential sites, and closings and due diligence assistance. “I continue to use my Harris toolkit every day,” he said. “New Jersey has 565 municipalities, many of which are in need of affordable housing—especially given the state's high cost of living. Urban and municipal policy research is an integral aspect of my role, and the skills I acquired in Urban Economics and Policy with Dr. Kathryn Ierulli have undoubtedly made me better at my job, and it feels good to be using my Harris toolkit to help people in any way I can.”

END_OF_DOCUMENT_TOKEN_TO_BE_REPLACED 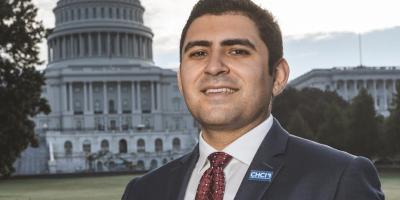