Once a year for the past 30 years or so, Harris students produce Follies, an evening of sketch comedy and musical theater roasting the school. This year, Follies covered topics from networking events and drafting emails, to the “cozy” atmosphere in the current building while students await the new Keller Center, to the struggle of balancing relationships while earning a Harris degree.

"The Harris curriculum is rigorous. We like it that way and that’s why students come here — our community thrives in this environment. But that community itself, and community-building are also a big part of the Harris experience. And so the Follies really allow everyone that participates in this community to poke fun at that. It’s one of the few times a year where we’re not really being asked to think hard or ask tough questions or challenge the status quo. We’re just there to be entertained and to laugh. We think it’s important not to take ourselves too seriously.”

On Friday, January 26, students, faculty, and staff gathered in Mandel Hall for a drinks and desserts reception before settling into their theater seats for the main event. More than a dozen skits and songs were performed, each garnering raucous laughter from the audience, the members of which could relate all too well to the light-hearted jabs at the Harris experience.

Performer Monica Torres, a second-year Master of Public Policy student at Harris, said the 2017 Follies were a highlight of her year in the school.

“Last year, I don’t think I ever laughed so much in my life,” she said. “So I decided this year I wanted to be part of making people laugh.”

Torres and one of her scene-mates, Faraz Ahmed, a student in the Computational Analysis and Public Policy Master’s program, said the Follies offer the chance for students to grow closer in an environment different from the serious, studious one of their degree programs.

“We’ve all been close-knit and together since day one, but this is a different setting,” Ahmed said. And it’s not just students working on the Follies and growing closer; Harris staff and faculty also perform and lend technical help along the way.

Fay Booker, Harris’ data services manager, has been involved in the production for about 10 years. “It’s a lot of fun to interact with the students, and I enjoy poking fun at Harris as much as they do,” Booker said with a laugh. “Plus, it’s a good opportunity in January, which can be a tough month in Chicago. It’s fun to try to bring various communities within Harris together to sort of joke about where things are and where they’ve been.”

At the end of the day, though, the students are the stars, onstage and off. Samuel Fuchs, who is in his second year in the health policy certificate program and who is also focusing on policy analysis and evaluation, participated in the Follies last year and decided to step up in the director role this year.

“I’ve been involved in theater since elementary school to some degree, and I really enjoyed Follies last year,” he said. “It was a lot of fun to be doing theater work again around my friends and classmates, and the opportunity to have some role in shaping it was really exciting.”

Fuchs said he worked closely with fellow students and steering committee members Christian Myers and Matt LaFond on bringing this year’s Follies to life. The trio met up toward the beginning of the school year to create a production schedule, students began work on writing material toward the beginning of winter quarter, performers rehearsed extensively the two weeks leading up to the performance, and countless other details were worked out along the way.

“It was probably the oddest combination of tasks I’ve had to handle, from reviewing a budget to finding a Jeopardy PowerPoint template,” Fuchs said with a laugh.

But when it comes to the Follies, the work feels like fun for this group of students, faculty, and staff. This year’s performance ended with the complete cast on stage, dancing and singing a math-themed parody of Whitney Houston’s “I Wanna Dance with Somebody (Who Loves Me).” The Harris students made some slight changes to the hit. The new chorus, “I wanna do math with somebody” had the audience clapping along to the beat.

Even some members of the audience were pulled onstage to join in the jubilee. If the goal of the Follies is to make people laugh out the stress that comes with studying at one of the most prestigious universities in the world, the 2018 edition was a roaring success.

The Follies has another goal, too: to build a stronger sense of community among Harris students, faculty, and staff. And by all accounts, it succeeded there, too.

“It’s a nice opportunity to strengthen the friendships and connections you have with people here,” Fuchs said. “I think it really is a great way to build a sense of community.” 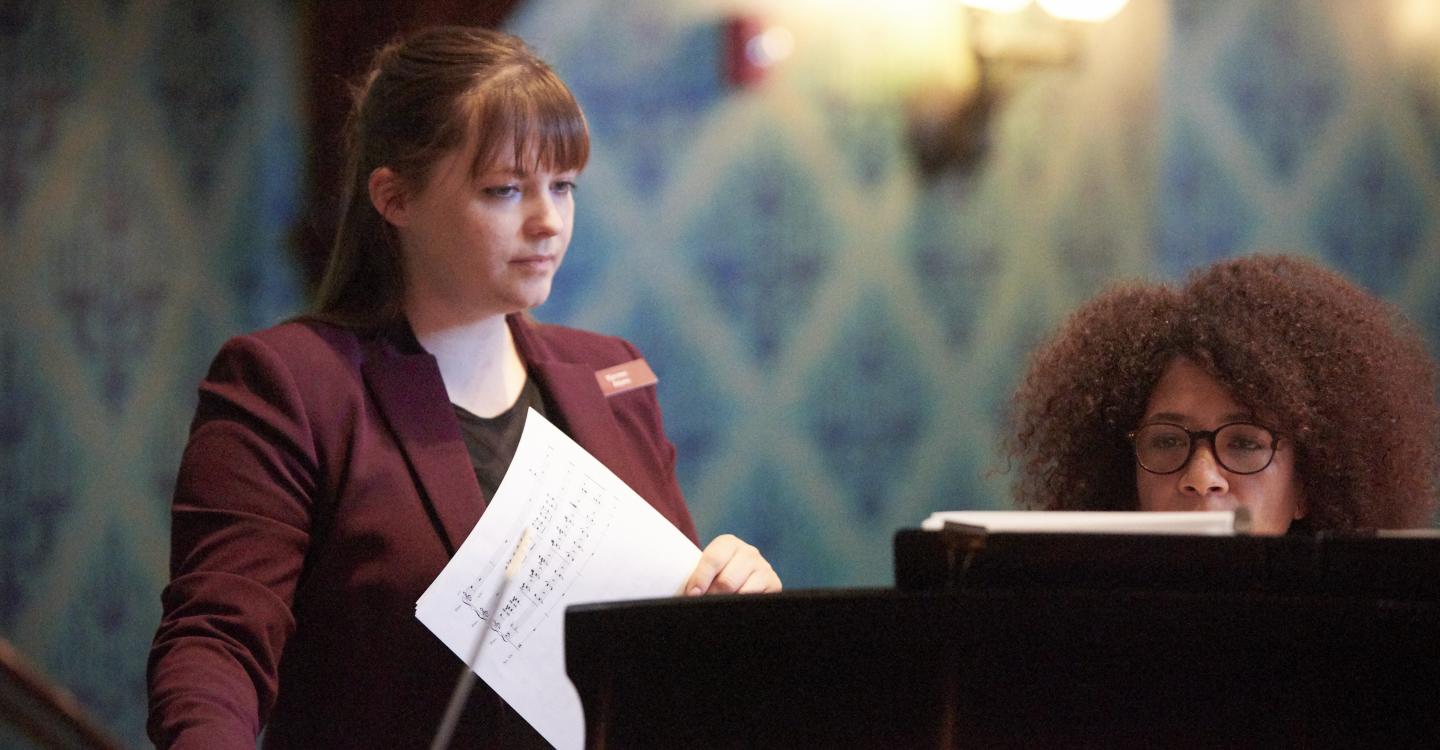 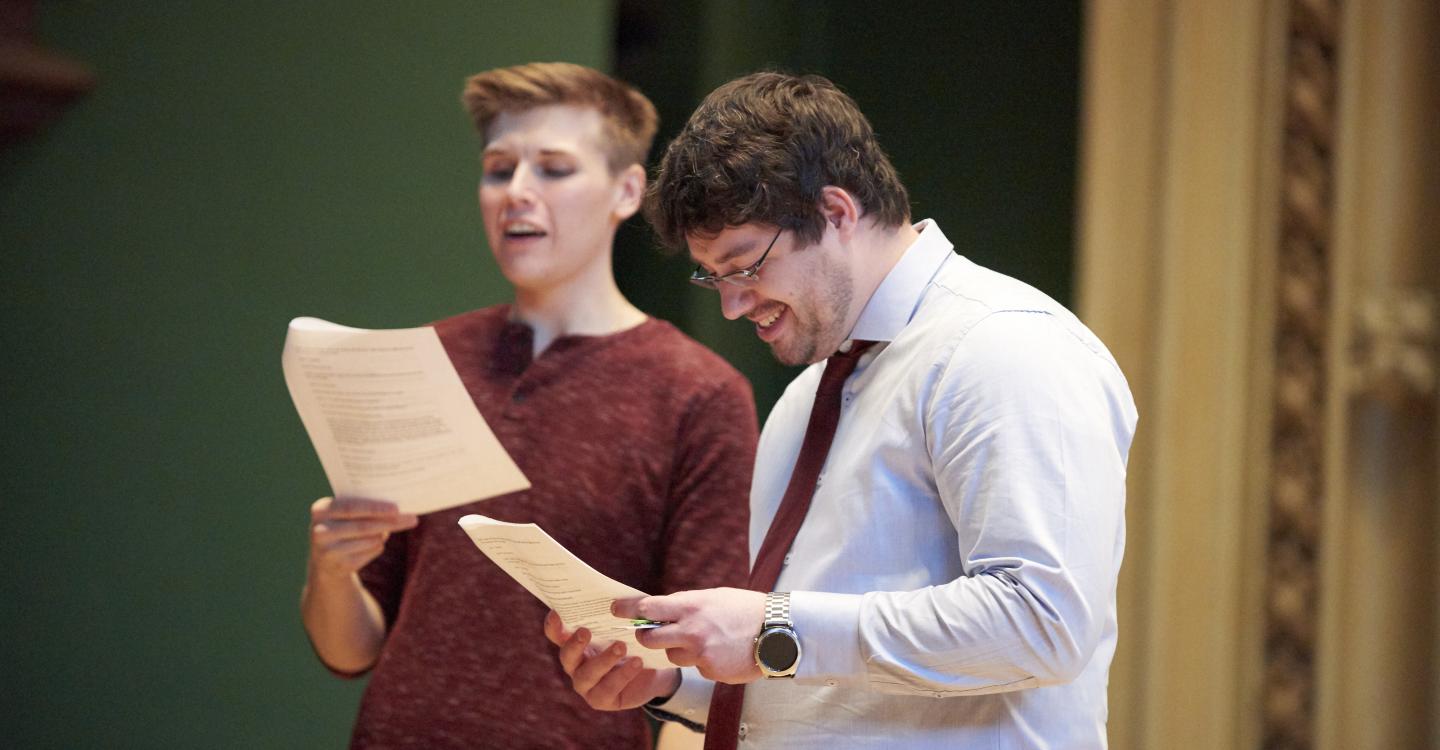 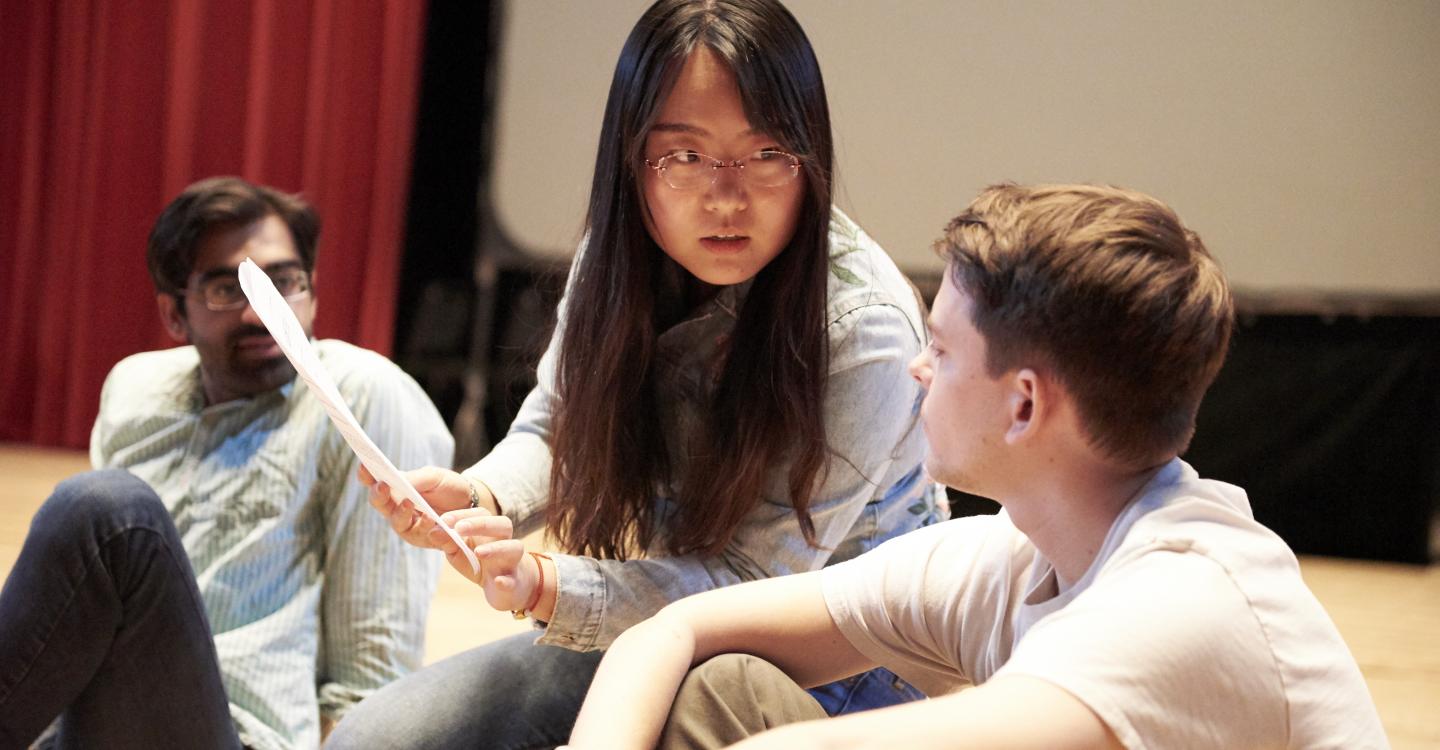 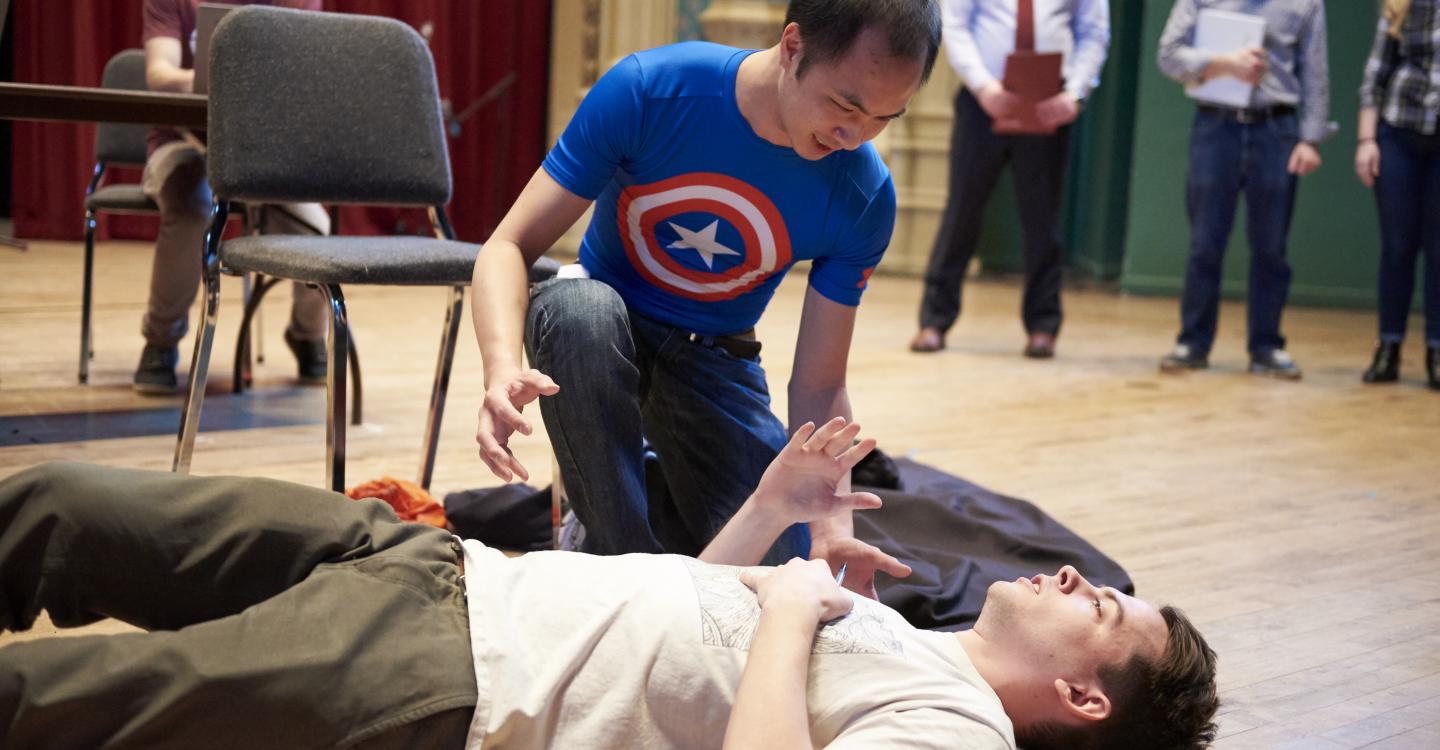 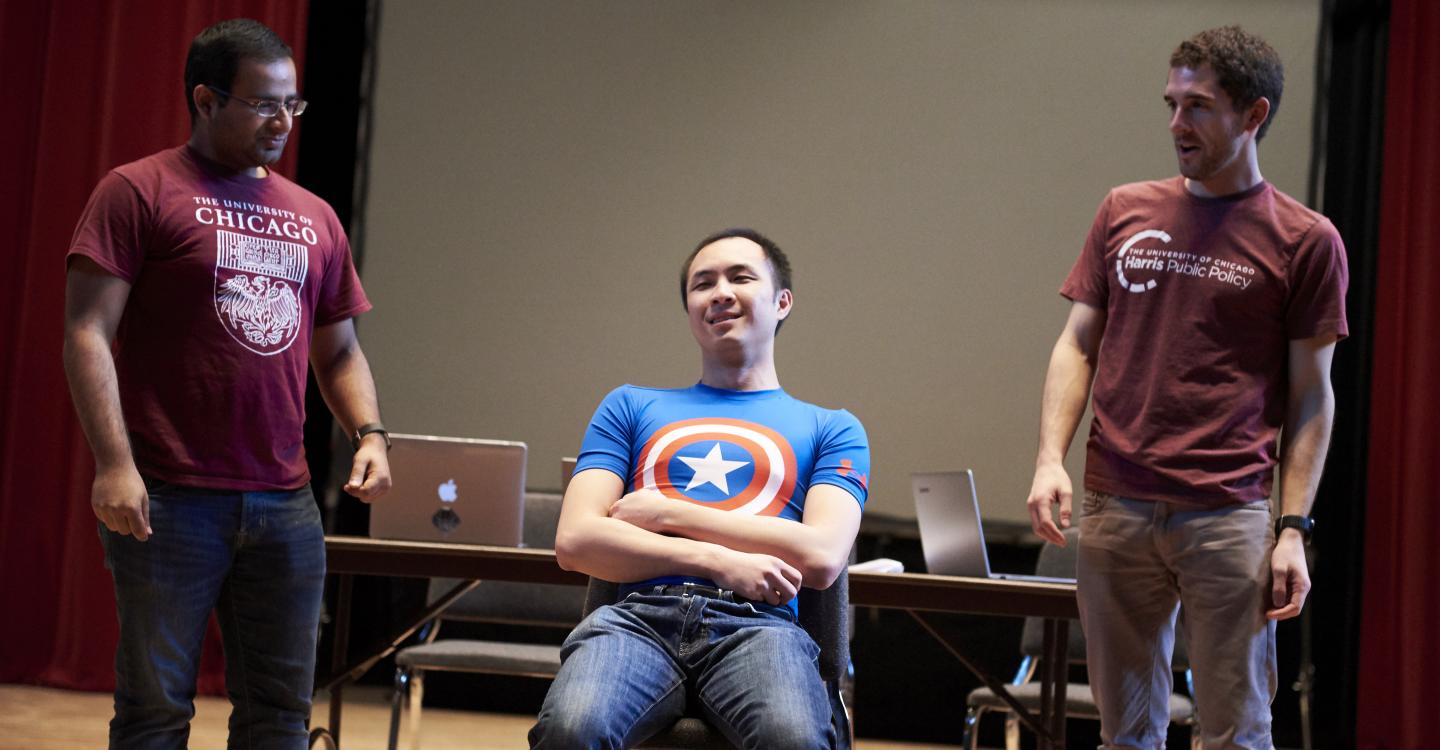 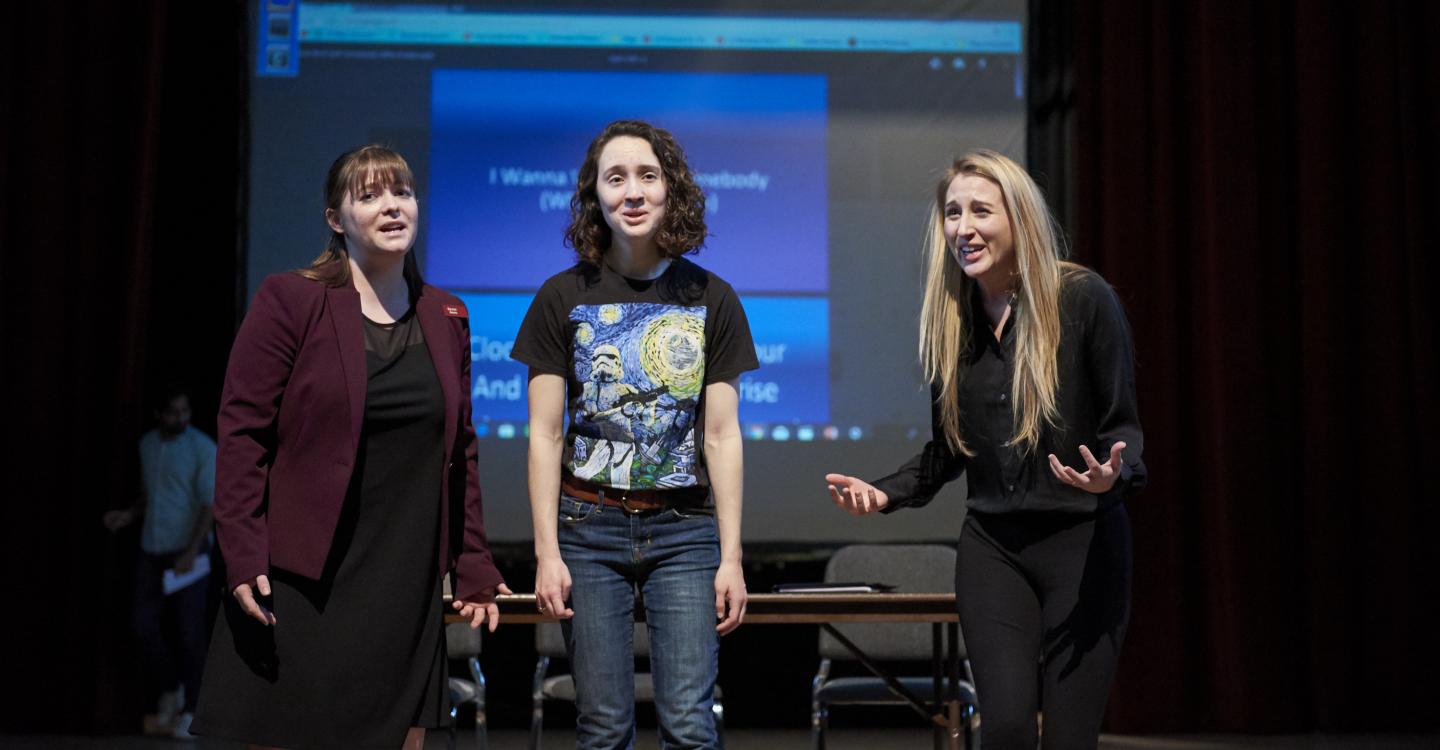 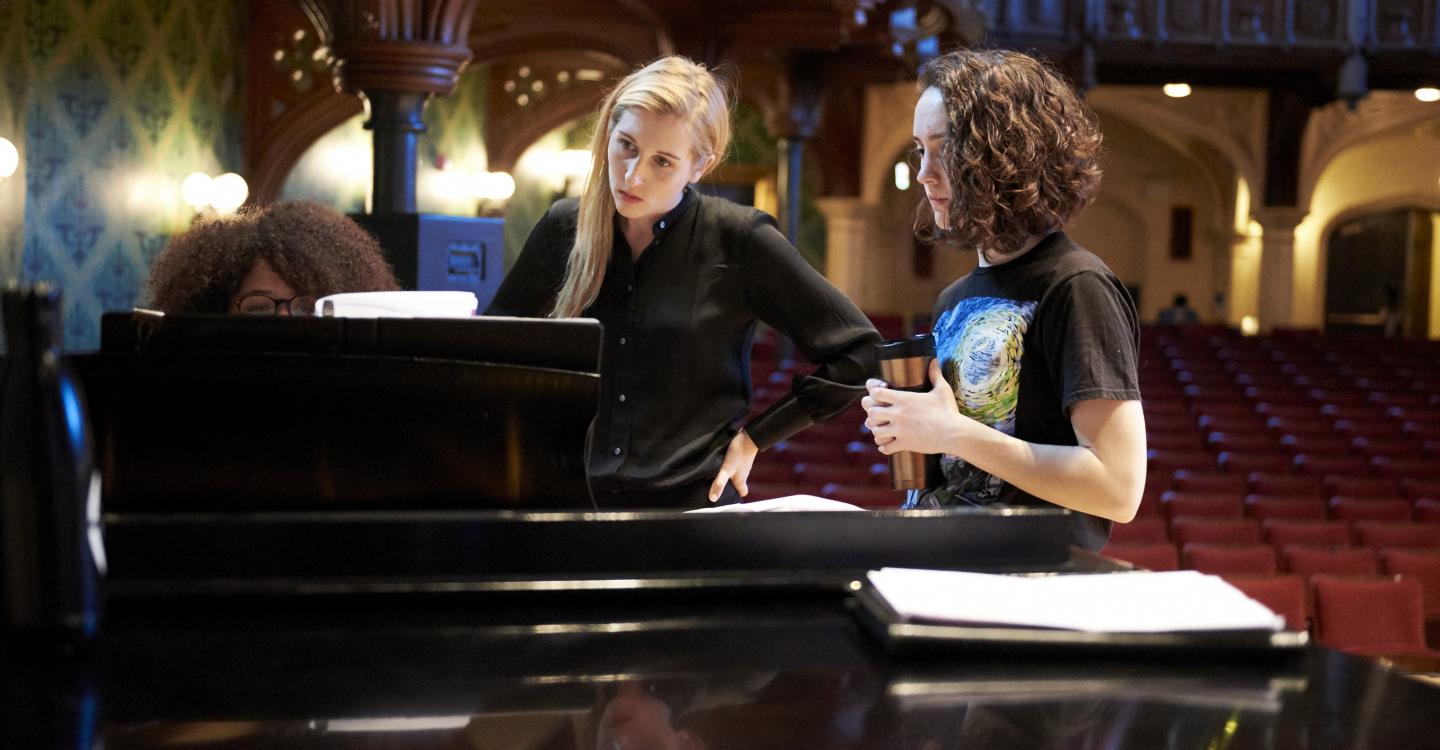 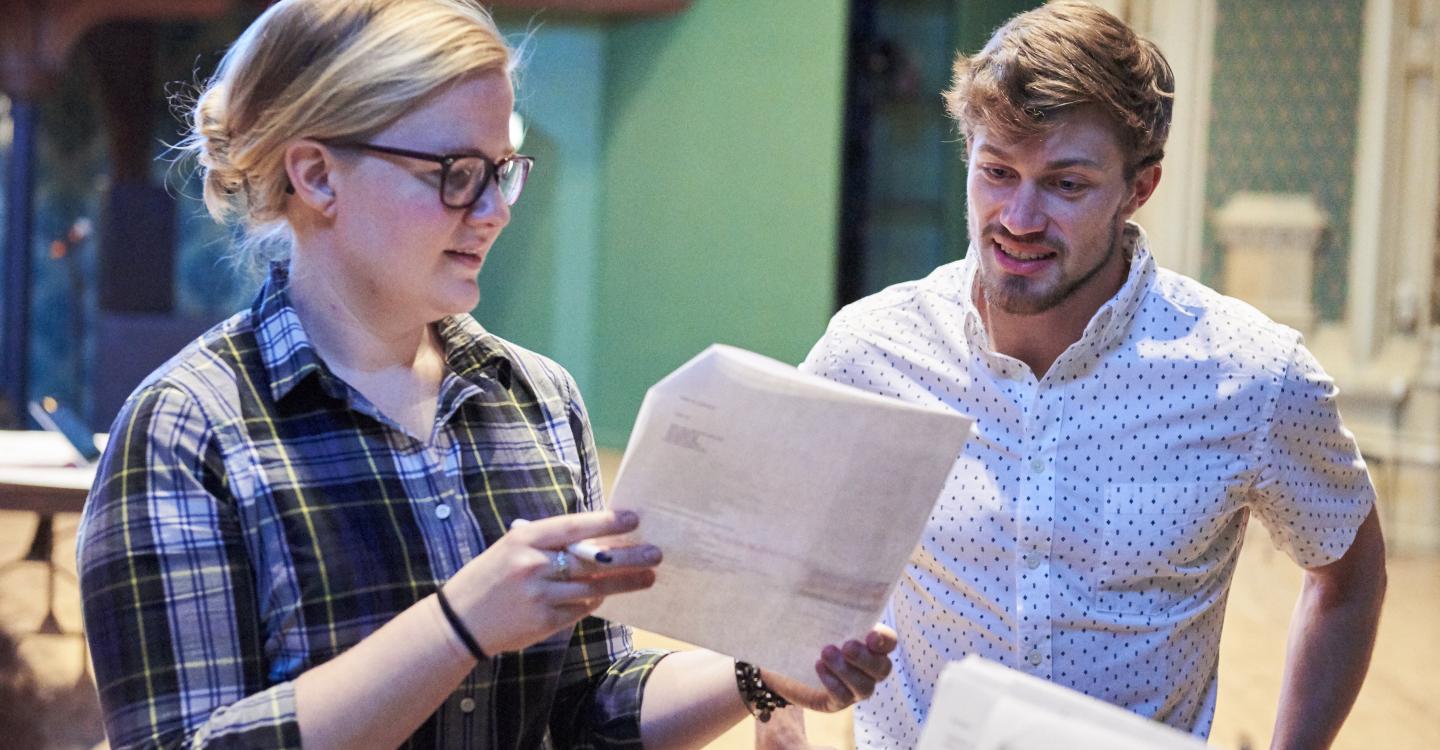 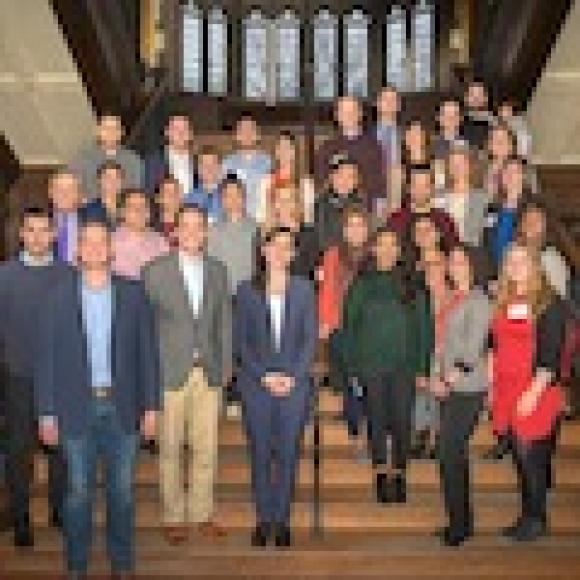 Our Growing Community of Service 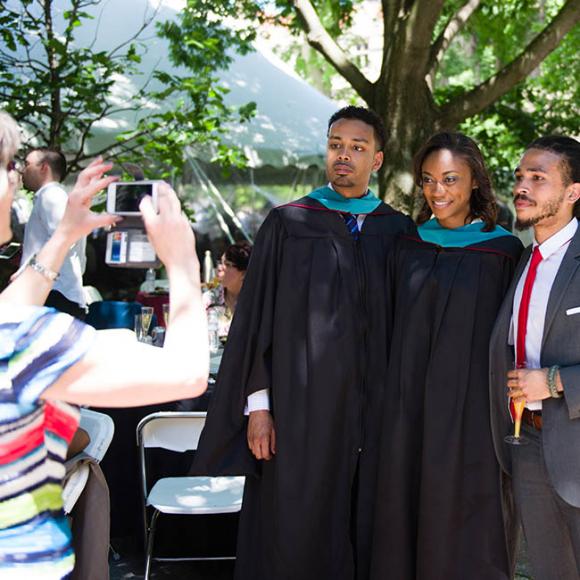 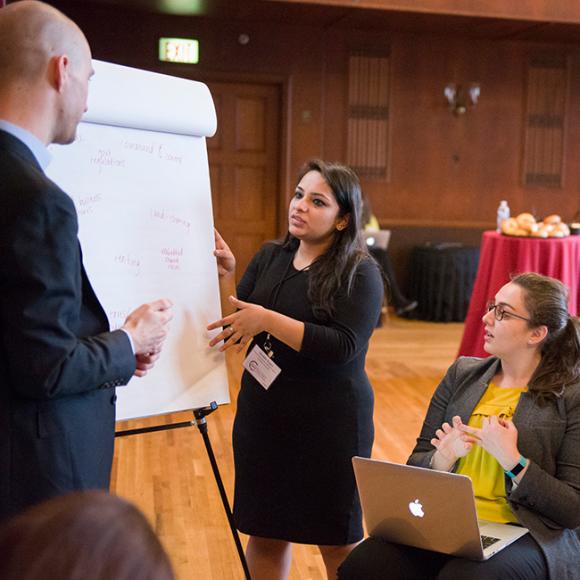