As states take the lead in confronting climate change, their flagship policy is often Renewable Portfolio Standards (RPS). RPS programs, which require that a certain percentage of the state’s electricity come from renewable sources, currently cover 64 percent of the electricity sold in the United States. A new study analyzing data from the 29 states and District of Columbia with mandatory RPS policies finds that the policies come at a high cost to consumers and are inefficient in reducing carbon emissions.

"The increasing urgency of climate challenge means that the case for ruthlessly seeking out the least expensive reductions in carbon emissions is rapidly strengthening," says study co-author Michael Greenstone, the Milton Friedman Distinguished Service Professor in Economics and director of the Energy Policy Institute at the University of Chicago. "This study joins a growing body of evidence that demonstrates that when climate policies favor particular technologies or target something other than the real enemy—carbon emissions—the result is less effective and more expensive than is necessary. In contrast, the global experiences from carbon markets and taxes make clear that much less expensive ways to reduce CO2 are available right now."

Greenstone and his co-author Ishan Nath, also from the University of Chicago, compare states with and without RPS policies using the most comprehensive dataset compiled to date. They find that RPS programs significantly increase retail electricity prices, with prices rising by 11 percent seven years after the policy became law and 17 percent twelve years afterwards. The cumulative effect seven years after the passage of the legislation initiating an RPS, consumers in the 29 states studied had paid $125.2 billion more for electricity than they would have in the absence of the policy.

On the other side of the ledger, RPS programs increase renewable generation. In states with RPS policies, renewables’ mandated share of generation increased by about 1.8 percentage points seven years after passage, and 4.2 percentage points twelve years afterwards. The paper estimates that this increased renewable generation reduced the carbon intensity (i.e., carbon emissions per unit of electricity) of these state’s electricity generation and, in turn, their carbon dioxide (CO2) emissions.

However, these reduced emissions came at a high cost. The study found that the cost of abating carbon emissions through an RPS policy is more than $130 per metric ton of CO2 abated, and as much as $460 per metric ton. This is several times higher than conventional estimates of the benefits of reducing a metric ton of CO2 emissions, a measure known as the social cost of carbon (SCC). The Obama Administration’s central estimate of the SCC would be approximately $50 per ton in today’s dollars. A second point of comparison comes from the cost of abating a metric ton of CO2 in current cap-and-trade markets in the US: it is about $5 in the northeast’s Regional Greenhouse Gas Initiative (RGGI) and $15 in California’s cap-and-trade system.

The study explains that RPS policies raise electricity prices more than previously thought, because several hidden costs have typically been ignored: 1) The intermittent nature of renewables means that back-up capacity must be added; 2) since renewable sources take up a lot of physical space, are geographically dispersed and are frequently located away from population centers, they require the addition of substantial transmission infrastructure; and 3) by mandating an increase in renewable power, baseload generation is prematurely displaced, and some of the cost is passed to consumers.

“While the retail price for wind and solar has dropped in recent years, our research suggests that the majority of RPS programs’ costs are through these indirect channels associated with their integration into a highly-complex electricity grid,” Greenstone says. “We think the next frontier in making renewables an important part of the grid globally is to focus on policies and technology mechanisms that facilitate the integration of these intermittent sources onto the grid, such as advanced storage technologies and time-of-use pricing.”

Greenstone and his co-authors note that at least some RPS policies also have goals beyond reducing carbon emissions, such as spurring improvements in renewable technologies and improving job growth in the renewable sector. They were not able to analyze the extent to which portfolio standards have succeeded in meeting these goals. However, they noted that “If they do drive down generation costs industry-wide, then this would alter any cost-benefit analysis.” The analysis also does not assess the impact of RPS policies on criteria pollutants. However, these pollutants are subject to national limits, which are enforced at the county level by the Environmental Protection Agency.

END_OF_DOCUMENT_TOKEN_TO_BE_REPLACED 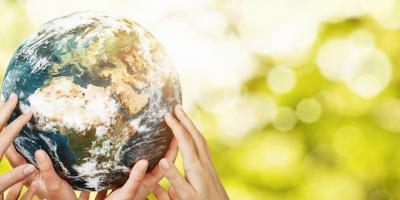