Now that we have come to terms with remote education, we must ask what we are losing by making the switch? While much of the Western world has moved to online learning relatively easily, the same cannot be said for remote communities in Africa.

Most American schools were able to roll out standard remote learning models in response to the impact of Covid-19, many signing contracts with Zoom or other platforms. This was not true for the developing world.

Students in America have, in turn, been able to log onto their Zoom classes and go about their lives without much trouble. In the worst-case scenario, a student in America gets bored and chooses not to attend all their courses.

In disadvantaged communities in developing countries, the worst-case scenario is much worse. Access to the internet (or the lack thereof) creates a significant gap in remote education between developing and developed countries. This situation changes the global access to knowledge and exaggerates the disparities between internet-accessible communities, and communities that struggle for this basic necessity.

Governments, policymakers, and educators must know the extent to which differences in remote education widen these gaps, and how Covid-19 is making the situation worse. Additionally, they need to prepare for how they will make up for their losses when they begin to reopen.

A higher percentage of learners in developed countries have access to the internet than those in developing countries. The United States, with a population of 330 million, has up to 313 million internet users with more than 152,000 available Wi-Fi locations. Zimbabwe, with a population of 14.8 million, had only 8.6 million internet users in 2019. The U.S. has an 87.27% internet penetration rate compared to 21% in Zimbabwe.

Household statistics are one of the most used metrics in measuring poverty. In the U.S., 110.57 households had a fixed broadband subscription from 2000 – 2018. The number of mobile cellular subscribers in Zimbabwe was 12.9 million from 2000 – 2018, but that does not necessarily indicate access to the internet. However, one can imply that the number of cellular users was similar to the number of internet users. More than 6 million students in Zimbabwe already had access to some form of distance or online education in 2017.

But for the U.S., it's not just about general statistics. Online education has helped people across the country study while at home with their parents and stay safe from Covid-19, all while continuing to complete their course requirements. In Zimbabwe, there are more problems than simply finding a quiet place to study. There is a shortage of qualified teachers, a lack of electricity, and few learning devices per household. Zimbabwe Democracy Institute indicates that the rural population constitutes 67.72%. However, only 23.12% have access to the internet. Relying on online education in developing communities is not a sustainable way for children to continue their education.

Education is lowering in quality in both the developed and the developing world, and it may not be quickly recovered. As children in America are still in contact with their teachers, albeit virtually, that is not the case for children in Africa. For those with computers, and perhaps an internet connection, working remotely with teachers is still challenging. On top of this, some teachers do not have access to the internet or lack the digital skills required for online teaching.

There are inequalities that children face no matter what - in America or Zimbabwe - because distance learning has limits. Some courses cannot be delivered online, particularly those that require hands-on practice, such as science labs and physical education. Online learning is a challenging process, and without supervision or training, children are unable to perform or sustain themselves through the process. David Perry said that "access to parental support and appropriate learning spaces in the home may be an even greater problem.”

However, while online learning is difficult for students everywhere, it is much safer for children in developed countries. In developing countries, such as Zimbabwe, plenty of students do not have a safe space to study. They face emotional challenges from being at home in cramped spaces with other people pressuring them. For example, many girls are pushed towards early marriages and household responsibilities over studying.

Some children I have met in rural Zimbabwe, like Menia Musiiwa and Leticia Murandu, are facing these dangers every day. They are learning through scholarships provided by the African Community Fund for Education. To do so, they walk very long distances to school, sometimes going to school hungry. Their parents and schools can hardly support them in person - but they certainly cannot fulfill their dreams of using a phone or connecting to the internet now. If their families had money, they would use it to buy food.

American teachers are currently envisioning their reopening - and many European countries have already reopened their schools. Teachers in developed countries are beginning to make up for the months of knowledge that students missed. They are prepping make-up lesson plans and fast-tracked courses to get students back on track. In developing countries, where healthcare is often not up to the same standard, the reopening process will be slower and more difficult. Zimbabwe recently postponed reopening plans. Weaker states are not able to reopen safely in a fast manner. There is often less educational spending - meaning that the teachers and school administrators have less to work with and more to accomplish than their Western counterparts.

According to Prince Gora, the most significant problems children face in Zimbabwe are access to internet networks and high data costs. Students are hardly filling any gap by transitioning to remote learning – but for those who don't want to fall behind the clock, online learning is a better alternative. Students and teachers were not prepared for this rushed solution. Governments need to put more money into building fast networks, equipping learners, and educators with skills and training and making the internet accessible and affordable for disadvantaged populations.

While remote education will never be sufficient for all students - it appears that it is adequate for developed countries. Many students in developing countries did not have internet access before the pandemic, and they certainly do not have it now. It will take underserved education departments more time and effort to reopen safely, which ultimately hurts the children. Students in the developing world face longer times away from school and a tougher time catching up in class when they can finally return. For students in the developing world to catch up in school and return safely, governments will need to prioritize the accessibility of education. They need to consider students in cities and rural areas and provide access without discrimination. Once the education infrastructure is strengthened, students will be able to learn safely again.

Stanley Ndambakuwa is an Obama Scholar at the Obama Foundation and the President & CEO at African Community Fund for Education. Stanley is a graduate from the University of Chicago Harris School of Public Policy with a Master of Arts degree in International Development and Policy, and a Graduate Certificate in Global Conflict Studies.

END_OF_DOCUMENT_TOKEN_TO_BE_REPLACED 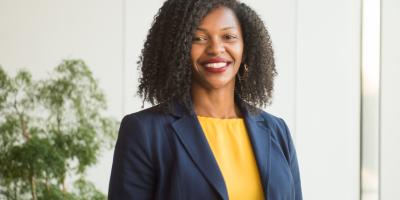 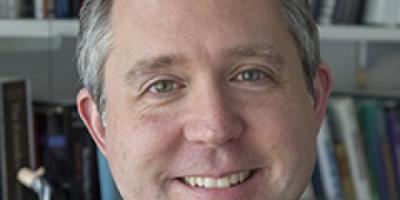