“I’m particularly interested in using data and numbers to answer key questions—How can education policies contribute to or exacerbate social inequality? Does your school determine your outcome?”

Driven by a desire to enact justice, Dylan Jacovo is pursuing his Master of Public Policy (MPP) at Harris to create social change through quantitative policy approaches. While growing up in Phoenix, Arizona, Jacovo saw the impacts of poor policy decisions all around him, including his education—attending public schools in one of the lowest-funded areas in the country—and his brother’s experiences with drug addiction.

“It’s all driven by policy,” Jacovo says. “I’m particularly interested in using data and numbers to answer key questions—How can education policies contribute to or exacerbate social inequality? Does your school determine your outcome?”

Jacovo’s time in Title I schools, first as a student and later as a coach, mentor, academic tutor, and substitute teacher, taught him that personal commitment from faculty and administration often isn’t enough when faced with critical underfunding and bad policy.

Based on these experiences and driven by an interest in “the nuances of public policy and law and how it impacts people’s lives,” Jacovo studied political science, law, and Spanish at the University of Arizona, in Tucson, Arizona. He also interned in the offices of both of Arizona’s U.S. Senators during his undergraduate career. He then interned at the Jerusalem Institute of Justice, an NGO in Israel, before returning to Arizona to work as a substitute teacher and tutor in roughly three dozen schools throughout southern Arizona.

As a first-generation college student, Jacovo had long viewed institutions like the University of Chicago as unattainable. However, the more he explored graduate degrees, UChicago started to become a real possibility. “I was really drawn to the prominence of UChicago as an institution, and Harris’ focus on data-driven policy was attractive, since I knew a quantitative focus was necessary for sustained social impact.”

Once at Harris, Jacovo immersed himself in a holistic graduate experience. His first year, he was appointed as an MPP representative to Harris’ student government. “I felt as a first-generation college student I had a duty to bring that perspective to the table—to protect students like myself from being overlooked.”

He ran for Academic Chair for the same reasons, most recently working to articulate concerns relating to the new virtual format. Jacovo was also a part of the process of facilitating changes to the Harris TA program and Harris Core curriculum, and he worked to connect students to various resources around campus.

Jacovo also works as a Graduate Assistant for the Office of Diversity and Inclusion. “I was the first Graduate Assistant in D&I, and it has been really rewarding. Creating space where identities are celebrated and explored is invaluable. My work as a GA has been truly rooted in social impact, with a lot of exciting programming coming up at such a critical point in American history.”

For the past few months, Jacovo has also served as an Orientation Leader for the incoming class of Harris students. “When I first arrived at Harris, I struggled with imposter syndrome. I had a great Orientation Leader who was able to get it into my head that I belong here. I hope to do the same for incoming students.”

Most recently, through the Harris Mentor Program, Jacovo was placed with Paula Wolff, a policy advisor at the Illinois Justice Project, a group which aims to make the justice system more equitable. “I’m really excited to engage with Paula and discover ways to connect my background and experiences to a career with social impact.”

“My Harris experience has helped me better understand the intersection between education and social inequity,” Jacovo says. “The skills I have gained translate directly into my goal of creating education policy that helps to bridge those gaps.”

END_OF_DOCUMENT_TOKEN_TO_BE_REPLACED 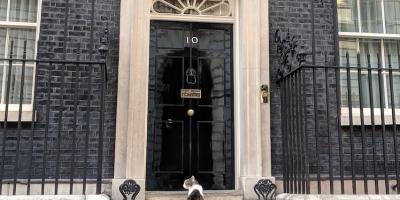 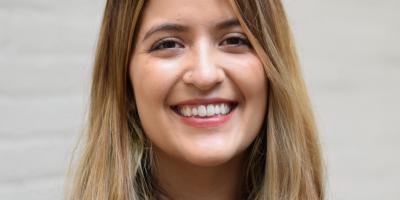 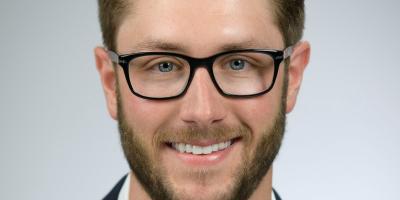 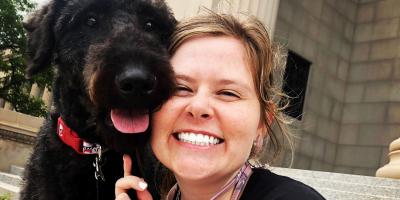