Growing up in Mexico City, Alejandro Roemer says he recognized his privileges and has always been motivated to give back. “There are institutions that mainly benefit the few, and as one of those few, I have a responsibility to make them more inclusive. I want to make a real impact in my country with the tools and knowledge I'm investing in at Harris and help create a more just Mexico.”

A rising second year Master of Public Policy (MPP) student and Fellow at The Pearson Institute for the Study and Resolution of Global Conflicts, Roemer studies organized crime and drug-related violence—issues he believes have particularly afflicted Mexico in recent decades.

Roemer learned about The Pearson Institute at a Harris event in Mexico City. “At the time, I was working for Mexico's second largest bank and teaching international humanitarian law at two universities. I rushed my application when I learned that the Pearson Institute focuses on interdisciplinary study of armed conflict and global violence. I knew I wanted to work with UChicago Professor Benjamin Lessing, author of Making Peace In Drug Wars, as soon as I was on campus.” With a three-month research grant from the Pearson Institute, Roemer secured a Research Assistantship with Professor Lessing that has outlasted the grant and will continue through the summer.

Roemer also knew he had found a quantitative and data-driven program at Harris that would complement his prior education. As an undergraduate at Mexico Autonomous Institute of Technology (ITAM), Roemer majored in International Relations because he wanted interdisciplinary studies “related to politics and public interest.” He also pursued a dual-degree, and in five years completed his BA from ITAM and an MA in Human Rights and Humanitarian Action with a concentration on Latin America from the Paris Institute of Political Studies.

Now beginning his second year at Harris, Roemer said he is truly appreciating the breadth of opportunity at UChicago. “While no single discipline can solve all social issues, Harris has designed an MPP program that allows you to cover many disciplines and take classes from across the University.” Having conquered the Core Curriculum, Roemer is excited to explore behavioral economics courses and pursue the Global Conflict Studies and Data Analytics certificates.

In addition to his coursework, Roemer also serves as a writer for the Latin American Policy Review (LAPR).

He also continues to support Artizapán, an organization he co-founded in Mexico dedicated to improving economic activity and safety in Mexican neighborhoods through communal art.

Where does Roemer see himself next? "I plan to return to Mexico after I complete my MPP. I aspire to work for Mexico’s National Human Rights Commission to improve their reporting and data practices with the quantitative skills I've gained."

END_OF_DOCUMENT_TOKEN_TO_BE_REPLACED 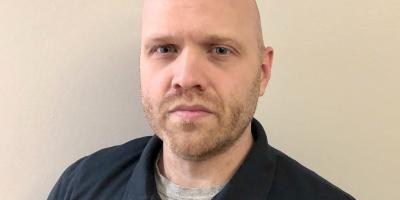 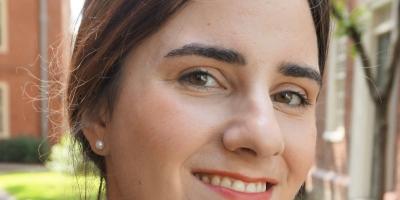