Among the signature initiatives of Gov. Marco Mena, MPP’94, the governor of the Mexican state of Tlaxcala, is a poverty reduction program called Supérate, credited with decreasing the number of people in extreme poverty in Mena’s Tlaxcala by 50 percent.

Supérate, which translates to Surpass Yourself, is a perfect illustration of what Mena took away from his time at the University of Chicago Harris School of Public Policy – a passion for solving problems and a commitment to data-driven approaches.

“We designed an evidence-based poverty reduction program, testing the evidence through social experiments to ensure we developed the proper tools,’’ said Mena, winner of the Harris Alumni Council’s 2020 Career Achievement Award for more than two decades of work in policy, politics, and government.

“We have been able to have a very strong impact very fast,’’ Mena said, reducing extreme poverty from 5.7% to 3.1% since he was elected to his six-year term as Governor four years ago. By comparison, the extreme poverty rate across all of Mexico is 7.4%. Poverty reduction in Tlaxcala was the third highest among all Mexican states and this reduction rate was more than three times greater than the national rate

Considered cutting-edge, Supérate limits participation to two years and delivers an array of individualized services aimed at preparing people to earn their own income when they leave the program. Supérate provides regular payments for food and housing and, beyond that, help with skills training programs, attention to early childhood, savings incentives, and even capital when things like a new refrigerator or computer would make a difference.

“This is contrary to other social programs in Mexico and almost everywhere in the world, where once a person gets into a program they stay forever,’’ Mena said.

Inspired by Harris’s approach to public policy, Supérate’s design is actually Harris “in-house,” said Mena, who created the program and then turned to another Harris alumnus, José Luis Bustos, MPP’10, to oversee implementation.

Mena’s determination to battle poverty was one of the two main factors driving him to choose Harris over eight other graduate programs to which he had been accepted. “Harris had the most prestigious professors regarding poverty policy,’’ Mena said.

The second factor: “For me, it was a unique opportunity because I was the first Mexican to be admitted to Harris. I feel very proud of that.’’

Born and raised in Tlaxcala, his parents were public school teachers. They were not poor, though Mena was keenly aware of poverty surrounding them. He understood from a young age the importance of education.

“I was very aware of the impact that a good teacher can make in a young mind. It was clear to me that education was the way through almost everything.’’

Mena attended high school at the National Polytechnic Institute in Mexico City and earned an undergraduate degree in public administration from El Colegio de México, among the most highly regarded universities in Latin America.

He has vivid memories of arriving in Hyde Park in 1992 to begin his study at Harris.

“The first contact with the University of Chicago environment was very striking to me. It was a very intense intellectual environment, with extremely intelligent and brilliant people in every field—statistics, public management, game theory, economics.’’

And, he said, “I remember the extremely high caliber of my classmates.’’

After graduating from Harris, Mena worked with the World Bank in Washington, D.C., and Ecuador, and then returned to Mexico to begin a career in government, a succession of roles first in the Ministry of Interior and then the Ministry for Social Development. He studied, developed, and implemented health, education, and social security programs related to poverty reduction.

At the Mexican Institute for Social Security (IMSS) his work contributed to better health services for more than 50 million people.

“It is very important to me that in these positions I have had the opportunity to have impact on millions of people,’’ he said.

Mena returned to Tlaxcala in 2011 as Secretary of Tourism. It was a political appointment, and also a labor of love.

Mena set out to elevate Tlaxcala’s rich past, driving economic growth by defining an underdeveloped tourist industry and leveraging important Tlaxcaltecas ruins and the historic capital City of Tlaxcala.

“Proud of the history and cultural heritage of Tlaxcala,’’ reads the tagline on @MarcoAMena’s Twitter feed, where he has 40.6K followers.

After the tourism role, Mena’s first foray into politics, he ran successfully for state representative in 2013 and then for president of the Institutional Revolutionary Party in his state. Even he was a bit surprised by those wins, he said, as it’s rare for a newcomer to prevail on his or her first attempt.

Plus, “it was sincerely very difficult because I didn’t have the traditional profile of the politician in Mexico,’’ Mena said.

Mexican politicians tend to be narrowly focused, he said, more concerned with very local issues and simply getting elected rather than with policy and big ideas.

“My point of view is broader. I wanted my state to become a positive reference in the national arena, to take full advantage of its industry potential and full advantage of the talent of the people of Tlaxcala, and that is achieved through education.’’

Campaigning with the slogan “New Vision for a Better Future,’’ his administration has focused on economic growth, job creation and education along with poverty reduction. Tlaxcala’s economic growth rate in 2019 was first among Mexican states at 5.6%. Job creation for the past three years was highest ever since the Social Security Institute of Mexico began tracking.

Julio Franco, MPP’01, a public policy consultant and friend of Mena, said that the Governor stands out among Mexican government officials because he articulates big ideas yet also has a grasp on details and practicalities.

“He is admired among secretaries, other governors and mayors. He can explain difficult technical problems and solutions, and that’s very rare in a politician,’’ Franco said.

The community of policy analysts still is surprised and impressed, Franco said.  “There’s always a question that is discussed: How did an expert in public policy become a Governor?’’

Mena says the hallmark of his administration is rooted in principles he learned from Harris. “I strongly believe that we need to make decisions based on evidence. I insist on having the statistical analysis on the table.’’

Mena met his wife Sandra Chávez 20 years ago. She worked in senior positions in the Ministry of Finance and the Mexican Tourism Council, and he is grateful that she stepped away from her career to move to Tlaxcala.

“She was a very independent professional woman, dedicated to public service as well, so it was a difficult decision for her to leave.’’

Today she is honorary head of the Integral Development of Family Institute, spearheading an initiative that has led to a change in adoption laws and higher rates of adoption, including many taking place abroad.

Mena speaks with pride of their own children, 8-year-old twins – Constanza, the budding pianist, and Claudio, who studies Chinese.

The Mexican constitution prevents him from seeking reelection when he completes his term as Tlaxcala governor in 2021. He is weighing whether to run for a national office or to move to the public sector.

Mena has two goals for Tlaxcala. One is quite feasible – to lead the nation in economic growth and job creation.

The second is even more lofty, and will be difficult to achieve, Mena said. That is a shift in culture, to a society in which merit is valued more than personal or political relationships.

Mena has stayed connected to Harris, hosting Harris students in Tlaxcala and recently sending a group of 40 Tlaxcala students to Chicago for a week-long Harris seminar. Some called it life-changing.

To current Harris students, Mena offers this advice: “Get the maximum benefit from Harris professors. The quality of the professors is incredible.

“And enjoy the intellectual environment of the University of Chicago. It is very difficult to find somewhere else.’’

END_OF_DOCUMENT_TOKEN_TO_BE_REPLACED 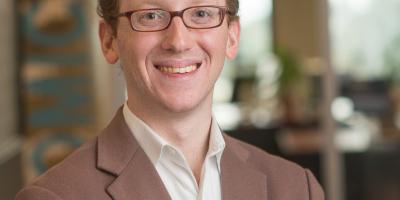