From think-tank analyst to 10 Downing Street Special Advisor to frequently cited commentator, Raoul Ruparel, AM’09, AM’10, has experienced the last five years of Brexit tumult like few others.

Ruparel has studied, strategized, negotiated, and opined on the UK’s departure from the European Union. Some credit him with the Northern Ireland solution unlocking the eleventh-hour agreement that finally settled terms of the UK’s withdrawal from the EU at the end of 2019.

Now a year into his current role as Advisor at Deloitte UK, Ruparel was named a 2020 Rising Star by the University of Chicago Harris School of Public Policy’s Alumni Council.

Ruparel says he could not have planned the path that took him to the center of UK’s policy and politics universe – an office at No. 10 Downing Street advising Prime Minister Theresa May. But he found himself prepared for it.

“I ended up being in the right position at the right time with the right skill set,’’ Ruparel said. “Sometimes it does feel a bit surreal.’’

“I knew I wanted to work in politics and policy, and I always had an interest in data,’’ Ruparel said. “Harris gave me the tools to properly understand and properly utilize data.’’

Those tools served him well in his first job after Harris, as researcher at the think tank Open Europe.

“Transported into the think tank world, I was suddenly responsible for my own research and having to write it and defend it publicly,’’ Ruparel said. “Having that comfort level with complex data sets and equations and the confidence to trust my data analysis skills was really important.’’

Specializing in UK and EU policy and the pending referendum, Ruparel rose to lead Open Europe in highly regarded work that analyzed both sides of the contentious policy debate.

The independent work was appreciated as a public service and also positioned Ruparel to play a major role in implementing Brexit after the nation’s close vote for “Leave’’ over “Remain.’’ He was the rare expert who had not taken a side on the complicated subject.

Ruparel was tapped as Special Advisor to the Secretary of State for Exiting the EU. With much still to be worked out, Ruparel’s role included advising on negotiations and conducting the associated horse-trading, as well as overseeing the creation of the giant new government arm, the Department for Exiting the European Union.

Just short of two years into long and intense days, the Secretary of State, his boss, resigned over disagreements with May, the sort of political upheaval that no longer surprised Ruparel. The Prime Minister immediately asked Ruparel not only to stay, but to move to No. 10 Downing Street as her Special Advisor.

If the job at the Department for Exiting the European Union was high pressure, it was doubly so at the epicenter of British government. Advising the Prime Minister on the most monumental change in recent British history, Ruparel worked across government and political entities to set strategy and shape negotiations, striving to devise policy that was good for the UK and also politically tenable.

“All of this was in the context of a government that had no majority, and so it couldn’t get done what it wanted to do,’’ Ruparel said. “It involved a lot of creative thinking – trying to come up with different ways to solve an intractable problem.’’

May “was hamstrung,’’ Ruparel said. “She didn’t know the way through because, ultimately, there wasn’t a way through.’’

May resigned. Her replacement, Prime Minister Boris Johnson, invited Ruparel to stay on, and he nearly did, changing his mind on the very day Johnson moved to 10 Downing. Ruparel disagreed with the strategy Johnson was set to announce in his first speech.

“It was never going to work, and it didn’t work,’’ Ruparel said. “They (Johnson and team) eventually ended up largely adopting the strategy I wanted to adopt when theirs failed. But that is, I guess, beside the point.’’

Ruparel took several months to unwind from the intensity of the Prime Minister’s office, rediscovering Saturday football with friends and swimming.

“You just don’t realize how much you’re giving up in jobs like these, that all of your hobbies and pastimes have fallen by the wayside. It’s nice to just not have to work weekends and be able to switch off.’’

Still, he remained a close observer and frequenter commentator on Brexit, penning columns for Politico and granting interviews to media outlets such as The Guardian, the Financial Times, The Irish Times, and the Wall Street Journal. For his 14,000 Twitter followers, he unpacked developments and speculated on behind-the-scenes moves.

At Deloitte, he is advising clients on, among other things, how to navigate the new world of Brexit.

Deloitte is a new direction, allowing him to learn consulting and the businesses of his clients while building on his expertise and experience.

“Nothing can replicate being at the center, but you have to find something else that’s going to motivate you and figure out what sort of balance you want in your life.’’

Ruparel grew up in a London suburb, the son of an Indian father and Swiss mother, both of whom moved to London at young ages and assimilated into British culture. “I had a very English upbringing, very typical. They did instill in me a desire to travel and see other parts of the world.’’

At age 33, he is considering the professional path ahead. Being at the center of Brexit was great and might be tough to replicate, but he doesn’t expect it was the peak of his career.

He considers what will motivate him, how he can make a difference. One option might be a consulting business that combines policy and politics with business implementation. Few firms do both, a gap he sees in the marketplace. He doesn’t rule out another government advisory role.

For now he is focused on building a significant role at Deloitte and “finding that drive again.’’

When Ruparel looks back at his time at the University of Chicago, he recalls the drive of the people around him.

“I remember when I first turned up, the approach compared to English university was so different. It’s so full-on in many ways,’’ he said.  “It was the constant assessment and the challenges, people around you rising to those challenges, and you also have to rise to them.’’

His classmates were “very smart and competitive – in a good way though, in a way that drives everyone to be better.’’

And that left a mark.

“Going into the type of job I did, it’s very easy to feel daunted and overwhelmed. But if you have confidence in yourself, you can raise your game when there are challenges. That lesson is something important I took from UChicago.’’

END_OF_DOCUMENT_TOKEN_TO_BE_REPLACED 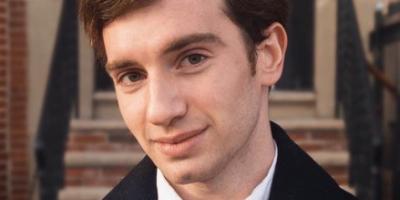 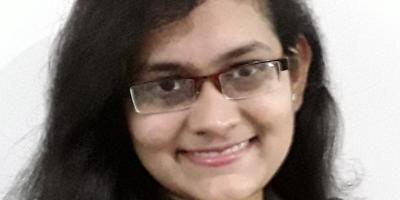 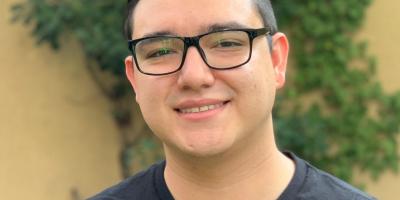 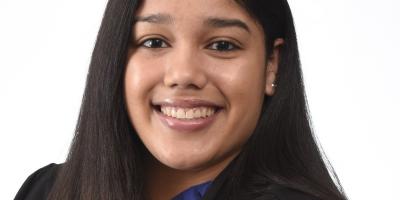