Beware of the Neighbors

Every day the news is filled with stories about insurgencies – about terrorist attacks, about the groups perpetrating them and about the steps taken to defeat their fighters. But we have a tendency to look at just one country at a time when trying to find solutions, not at the relationship of the country attacked with those that surround it, and little is known about trans-national insurgent activities. Fortunately, Assistant Professor Luis R. Martinez has completed a new paper that shows that a neighbor who is sympathetic to the interests of rebels and terrorists can lead to increased violence, higher homicide rates and other ills in areas close to the border.

“As long as pariah regimes exist we can try and deescalate conflict, but insurgencies very often enjoy external sources of support and this limits the effectiveness of various counterinsurgency measures” Martinez explained.

As many as 55 percent of insurgencies in the post-World War II world have operated across national borders, including the Palestinian rebels in Jordan and Lebanon, the Nicaraguan Contras in Honduras and Costa Rica, and the Rwandan Hutu militias in Zaire. To better understand how these relationships work and how they affect conflicts, Martinez studied Colombia during the very late 1990s and into the 2000s to figure out how cross-border activities affect conflicts and those living in border areas.

In “Transnational Insurgents: Evidence from Colombia’s FARC at the border with Chavez’s Venezuela,” recently published in the Journal of Development Economics, Martinez explains that when insurgent groups work in neighboring countries they proceed in one of two ways: Either the neighboring nation is welcoming to the group and its aims or the group inflicts their presence on weak neighboring states that cannot stop their activities. As a result, and as other researchers have already shown, conflicts that involve transnational insurgencies tend to last longer than other engagements and are more likely to cause a war between countries.

When Hugo Chavez took office as president of Venezuela in 1999 he did not bother to hide his support for left-wing insurgent groups FARC and ELN, who were attempting to overthrow the government of neighboring Colombia. At the same time, nations such as Russia made no secret of their support for his regime. Under Chavez, the presence of the insurgent groups in Venezuela increased significantly as their guerillas were able to expand their operations and attack with more frequency and intensity.  Supplies and arms could be kept outside of Colombia so that raids would not diminish their numbers and in the safe haven of Venezuela the insurgents had the opportunity to take the time to plan attacks and determine how best to use their assets.  Plus, escape after an attack was easier when officials and others could not follow the guerillas into Venezuela, and eventually, Ecuador, where activity increased after a FARC commander moved across the border.

“A laptop was seized that contained a lot of FARC files,” Martinez added. “What is interesting is that in Ecuador, even though FARC tried to reach the Ecuadorian government, they either failed to get to the higher levels or the reply from those they did reach was that there was no interest and that they were not welcome.”

In border municipalities near Venezuela, Martinez found that after Chavez came to power, fewer property and business taxes were actually collected. These areas also had higher homicide rates and lower educational enrollment. Further, increased guerilla activity led to more armed clashes, acts of terrorism and town sieges. But Martinez points out in his conclusion that while it does seem clear that Chavez’s support for the insurrection groups helped them, the fact that security at the border became weaker over time contributed to their success.

Martinez also noted that because FARC worked in a very low-tech manner – they relied on short-range weapons and used mostly non-mechanized forms of transportation – their reach was limited. But in situations where insurgent groups have access to more sophisticated technology, their reach could be longer and the destruction they leave behind more devastating.

Fortunately, since Chavez’s death in 2013, the relationship between Colombia and Venezuela has begun to improve. “One of the very first things that Colombia’s current president, Juan Manuel Santos, did when he came into office was normalize relations with Venezuela. In fact, Venezuela was an important agent in the negotiations between FARC and Colombia’s government when the insurgent group agreed to lay down its arms in 2016,” Martinez noted.

Still, the methods of operation FARC and ELN used when working in Colombia, and the ways in which Venezuela’s and Ecuador’s governments either assisted or accommodated their activities can help us to understand such relationships around the globe.

“Even though my research started with a specific question about one conflict, about dynamics within Colombia and the external dimension of those dynamics, I came to see that there was much to learn about the broader dimensions of what civil conflict is,” Martinez added. 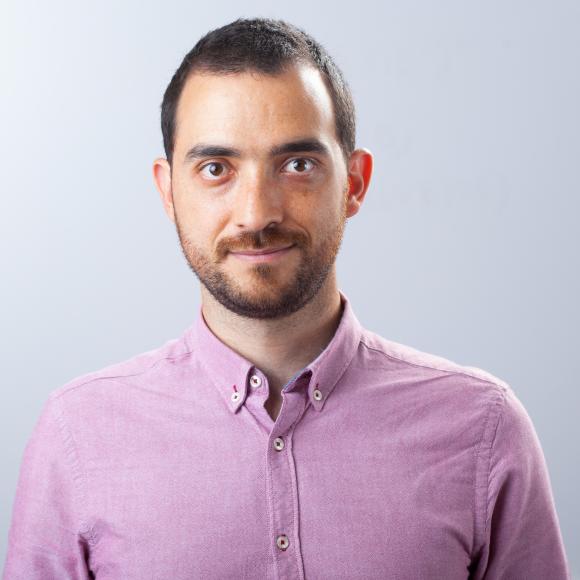 Luis Martinez's research focuses on topics related to the political economy of development, particularly the relationship between taxation, accountability, and governance.