Santiago Hoyos, MPP’21, was born and raised in Bogotá, Colombia. “Coming from a country affected by a conflict that has lasted for more than 50 years, I have long been passionate about studying violence, conflict, and using my privilege to better the lives of others.”

Hoyos majored in political science and minored in economics as an undergraduate at Universidad de los Andes in order to acquire tools to help people, particularly underprivileged communities in Colombia.

After completing his undergraduate studies, Hoyos worked in Colombia’s Office of the Inspector General. “One of my primary roles was interviewing victims of conflict, which gave me a new perspective in terms of how much people endure in extreme circumstances and how conflict can really affect a family or community.” That experience, he said, inspired him to learn more about policy—“especially the quantitative parts”—in order to try to come up with better solutions to help those affected by conflict.

The Pearson Institute, Hoyos said, was a huge motivation in applying to Harris. “There are a lot of scholars within The Pearson Institute who have worked on Colombia and know how special it is in many ways… In Colombia, we have what is considered the biggest registry of victims in the world. Around 20 percent of the population is officially registered as a victim of violent conflict, which is crazy.”

During his second year at Harris, Hoyos found an opportunity working at a Chicago NGO called Upland Advisors through The Pearson Institute. “Working at Upland Advisors provided me the opportunity to gain experience and a new perspective on conflict by researching best practices of peace negotiation processes to guide decision-making and strategy plans to alleviate the ongoing Myanmar conflict.”

The summer after completing his Master of Public Policy, Hoyos started working with Kroc Institute of the University of Notre Dame. Initially hired as an intern while still at Harris, Hoyos was later hired on as a consultant. “The work was a special project regarding indigenous and Afro-Colombian communities. One of the unique components of the project was the opportunity to co-author a first-of-its-kind report on the ethnic approach of the Colombian Peace Agreement.”

Following his time at the Kroc Institute, Hoyos found an opportunity at the Omidyar Group, a collection of companies, organizations, and initiatives that strive to catalyze social impact. As an international student and worker, Hoyos was grateful for the perfect timing in which he received his job permit to begin as an intern with them during the summer of 2021. “The organization told me that they wanted me to continue and that they would help me out with renewal of the STEM OPT extension because I did a STEM-eligible Certificate in Finance. The STEM OPT was really helpful, especially to an international student like me who wanted to live and work in the US for a bit more time.” Hoyos also earned certificates in International Development and Global Conflict.

As a consultant at the Omidyar Group, Hoyos said he applies what he learned at Harris every day. “I often think back on what I learned in Rebecca Wolfe’s course on Translating Evidence for Policy Design, such as interpreting evidence,  the importance of context—critical when it comes to understanding what can be scaled—and the importance of acknowledging political barriers when it comes to understanding policymaking. Without my Harris experience, I would not have had the possibility of having landed on this great opportunity with Omidyar Group that is deeply aligned with my goal of making social impact."

END_OF_DOCUMENT_TOKEN_TO_BE_REPLACED 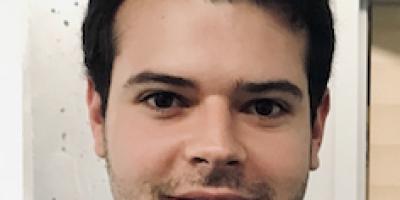 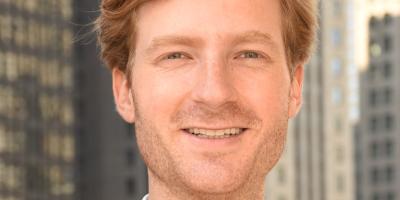 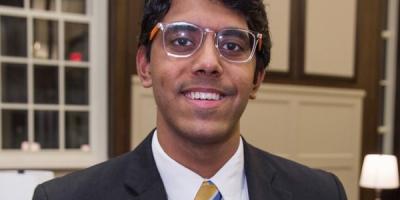