Jake Braun was appointed by President Joseph Biden as Senior Advisor to the Department of Homeland Security in February of 2021 where he focuses on Management issues.  He is also a lecturer at the University of Chicago Harris School of Public Policy.  He works at the center of politics, technology and national security to advance the field of cyber policy. He is the author of Democracy in Danger: How Hackers and Activists Exposed Fatal Flaws in the Election System and has co-authored two award-winning and seminal works on election infrastructure cyber vulnerabilities. Mr. Braun has worked extensively on national security and finance issues throughout the U.S., Europe, Asia, Africa, Middle East and Latin America.

Prior to joining the University of Chicago Harris School of Public Policy faculty and Cambridge Global Advisers, Mr. Braun was appointed by President Obama as White House Liaison to the Department of Homeland Security (DHS) where he oversaw some of the most high profile public engagements executed at DHS. He was instrumental in the effort to gain passage in the European Parliament of the largest big data sharing agreement in history between the United States and the European Union. In addition, he designed and implemented a program to modernize the DHS cybersecurity workforce. Mr. Braun also oversaw stakeholder crisis communications for the White House during the 2010 Deep Water Horizon Gulf Oil Spill.

Prior to his tenure as White House Liaison, Mr. Braun served on the Presidential Transition Team for the Obama Administration as Deputy Director for the National Security Agencies Review. In this capacity he oversaw agency review programs for all national security agencies including the State Department, DOD, DHS, CIA, USAID, etc. and guided policy assessments from their inception to the President-Elect’s desk.

Mr. Braun also designs and implements political campaigns in the U.S., Asia, Africa, Latin America and Europe. Before coming to Washington, Mr. Braun served as the National Deputy Field Director to the 2008 Obama for America Campaign, overseeing an effort that utilized the most sophisticated grassroots, social media and data analysis available.

In addition to his role at Harris, Mr. Braun is co-founder of the DEF CON Voting Machine Hacking Village, in the President’s Circle on the Chicago Council on Global Affairs, and a strategic advisor to the Department of Homeland Security and the Pentagon on cybersecurity. DEF CON is the largest hacker conference in the world and in cooperation with them he has co-authored two fundamental and critically acclaimed reports on election infrastructure cyber vulnerabilities, The DEF CON 25 and 26 Voting Village Reports.

Mr. Braun began his career as a journalist for newspapers in Illinois and Taiwan. He holds an MA in International Relations from Troy St. University, an MA in Education from National-Louis University in Chicago, and a BA in Philosophy from Loyola University of Chicago. 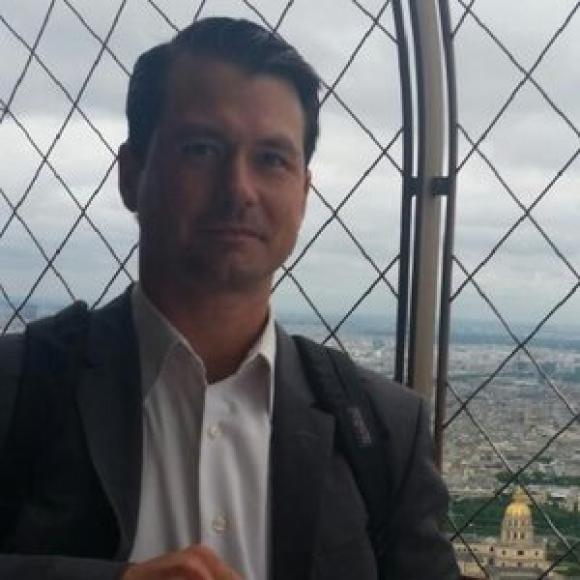