It was 1983. Midway through his second year as a disillusioned law and public policy student on the east coast, Bryan Stevenson signed up for a one-month intensive course on race and poverty litigation, bringing him to Atlanta, Georgia, to intern with the Southern Prisoners Defense Committee (SPDC), known today as the Southern Center for Human Rights, which had (and still has) a mission to defend people on death row.

The month Stevenson spent with the SPDC re-oriented him to the human beings affected by the system he had been itching to fix, and reignited a passion for addressing these issues in America.

“Proximity to the condemned and incarcerated made the question of each person’s humanity more urgent and meaningful, including my own,” Stevenson, now the founder and executive director of the Equal Justice Initiative, writes in the introduction to his bestselling 2014 memoir, Just Mercy: A Story of Justice and Redemption, which Harris Welcome Week student orientation leaders selected as this year’s Common Read assignment.

On September 27, 500-plus first-year Harris students gathered together in small groups to discuss their thoughts on the book, as well as its broader implications for criminal justice reform, public health, and education policy.

Michelle Hoereth, Assistant Director of Diversity and Inclusion and Student Life at Harris Public Policy, the first person to hold this position at Harris, said the orientation leaders began the process of selecting this year’s Common Read with a list of 25 books.

This is the third year of the Harris Common Read; the initiative was first launched by a group of Harris students who graduated the year before the first Common Read took place.

The Common Read program had humble beginnings. Barbara Barreno-Paschall MPP’17 first approached Kate Shannon Biddle, Dean of Students and Director of Student Affairs at Harris, about establishing a student diversity programming board, which was formed by inviting leaders from identity-based Harris student organizations to come together as what is now known as the Diversity and Inclusion Advisory Board (DIAB), a coordinating body of students, alumni, senior administration, and staff overseeing all affairs regarding diversity and inclusion.

The Common Read was one of the DIAB’s first initiatives, helping accomplish the board’s primary goal of illuminating policy implications within a diversity and inclusion capacity with an eye toward helping incoming students learn about their new home: the City of Chicago.

The first book selected was High Rise Stories: Voices from Chicago Public Housing, an ethnography another alumni integral to the creation of the Common Read, Isabelle Dienstag MPP’17 read while deciding what policy graduate program to attend.

“I am a longtime Chicagoan and the stories the author recorded about the social and economic impact of the very poorly conceived dissolution of Chicago’s public housing system convinced me to stay here for grad school and beyond, knowing that Chicago has a wealth of public policy challenges ready and waiting to be solved,” Dienstag said. “I thought the book would make a good introduction to the city for newcomers who might not know that history. It also provides good source material to spark conversation about race and class and how people are impacted, often negatively, by policy decisions made by people who are often very far from their lived experience.”

The same is true of Just Mercy, and the discussions that took place throughout the Keller Center, home of Harris, on September 27 brought all of those issues to light.

“Orientation leaders felt like Just Mercy was outside of the normal box that most students would probably choose to read,” Hoereth said. “But they felt like there has to be something in the Common Read that resonates with every single student if they think about it critically. More than half of our student population are international students, and so the way they think about race and diversity and inclusion could be very different than how we think about it domestically.”

During breakout discussions prior to the Common Read luncheon and panel discussion on Friday, students participated in discussions having to do with the criminal justice system in Chicago and the American South. Discussions expanded to include injustices that exist across the globe – migrant detention of Turkish guest workers in Germany and the caste-based judicial system in India, which is woefully short on judges.

The luncheon that followed the morning’s small group discussions featured a panel of speakers that Hoereth put together in order to further explore the book from a legal perspective and included Alice Kim, Director of Human Rights Practice at the Pozen Family Center for Human Rights; Risa Lanier, Chief of Criminal Prosecutions at the Bureau Cook County State's Attorney's Office; Sharone Mitchell, Jr., Director of the Illinois Justice Project; and Kimberly Smith and Nour Abdul-Razzak, Post-Doctoral Fellow at the University of Chicago Crime and Education Labs, which are part of Harris’s Urban Labs.

Mitchell said he hoped that the assembled students felt emboldened by the contents of the book and the obvious ways in which public policy can change the criminal justice system, while Lanier highlighted the improvements made to the juvenile justice system resultant from data illustrated so grippingly in Stevenson’s writing.

There will be Common Read programming taking place each quarter of the academic year, Hoereth said. Since announcing Just Mercy as the 2019 Common Read, two of Stevenson’s clients at the Equal Justice Initiative have reached out to her with a willingness to share their stories. Students will also attend a screening of the big-budget movie version of Stevenson’s book, which will be in theaters in December.

“If we can figure out how to have a greater appreciation and respect for all of our differences here at Harris, then ideally, students will take what they've learned here to the outside,” Hoereth said. “It will impact how they view their role as policymakers in terms of how they think about people and communities. We already give them an amazing set of tools in their toolbox, but oftentimes, in policy and in data, you can forget that there's actually people involved. It's really adding the humanity piece back into the world of policymaking.”

END_OF_DOCUMENT_TOKEN_TO_BE_REPLACED 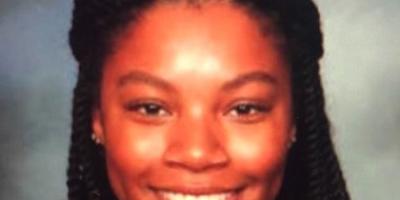