NOTE: As an assistant public defender in Cook County, the subject of this article often interfaces with people in extremis, and her life and career are affected by violence in the city of Chicago, which may be difficult for some readers.

She may not have a corner office in the Loop, but from the Leighton Criminal Courthouse at 26th and California, Assistant Cook County Public Defender Takenya Nixon (CLA'21) has a stunning view of Chicago.

She can see a great deal, including how crime, particularly gun violence, ripples across the city. Though she has no panoramic view of Lake Michigan, she has a window onto the racial and socioeconomic inequalities crippling parts of Chicago’s West and South sides. And she can spot the ways criminal justice institutions can be reformed.

From her vantage point at 26th and California, Nixon has come to a conclusion about crime and the criminal justice system: “Things need to change.”

Nixon, who is assigned to the Felony Trial Division, described some of those things in a July op-ed for Teen Vogue with the title “Rising Crime in Cities Like Chicago Should Not Lead to More Policing.”

In the deeply personal essay, she talked about her outrage over the April shooting death of a 7-year-old girl in a Chicago McDonald’s drive-thru lane and her outrage over “how a tragic death was once again being weaponized by the media, police, leaders, and lawmakers to scare the public into thinking reform is the culprit and more police is the answer.” She shared what a persistent police presence in her Southeast Side neighborhood feels like for her and her husband, Manning Brailsford. “Not only does policing fail to prevent violent crime, it creates conditions that allow for even more violence,” she wrote.

“White people have approached me and thanked me for being open and honest because they had no idea what I was feeling as a Black person in America,” she said. “They said that because of the article, they were able to really feel how heavy it was.”

The op-ed — which she said argues for reforming police departments, not dismantling them — thrust Nixon into the spotlight, a place that wasn’t as familiar or comfortable before the six months she spent in the Civic Leadership Academy at the Harris School of Public Policy, an interdisciplinary leadership development program for emerging and high-potential leaders in nonprofit organizations and local government agencies within the City of Chicago and Cook County.

“I never looked at myself as a leader. I was just doing my job, helping people as much as possible, one client at a time,” said Nixon, who has worked in the Law Office of the Cook County Public Defender for 15 years. “Going through CLA taught me that I absolutely have a voice and I have a seat at the table and I deserve that seat at the table.”

Ali Ammoura (CLA’19), one of several members of the Public Defender’s Office to go through CLA, was the one who tipped Nixon toapplying. That nudge helped Nixon — who said she “always felt like I was ” — to see herself differently.

“Going into CLA, I thought that I was going to learn about leadership and I did. But I learned my style of leadership. There is no one way of being a leader. It was hard work, but I would absolutely do it all over again.”

CLA – a program that brings leaders from the public and not-for-profit sectors together for greater understanding and collaboration – also broadened her network. She has worked on justice reform efforts with fellow cohort members including Craig Engebretson (CLA’21), a Cook County State's Attorney's Office deputy supervisor. She was inspired after hearingfrom Jahmal Cole (CLA’20), CEO and founder of the social impact organization My Block My Hood My City, as well as Dr. Brian H. Williams, a trauma surgeon at UChicago Medicine who is working to end gun violence and educate the next generation of policy leaders.

Since completing CLA, Nixon hasbeen elected to a union leadership position with the Cook County Public Defenders Association. And upper management has asked her to serve on a new panel overseeing training and development of incoming public defenders.

hese experiences have caused her to expand scope. “I was doing an interview for NPR and I told them that in my neighborhood, I hear gunshots in the distance and there’s some peace that I feel knowing that it’s not on my block or the next block over. And that’s wild. When I actually said it, I thought, ‘That’s crazy.’”

“I want to figure out a way to stop gun violence or slow it down,” she said. “I want to get laws changed in Springfield and in Washington, D.C.” Gun laws are necessary, she said, but laws like the one in Illinois that does not recognize any other state’s concealed carry license – leading people who are unaware to be hit with felony charges if stopped by police – need to be changed.

Shewants to see more resources for Chicago’s underserved communities, meaning better schools, mental health treatment facilities, jobs, and secure housing. All of these are things, she said, that give people hope.

“Some of my clients have no hope,” she said.

In 1999, when Nixon started law school at The University of Toledo, she wanted to do corporate law “and make the big money working 80 hours a week in a large office.” An internship with the Lucas County (Ohio) Public Defender’s Office changed her mind.

She moved to Chicago after law school. “As soon as I passed the bar exam and I was sworn in, my dad asked, ‘Where do you want to go to dinner?’”

“I said, ‘I don’t care.’ What I wanted to do was not eat, but drop off my application with the county for the Public Defender’s Office.”

“I’ve always wanted to help people who have felt like they have been left behind by society for one reason or another,” Nixon said during a July episode of public radio’s “The 21st Show.”

Nixon’s plan had been to continue as a public defender, one day becoming a judge. But she has changed direction. “Now I am looking into going into management. ... Someone reached out and taught me and now it’s my turn to give back.”

“What would make me feel really good when I lay my head down at night,” she added, “is to know I helped other attorneys in the office, giving them the confidence to walk into a courtroom and to own it.”

CLA is a part of the Center for Effective Government, based at the Harris School.

END_OF_DOCUMENT_TOKEN_TO_BE_REPLACED 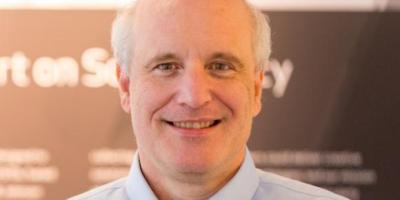 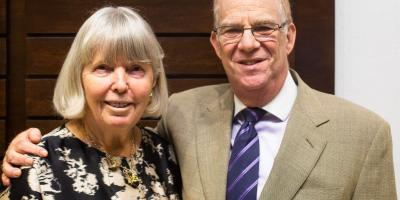 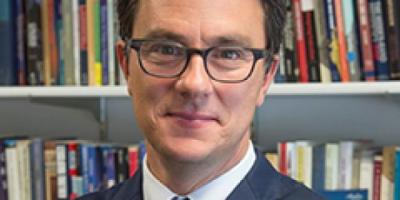